Insiders say President Isaias is now ruling largely unilaterally, keeping the public, military leaders, and even ministers out of the loop. 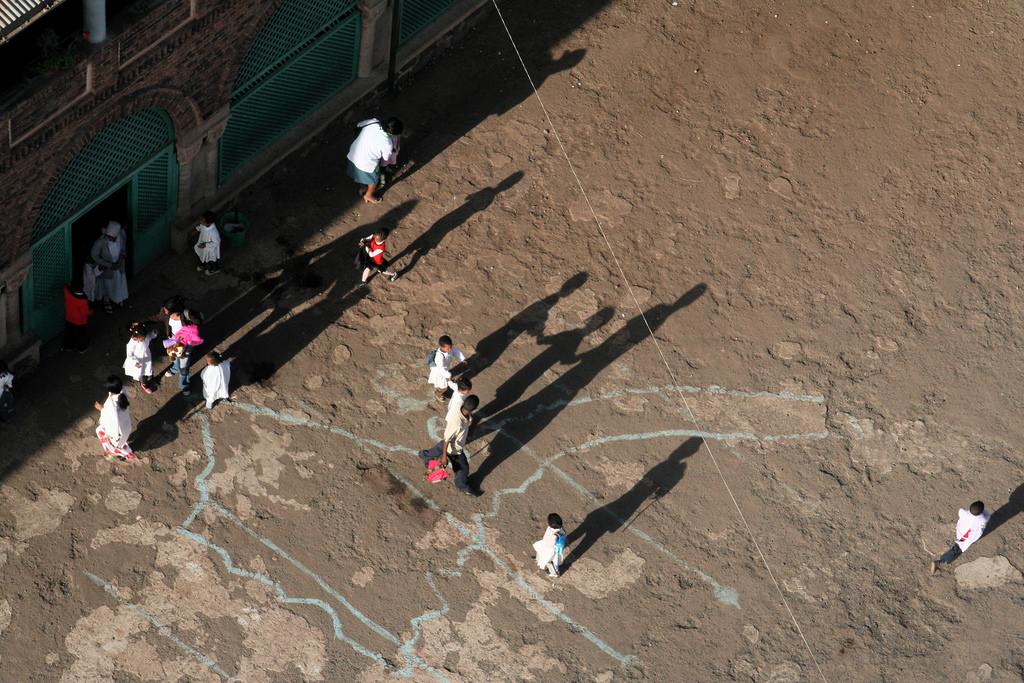 The lack of information about President Isaias’ plans as Eritrea undergoes a period a change is making many nervous. Credit: Sailing Nomad.

Eritrea’s life-president Isaias Afwerki could hardly have had a busier 2018. This year, he has signed an historic peace deal with Ethiopia. He has built close relations with the UAE and Saudi Arabia. He has re-emerged as a man of paramount importance in regional politics, and he has had UN sanctions lifted on Eritrea.

That is not a rhetorical question. Isaias has long overseen a closed political system, but this year, its secrecy has reached new heights. While the president used to maintain close relations with his subordinates as a way of control, he is now making momentous decisions almost single-handedly. He is governing without informing, let alone consulting, his colleagues.

When Isaias made the dramatic announcement on 20 June that Eritrea would send a delegation to Ethiopia to discuss peace after 20 years of hostilities, for example, most ministers were hearing the news for the first time, according to inside sources. The first time the cabinet met to discuss relations with Ethiopia was on 28 September, almost three months after the 9 July peace deal had already been signed.

The president has been similarly tight-lipped with the Eritrean people. It was only on 3 November that Isaias sat down for his first interview on the topic. But in the 80-minute monologue-cum-lecture with state media, he talked only about regional dynamics. It was advertised that he would address domestic issues in a second part, but Eritreans are still waiting for that instalment. In the meantime, Isaias has returned to Ethiopia to meet with Prime Minister Abiy Ahmed for a seventh time and signed another mysterious deal, this time joined by Somalia’s president.

“A state of uncertainty”

Inside sources in the Eritrean government, who have asked to remain anonymous for their security, describe a situation in which officials and ministers have very little idea of the president’s plans and actions.

“We are all in a state of uncertainty,” said one senior official. “Obviously, a love affair [between Isaias and Abiy], now turning into a romantic series, is being played way above us. Everyone complains. No one knows what to do.”

Another well-placed individual told African Arguments: “Most ministers are avoiding contact even with their staff in fear of being asked to share their opinions that would eventually reveal their ignorance.”

This opacity could explain why ministers have seemed unable to answer questions posed by international journalists. When Information Minister Yemane G. Meskel was asked by Reuters about rumours that indefinite national service was to be abolished, for example, he could neither confirm nor deny it. Minister for Labour and Human Welfare Luul Gebreab was similarly vague and unforthcoming when cornered on the same subject by a Bloomberg journalist.

According to figures in government, Isaias has also marginalised his top military commanders. For the last two decades, the president forged close links with these army leaders, allowing them to engage in reckless corruption to buy their loyalty. But sources suggest that he has side-lined these commanders and now passes orders straight to middle-ranking officers.

Insiders familiar with the situation say that, at the moment, Isaias spends most days in his office in Adi-Halo, on the outskirts of the capital Asmara. There, they say, only four people are permitted to visit him: Yemane Ghebreab, the political affairs head of the ruling People’s Front for Democracy and Justice (PFDJ); Osman Saleh, Minister of Foreign Affairs; Yemane G. Meskel, Minister of Information; and Hagos “Kisha” Ghebrehiwet, the PFDJ’s economic affairs head and the president’s confidante.

They are reportedly summoned not for discussions, but to relay messages and oversee the government’s daily operations.

In this vacuum of information, speculation and fear has filled the gap in this tumultuous time of change for Eritrea.

One particular area of concern surrounds the country’s future relations with Ethiopia. Since the start of the speedy rapprochement, certain comments by Isaias, Foreign Minister Osman and others have made some Eritreans nervous. In particular, rhetoric of Ethiopians and Eritreans being “one people”, the rapid warming of relations, and the fact that the border demarcation has been all but been forgotten have led some to fear that some kind of confederation between the two countries is in the offing.

This theory was given further weight in November when the ruling PFDJ distributed a list of “Essential Readings” (ኣገደስቲ ጽሑፋት). Among the compiled articles was one by Dawit W. Giorgis, a former governor under the Derg, the regime that ruled brutally over both Ethiopia and Eritrea before the latter gained independence.

In the piece, Dawit, who turned on the Derg, describes meeting Isaias during the armed struggle. He says he told the then rebel leader to take over all of Ethiopia to which, he claims, Isaias responded: “You can be certain Mr. Dawit, that if and when we get our independence, our priority will be to unite the people under some sort of federal arrangement.”

Another issue that has prompted interpretation is Isaias’ relationship with the Tigray People’s Liberation Front (TPLF), a constituent party in Ethiopia’s ruling coalition. The president has a historical personal animosity with the TPLF, , which was the most powerful party in Ethiopia before Abiy became Prime Minister in April 2018, and has framed the party as a threat to the region’s stability. Other Eritrean officials have followed his lead in calling for the old guards from the TPLF to be cleared out.

Isaias even reportedly banned Eritrea’s most famous singer, Helen Meles, from touring and playing shows after she performed in Mekele, the capital of Tigray Region, this November. The president is understood to have been so displeased by her gesture that he thought it right to punish a singer who has long helped praised on him in her songs. Sham Keleab, the head of Asser Band and Meles’ partner, was also reportedly stripped of his leadership role.

Isaias’ vocal targeting of the TPLF has even got to the point that one of the party’s founders, Abay Tsehaye, recently pleaded openly with him to forgive and forget.

For many outside Eritrea, President Isaias’ decision to pursue peace with Ethiopia this year has sparked widespread hope. But for those in the country, little has changed. In fact, for some, the fast-paced high-level changes, the even greater centralisation of decision-making in the presidency, and the near-total lack of information have made people more concerned than ever.

According to one man who recently crossed into Ethiopia, people in Eritrea are “more afraid now than they used to be before the peace”.