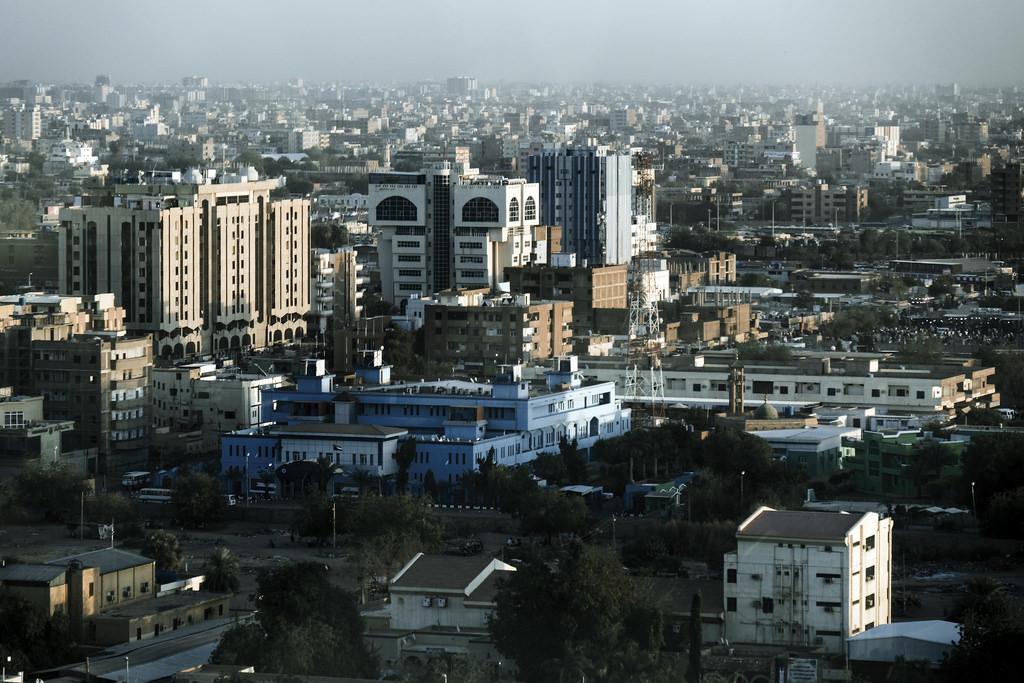 For nearly three weeks now, Sudan has witnessed widespread protests against the regime of President Omar al-Bashir. In towns and cities across the country, people have taken to the streets calling on the president to step down after thirty years in power. These latest protests were triggered by the sharp rise in the cost of bread and fuel, but anti-government demonstrations have simmered in Sudan for several years.

In the face of these large-scale protests, President al-Bashir has thus far refused to step down. Nonetheless, the scale of current uprising has reminded many in Sudan of two previous popular revolts that did eventually lead to a change of government.

The first, in 1964, was sparked by clashes between students and police at the University of Khartoum. These incidents mushroomed into a much wider protest movement that ended up toppling the military dictatorship of Ibrahim Abboud.

The second, in 1985, broke out after years of economic unrest and, like today’s protests, was set off by an increase in the costs of basic goods. These popular frustrations similarly spiralled into a broader movement that forced the May Regime of Jafa’ar Nimeiri to step down.

This begs the question of how the 2019 protests compare. Based on the similarities and dissimilarities, can we expect Sudan to complete its hat-trick of unseating authoritarian regimes through popular uprisings?

In 1964, the military president Abboud took relatively little persuading to resign, agreeing to step down after just five days of protests. In 1985, President Nimeiri was ailing both mentally and physically. He also made the mistake of travelling to the US just as the uprising was beginning and ended up losing power after eleven days of demonstrations.

By comparison, President al-Bashir is very much still in Sudan and has proven a much tougher nut to crack. He has held steadfast for more than 18 days of protests and – knowing that he risks surrender to the International Criminal Court if he is ejected from office – he has shown few signs that he is about to give up easily.

2) The role of armed rebel movements

In both 1964 and 1985, the uprisings were spearheaded by coalitions of political parties and professional unions centred in cities in Sudan’s northern half. The country’s armed rebel movements, then based exclusively in the south, were not involved in either the opposition alliances or the governments they ushered in. In fact, the new regimes in the capital Khartoum continued their predecessors’ civil wars against southern rebels.

The secession of South Sudan in 2011 means that rebel activity located purely within that territory is no longer directly relevant to Sudan. Since 1985, however, new rebellions have broken out in the likes of Darfur and South Kordofan. And unlike in Sudan’s previous uprisings, many of the armed groups from these regions are participating in today’s movements. The influential coalition known as Sudan Call, for example, includes one major rebel group and prominent factions of two others.

It is unclear what this means for the protests’ chances of success. On the one hand, these alliances could mean that the current uprising is able to transcend the usual division between regional armed movements and urban civil opposition. This would be a significant development.

On the other hand, the inclusion of rebel groups could undermine the movement by unnerving some of the more conservative elements within the army and Khartoum’s middle-classes. It is for this reason that al-Bashir’s regime has sought to overplay the role of rebel movements and Darfuris in the current protests. So far, however, this propaganda does not seem to have deterred middle-class protesters, and it is notable that a similar ploy by Nimeiri failed in 1985.

3) The loyalty of the military and security services

In 1964 and 1985, Sudan’s army intervened to support the transition to a multiparty democracy. It did this under pressure from junior and middle-ranking officers, and these decisions proved crucial to the success of both movements.

In 2019, the armed forces are once again a key player in Sudan, but may prove harder for the protesters to sway. Al-Bashir’s regime clearly learnt from the mistakes of its predecessors. It has created a much stronger National Intelligence Security Services (NISS) as well as a host of other parallel security organisations and armed militias that it uses to police Khartoum instead of the regular army. This set up, combined with various commanders’ mutual fears of being held to account for war crimes if the regime falls, means an army intervention will not occur easily as in 1964 or 1985. This is one reason the current uprising has already lasted longer than its precedents.

The army is not completely united on al-Bashir’s side, however, and could still prove highly significant. For example, dissent could break out within regime-aligned security forces as the recent court martial of a Darfuri RSF colonel demonstrated. Meanwhile, there has been speculation that Salah Gosh of the NISS or Muhammad Hamdan Dagalo of the Rapid Support Forces (RSF) could yet turn against al-Bashir. If this happens, it could spark a rivalry between these forces and create more space for the regular army, pushed on by junior and middle-ranking officers, to intervene.

4) On whose side the Islamists

Another important group in Sudan is the Islamists. This group did not dominate the previous uprisings, like in Iran in 1979, but its stance towards the regime and the opposition certainly influenced their outcomes.

In 1964, this prominent political grouping – among them Hasan al-Turabi, the original architect of the current regime – was part of the movement that ushered out President Abboud. It cooperated somewhat uneasily with a broad coalition that included communists, the Umma Party and others. Following the uprising’s success, however, rifts between the Islamists and other groups deepened. In 1977, the Islamists were on the side of the new military regime.

Two weeks before the 1985 uprising, the Islamists once again turned against the government and crucially deprived it of its main source of political support. However, they declined to join other the opposition forces in the Intifada. Following the fall of President Nimeiri, there was hostility towards the Islamists due to their involvement with the previous regime, but they were still able grow in strength. They co-opted factions of the security services and became increasingly powerful through their burgeoning financial and media empire. With this newfound power, the National Islamic Front (NIF) instigated a coup in 1989 that brought the then colonel al-Bashir to power.

Today, the willingness of the Islamists to break with the regime and embrace the opposition – and the willingness of the opposition to embrace them – could be a crucial factor in determining the course of the uprising.  However, the group is far more divided than in 1964 or 1985. Since President al-Bashir ejected al-Turabi from government in 1999, the Islamist movement has been split between al-Turabi’s Popular Congress Party (PCP) and the president’s ruling National Congress Party (NCP). In the 2000s, the PCP made some symbolic rapprochements with old political enemies in the opposition, but moved away from them again after agreeing to join the government-led national dialogue in 2014.

Now, three weeks into the current uprising, the PCP has criticised some government measures and maintains that it is considering withdrawing from parliament but has yet to do so. Some other Islamist parties have already withdrawn their participation in the government, most notably Reform Now. This party has gone on to help found the National Forces for Change, an opposition alliance that includes some non-Islamist parties which up till recently had also backed the regime. This coalition does not appear to be fully aligned with the rest of the opposition, but has thrown its full weight behind the protests. Its announcements have been welcomed by Sudan Call secretary-general Minni Minnawi, but treated more sceptically by the Sudan Communist Party.

These developments suggest that while the gap between the Islamist and non-Islamist opposition still remains, it is not impassable and that Islamist groups could yet remain major players in 2019.

Dr Willow Berridge is the author of Civil Uprisings in Modern Sudan. She is a Lecturer in History at Newcastle University.