Ethiopia: The challenge to the TPLF…from Tigray’s own grassroots

Local youth protests over land will continue to grow if the TPLF acts as an occupying force rather than a responsible government. 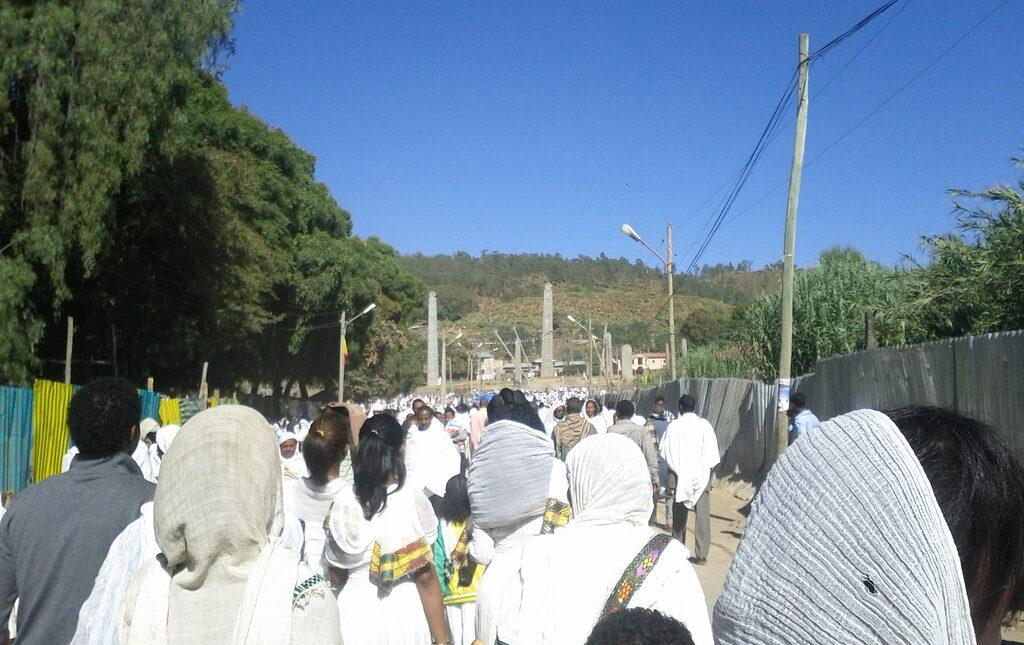 Over the last few decades, Ethiopia’s government has forced hundreds of thousands of people from their homes. On several occasions, the state has expropriated large tracts of land – such as in Gambella, Oromia and the far south – and allocated them to businesses for investment. This process has left countless farmers displaced – often unable to access education, healthcare or basic services – and frequently included state violence and imprisonment.

Recently, it has become Tigray’s turn to suffer. This region has long felt the pain of land grabbing. The outskirts of towns such as Shire, Humera, and Maichew, for example, have previously been seized in the name of development that benefits only the few. In the last few months, it is the Enderta district around Mekele that has been the source of fury.

Here, people have been calling for compensation for the lands from which they have been displaced. These demands have turned into protests in the face of the Tigray regional government’s inaction. The demonstrations have mostly been led by young people from public institutions such as Nebiyu Sihul Mikael, a university lecturer and Ethiopia Insight contributor.

In early-April, the regional administration – led by the Tigray People’s Liberation Front (TPLF) – held a meeting with the protesters. At that gathering, TPLF politburo member Getachew Reda reassured the young residents. A couple of weeks later, however, authorities arrested around 60 youths who had participated in the meeting, including Nebiyu.

Getachew claimed that only five “troublemakers” who had attended the discussion had been arrested and that they were apprehended for an unrelated incident, which he did not specify. Liya Kassa, a spokesperson for the Tigray government, did not respond to several requests for comment from Ethiopia Insight.

After nine days in custody, the detainees appeared before court without legal support. Their cases were adjourned for a month. They returned to court again last week when the judges granted the police more time to investigate. Yesterday, some youths were finally granted bail.

At the same, there have reportedly been arrests of other critics in Tigray. Michael Tesfay, a prominent member of the opposition party Arena Tigray, for example, was arrested and then released recently. The party is reportedly considering charging the TPLF for the wrongful arrest of its members.

In early-April, authorities also detained Mehari Yohanes, director of SebHidri Civil Society of Tigray, for several hours. According to Mehari, the newly-founded civil society group already has 1,500 members, four branches across the region, and strong support from the diaspora. He says the organisation works at the grassroots level to promote democracy, rule of law, justice, and constitutionalism, but has been routinely harassed by officials and TPLF cadres.

“The different parts of local government are undemocratic,” says Mehari. “They’re not interested in respecting the basic human rights of people or even entertaining different ideas. There is no room for debate.”

Indeed, rather than talking to opponents or recognising their grievances to be legitimate, TPLF supporters have accused its critics of being agents of Prime Minister Abiy Ahmed, the Eritrean government, and even the CIA.

The reality is that land is a highly-charged issue. Ethiopia still partly subscribes to a Marxist-Leninist ideology under which land ownership rights are bestowed on the “people” – i.e. the government. This allows the state to appropriate land as it sees fit, often compensating its owners – who may have inherited or bought the land – at well below market value. In some areas of Enderta, for instance, the Tigray government has taken land for as little as 3 birr ($0.10) per square metre before leasing it for as much as 30,000 birr ($1,000).

The regional administration uses this land to attract investment according to two different types of policy. The first involves providing land and other inducements to companies for free. Velocity, a garment factory in Messobo area, and DBL, in Kuha, are prominent examples of this. They both required the removal of farmers for allegedly inadequate compensation. The second type of policy involves leasing land through auction. This has become a major source of regional revenue.

Most of the land the government seizes is fertile and the new initiatives for which it is seized rarely benefit local communities. When it comes to urban development projects, for instance, authorities seldom consult people who already use the land. The initiatives do not support residents and farmers, and new housing typically encroaches on rural settlements and disrupts agricultural activity. Ethiopia’s other economic sectors are not advanced enough to absorb these displaced farmers, leaving many communities to live in poverty amid diminishing natural resources.

Rather than empowering farmers to boost yields and enhance food security, government policy tends to be led by short-term thinking. The government could support locals to increase their output, but instead their land grabbing policies around the towns of Mekelle, Adigrat, Shire Endaslassie, Maichew, Humera and elsewhere have contributed to unemployment, substance abuse, and a rise in crime. Many Tigrayan farmers have to rely on 15kg of wheat per month in food aid under a safety net programme.

Before Abiy Ahmed become Ethiopia’s Prime Minister in April 2018, the TPLF was generally considered to be the lead party in the country’s ruling coalition known as the Ethiopian People’s Revolutionary Democratic Front (EPRDF). Since Abiy’s ascendance, however, the TPLF’s influence has diminished.

The party has lost most of its federal cabinet positions and control of national intelligence. Meanwhile, several Tigrayan officials have been charged with corruption and human rights abuses, including former spy chief and TPLF politburo member Getachew Assefa who is now a fugitive from federal authorities. Compounding these challenges, protesters in Raya have also stepped up their demands to become part of the Amhara region, adding to Amhara claims over the Wolkait district too.

Some of these events – combined with the harassment of Tigrayans elsewhere in Ethiopia – have actually led to an increase in local public support for the TPLF. Abiy’s purported attempts to weaken the party have not been wholly successful.

At the same time, however, there has been a mounting home grown movement against the Tigray government. As seen in response to its land policies, there is a mounting opposition to the TPLF. This could pose a real threat to its rule.

So far, the party has dismissed this movement and called the young protesters “renegades”. High-ranking officials including Acting President Debretsion Gebremichael have painted the demonstrators as emissaries of outside forces and targeted them with arrests. Activists say the detained youth’s only crime is of standing up for oppressed Tigrayan farmers.

If the TPLF continues along this line, the protest movement and local grievances will only grow further. As it continues to weather the storm since it ceased to be Ethiopia’s dominant rulers, it would be in the party’s own interests to act as a responsible government rather than an occupying force.

A version of this article was originally published on Ethiopia Insight.

Getachew Gebrekiros Temare has a law degree and is a graduate student of conflict resolution. He is a human rights defender and is active on the rights of disabled people.