A love letter to Kiswahili, those who speak it, and those who think they do

Full of subtleties and triple entendres, threats and assurances, Kiswahili is not one language, but many (…some versions better than others). 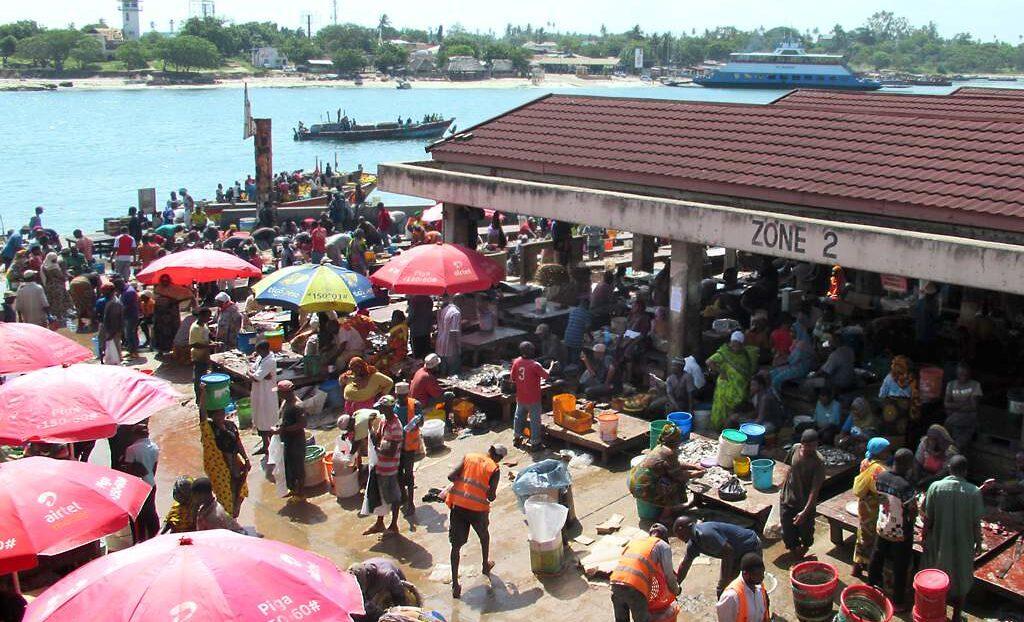 This is the sixth article in the seven-part series Living In Translation about language and identity. They are guest edited by Nanjala Nyabola. See all the articles here.

Ah, yes. One country under the sun, united and dignified while comprising over 120 ethnicities. Tanzania, with its longstanding habit of supporting all and sundry liberation movements, exquisite at diplomacy (at least until quite recently). Tanzania, a complex modern republic always in the process of evolving into itself with the help of a rich history and uniquely amenable language, the lovely chimeric Kiswahili which somehow accommodates us all.

Kiswahili is the language of the Swahili people, but is today spoken by tens of millions of across East and Central Africa. It is Tanzania’s official language and is credited with uniting its diverse and varied population. The credit is true, and complicated.

Kiswahili carries many stories. One of mine begins over a decade ago in the centre of Tanganyika, the Tanzanian mainland. I am at a clinic in Mpwapwa, surrounded by forests of baobab trees, trying to interview an old lady, a member of the Gogo people. I introduce myself to which the woman responds by turning disdainfully and spitting delicately on the floor. She doesn’t speak the colonial language, she says. Amused by my shock, the translator gently explains that the lady means that she does not speak Kiswahili. I am flabbergasted. This is Tanzania is it not?

My Gogo lady, though, was not wrong to describe Kiswahili as a colonial language. In Tanzania, we like to credit our independence leader Julius Nyerere with establishing Kiswahili across the nation, but please, nothing is ever that easy. Always check the origin story; the versions of history we are taught are inadequate to the task of understanding our deep and multi-various identities as Africans.

One more nuanced version of the Kiswahili supremacy is that the Germans came up with the idea of using this coastal trading language, with its wide reach from the sea to the inland, to administer their colony. Teutonic efficiency. An addendum is that the British, resentful at having to take care of this wild colony when their eyes were on Kenya, coasted in their job of anglifying the folk who lived within these borders.

Since my experience with the Gogo woman ten years ago, I semi-joke that the only people who can really claim to be Tanzanian are the Gogo from deepest, driest, most desperate inland parts of Idodomya, which you will know of as our capital city Dodoma. Before the borders were drawn, who could have foretold what our future might hold? Who would have told ten million people that they would unite and speak the same language across race and ethnicity, blood, intermarriage and some canny nation-building?

As befits its complex history, there is no one Kiswahili. As the language snakes its way inland – via trade routes that involved ivory, gold and slaves, and towards the magnificent Lake Victoria – it loses its lilting sandy tones and becomes harder, more glottal. By the time it reaches eastern Congo, it is an entirely different thing altogether: still beautiful but rhythmically distinct. When it emigrates back to the coast, it is peppered with new sounds and strange expressions gathered from all over the place. Sometimes, it acquires a violence quite foreign to the traditions of the language itself.

Kiswahili is a bit like the Atlantic Accent or Academie Francaise French. Nice on paper, but not realistic in regular life. When Kiswahili speakers from different regions meet, it can be a fine diplomatic endeavour just to converse without causing some amusing offence. A slight shift in one syllable can have you saying “buttocks” (matako) when what you meant to say was “intent” (matakwa). As a secondary and ever-happily inadequate speaker of the language, I am aware of its nuances because I am prone to delightful mistakes. One time, I told someone on the phone a former colleague was dead when I simply meant to say he was no longer at our company.

There is not even one Kiswahili in Dar es Salaam, in the heart of Swahili country. This city, which I visited and fell in love with as a child, was once Mzizima, a forgotten little outpost on a creek off the coast, within spitting distance of Zanzibar. Today, it is a muscular and ambitious city that has cultivated the requisite aggression for modern life, albeit while somehow remaining true to its Swahili roots. It is both complex and kind, deadly, always odd, a rainbow of tastes and fresh spices, resolutely marching to its own three-beat rhythm. Here, the more nimble amongst us can tell a newcomer from a resident – and sometimes even someone’s neighbourhood – just by listening to the various versions of this “common” language we speak.

Some versions of Kiswahili are unintelligible; to be honest, hardcore inland newcomers sometimes need to repeat themselves endlessly to get service. Some versions are so specific and obscure, we wonder if we’re speaking the same language. I dare students of the Kiswahili to go to Pemba for a weekend to see how they fare. Sometimes it is best just to sit back and let it wash over you, especially in the forms of Taarab music whose complexities you will never understand.

Naturally I cannot pass up this chance to tease my favourite target: Kenyans. I know you think you speak Kiswahili but we still haven’t forgotten that time you introduced Tanzanian dignitaries as Kingunge na Vingunge wenzake at a public function (Kingunge Ngombale Mwiru was the name of one of the grandees, not a singular form of title!). Some Ugandans meanwhile associate Kiswahili with a remarkably bad past and unfortunate experiences with men who carry guns. Some versions are like siren songs, like when a Congolese person sings or whispers sweet nothings to you in that Frenchified accent of theirs; let’s just say there is a reason their dance music will always be seductive.

The Swahili people themselves have a lot of patience with us all, manhandling this language as we do. It is a beautiful language, forgiving and unforgiving at the same time, playful and mischievous. It is pleasing that it is gaining popularity with more speakers across the world. Perhaps it will become the Africa’s first common language, though we are still a long way from that. Just a century or so ago, Kiswahili was written in Arabic script. We only romanised it fairly recently.

While there are many Kiswahilis, they all have Kibantu and some Arabic, German and English in common because they are living and expanding languages. Another unique quality it possesses is elasticity. While this English I am writing in can do metaphors, it cannot slither its way through quite as many layers of meaning as Kiswahili. Entire conversations can be carried sideways in this language, full of subtleties and triple entendres, threats and assurances, disses and praise. Depending on the tone and context, a word like usijali (“don’t worry about it”) can mean ” you made a mistake but it’s cool, no beef” or “you made a mistake for which you will pay in misery”.

The myth is that Kiswahili unites a very diverse country, and it does. The language does not discriminate: one is free to ignore it, albeit with consequences. You can stick with your native language, just don’t expect to travel comfortably. Jingoists will judge you by your grasp of Kiswahili; urbanites don’t have the time to do so. The Gogo from two generations ago called it a colonial language: well, time happens. Nobody alive now except the linguistic historians can be bothered to defend that position. To be Tanzanian is to be multilingual, and Kiswahili is our language of communion but by far from the only language that defines a person’s identity.

As I journey on with my fellow Tanzanians and beyond with all the Kiswahili enthusiasts, the most exciting thing I now look forward to is its evolution. As it is, I am learning how to understand the shorthand versions that we use online; it’s incredible phonetic gymnastics, like ck for day, or mpnz for love. Kiswahili 3.0 is my next frontier.

Will Tanzania still be united across languages to transmit the best of the best of how to Kiswahili? Of course. This is Africa: being monolingual is not encouraged. And perhaps, most importantly, Kiswahili puts a smile on faces: through mispronunciations; through mischief; through the sheer delight that someone is trying to practice their limited skills; and of course through the daily playfulness which is the glue that binds us.