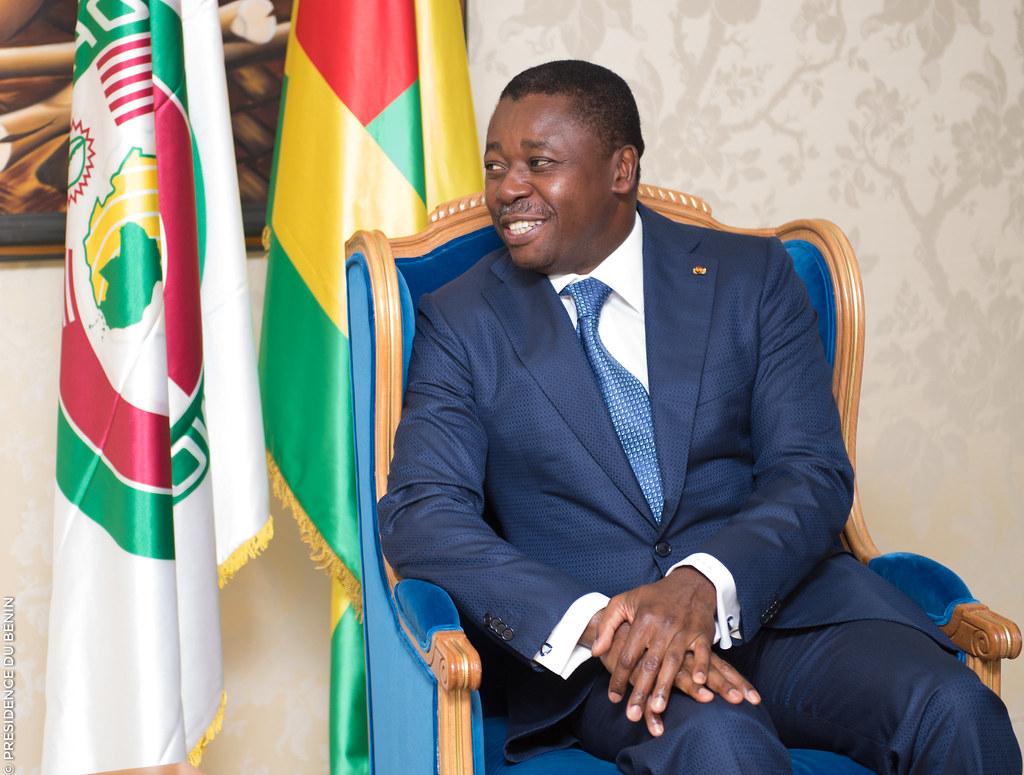 Togo constitution: President Faure Gnassingbé of Togo has ruled since 2005 and could continue to 2030. Credit: Presidence Benin.

The essentials: Members of parliament in Togo have approved amendments to the constitution which will potentially allow President Faure Gnassingbé to rule until 2030. The laws now have a five-year and six-year cap on the presidential and legislative mandates respectively. There is a two-term limit for presidents, but this does not apply retroactively to the current president, already in his third term. They also grant immunity to past presidents and prevent them from being tried, arrested or detained for any crimes committed while in power.

The context: Protests have rocked the small West African country since 2017. A coalition of major opposition parties (The C14) and civil society groups have led demands for the resignation of President Faure Gnassingbé who has been in power since 2005. They demand changes to national laws that would limit presidential terms and essentially prevent Gnassingbe from running in general elections in 2020.

The government has responded with brute force, unleashing the police and military on protesters last year. Dozens have died and hundreds of opposition members have been locked up. The West African regional bloc ECOWAS and the African Union (AU) have urged Gnassingbé to release political prisoners. The situation heated up in the lead up to parliamentary elections in December 2018. The opposition boycotted the polls, but that only gave Gnassingbé’s Union for the Republic party the chance to win 59 out of 91 seats in parliament.

Internal squabbles in the C14 camp led to the exit of some of its main members including Tikpi Atchadam of the Pan African National Party (PNP) and Jean Pierre Fabre of National Alliance for Change (ANC). The impact on the morale of protesters is noticeable as protests are now infrequent and crowds have dwindled. In January, when I reported from the capital Lomé, the streets were calm but there was an uneasy tension. Locals I spoke to do not feel confident in the opposition’s power to change the status quo.

President Gnassingbé took over power from his father, Eyadéma Gnassingbé, who ruled Togo with an iron fist for 38 years. The Gnassingbé family has ruled for a combined 52 years, making it the oldest political dynasty in African history.

The good: Not a lot of good in this situation for Togo, but there’s finally a limit on presidential terms, which represents some progress. Togo used to be the “bad boy” of ECOWAS because it was the only West African country with an unlimited number of terms. Also, the C14, which has previously been split by internal tensions might come back stronger than ever to prepare for the 2020 elections. Atchadam and Fabre may not be the opposition’s main faces anymore, but that hardly matters. ‘Anyone but Gnassingbé’ is what the people murmur on the streets of Togo.

The bad: The new amendments do not apply retrospectively and Togo may have to wait 10 more years to be free of Faure Gnassingbé. Yet, Gnassingbé underestimates his people if he thinks there won’t be any form of pushback. Protesters have told me they will not relent till Faure leaves power, C14 or not. It means there will be more protests. Many have already been killed or injured and that’s likely to happen again if protesters fill the streets once more. Also bad is the fact that Gnassinbgé, who already faces several human rights violations allegations, has made sure he’ll never be tried even after he leaves power.

The future: Expect more protests in the lead up to general elections in 2020. The C14 may come back stronger but will need to rethink its strategy by rallying behind a single candidate if it intends to successfully unseat Gnassingbé.