Politics
Home›African Arguments›Politics›Brexit chaos isn’t new. In former colonies, we recognise it all too well.

Brexit chaos isn’t new. In former colonies, we recognise it all too well.

The only difference is that whereas the UK’s chaos and elite disregard were once directed outwards at the colonies, they are now directed inwards. 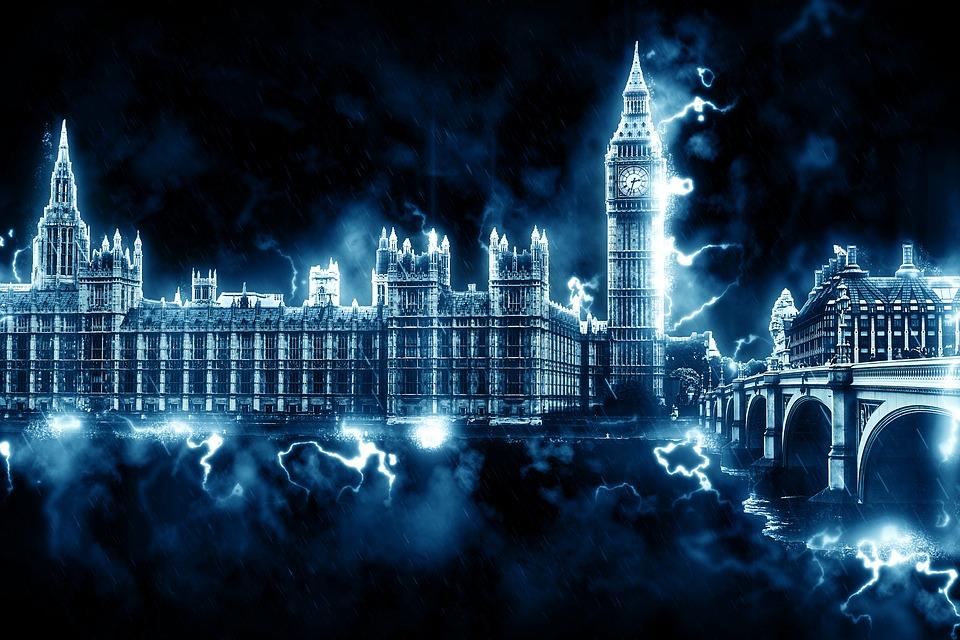 I have been waiting for that giddy schadenfreude to kick in. Since the UK began its ongoing failure to leave the European Union three years ago, I’ve been anticipating to feel a sense of glee. From over here in Kenya, I’ve been expecting to gloat at seeing the remnants of the empire “on which the sun never set” shoot itself repeatedly in the foot before, hobbling along, insisting feet are overrated anyway.

I thought those feelings might kick in when David Cameron’s political gamble of holding the 2016 referendum blew up in his face spectacularly when the people actually voted to Leave and he resigned in disgrace. Or when MPs voted down the transition deal Theresa May had spent two years negotiating – delivering the biggest Parliamentary defeat in UK history in the process – before rejecting that same deal again two months later…and then once again a few days after that.

I thought I might feel smug when May realised she was unable to deliver Brexit and, following in the footsteps of 36 of her past ministers, finally announced her resignation. Or when it became clear that none of the eager Conservative Party candidates now vying to replace her as Prime Minister have any better idea of how to deliver Brexit than she did.

But to be honest, the schadenfreude I was expecting has remained elusive. I’ve snickered and gloated much less than I might have wanted to. In fact, when my editor first asked me to write this op-ed, I hesitated, said maybe, and then ghosted on him (sorry, James).

The reason for my ambivalence, I think, is that my gut tells me that the messiness of Brexit is not, in fact, news. This grim back-and-forth, self-inflicted pain and overwhelming confusion is not even surprising or unexpected. Those of us in former European colonies have always known that white logics are contradictory and unstable. The only thing that’s new is that whereas disorder was previously directed to the colonies – where it fell outside the scope of a Eurocentric worldview – it is now being directed inwards.

Take, for example, some of the UK’s most influential politicians regarding Brexit: David Cameron, Boris Johnson, and Nigel Farage. They have all either been unaffected by the chaos they unleashed or, worse, benefited from it.

It was then Prime Minister Cameron, for instance, who began this debacle by calling the referendum in the first place. He calculated that agreeing to a vote on UK’s membership of the European Union would neutralise a fringe group within his own party. Silencing that faction would allow him to consolidate his political authority. When his petty power play completely backfired, however, he simply bowed out the next morning as the country’s economic projections plummeted and racial hate crimes skyrocketed.

Johnson and Farage have similarly exploited the political climate around Brexit. They have contributed to the UK’s division and misery – whether through intent or mere disregard – for their own gain.

The two elites were both lead campaigners in the contentious Vote Leave camp, during which their political stocks rose, only to abandon any actual responsibility once their side had won. They backed away during the difficult negotiations with the EU, but have both returned to the fore recently as fresh uncertainty has opened up new opportunities. Former foreign secretary Johnson is now the favourite to succeed May as the UK’s new prime minister. Meanwhile, Farage – a former commodities trader who has profited hugely in financial terms since the referendum – recently established the Brexit party, which stormed to victory in the European elections last month.

The extent of this brazen opportunism, cynicism and duplicity among elites may seem strange and unusual to those in the UK. I get the sense that some of the angst around Brexit comes from the belief that this kind of chaos isn’t meant to happen in “a place like Britain”. I have heard similar sentiments in the US as Donald Trump has ridden roughshod over countless norms and spewed hate as president the past two and a half years. This is not who we are, people say.

And yet the past and present tells us otherwise. Dishonest self-interest, a disregard for the masses, and violence directed at subordinates – whether physical, political, economic or cultural – have always underwritten Western modernity. Those of us on the underside of these logics are all too familiar with these dynamics in the form of slavery, colonialism, neo-colonialism, land grabs, looting, lynchings and mass incarceration.

Seen through this lens, Brexit fits quite neatly into this history. The key difference is simply that, in this instance, the elite profiteering, the creation of divisions in the majority population, and the popular feelings of fear and uncertainty are unfolding “at home”.

My ambivalence at watching Brexit unfold therefore is not due to indifference or lack of interest. It is rather because it taps into a kind of familiarity, a world-weariness passed on from generation to generation and which lives on in the bodies, histories and memories of (formerly?) colonised people. We know about exhaustion. We know about grimness, confusion and missteps, both self-inflicted and imposed from the outside. And for me, there’s no real joy in seeing a former colonial power do to itself what it has always done to us.

My worry actually is in what comes next. For history has also shown us that whenever Western powers are unable, or unwilling, to resolve their internal conflicts and contradictions, they export their power plays. The Scramble for Africa in the late-19th century, for example, was essentially an agreement among European powers to externalise their frictions and resolve them instead on the geopolitical stage. The Cold War in the 20th century may have been cold between the US and USSR, but ferocious proxy wars were fought elsewhere such as in Vietnam, Angola, Afghanistan and Nicaragua.

Brexit is of course a very different issue, but a similar kind of logic may follow. And, whichever way it all ends, I can see both the UK and Europe looking abroad to reassert their respective geopolitical influence or rebuild their international stature. This time around, countries on the margins may have more relative power than ever before – some suggest this could be a great opportunity for African countries to negotiate better trade deals for example  – but history once again reminds us of the costs that Western power plays can have on countries like mine.

In imagining a wounded post-Brexit UK’s next move – particularly if Johnson, who previously said that Africa’s “best fate” would be a new colonial scramble for the continent, becomes prime minister – I can’t help but recall these lines from British poet Hilaire Belloc, which we were made to read at school:

Whatever happens we have got

The Maxim gun, and they have not.

Christine Mungai is a writer and journalist based in Nairobi, Kenya. Her work has recently been published in The Washington Post, The Boston Globe, CNN Opinion, Popula Magazine and Al Jazeera English. She was a 2018 Nieman Fellow at Harvard University.

The East African wrapper is a source of pride, rich in meaning and history. But it is more complicated than that.  The story of the leso is fairly well-documented. There ...
By continuing to browse the site you are agreeing to our use of cookies.