A political history of the Africa Cup of Nations: is it still truly Africa’s cup?

At inception, AFCON set out lofty ambitions for itself. 62 years later, it falls just short. An AFCON Qualification match in 2012 between Togo and Gabon . Credit: Panoramas.

What meaning does the Africa Cup of Nations (AFCON) have for the continent today? The competition was established at the high noon of decolonisation in the mid-20th century with Pan-African ideals of unity and cooperation at its heart. The current tournament in Egypt is the 32nd edition. That’s a whole lot of football, but has the tournament fulfilled the aspirations of its visionary founders of African solidarity and autonomy?

Look critically at the tournament’s history and you’ll find a story of a beloved and venerable African institution that has bent to pressures imposed on it by Europe and that too often serves to enrich local elites at the expense of the ordinary football-lovers that make the competition so special.

“We do not accept the division of Africa”

In its first few decades, AFCON aspired to a pan-African vision. The inaugural tournament was held in Khartoum in 1957 to celebrate the formation of the Confederation of African Football (CAF). According to historian Peter Alegi, author of African Soccerscapes, the first tournament was the vehicle for political idealism. “It sought to assert Africans’ equality with Europeans, who still colonised most of the continent at the time,” he says. “AFCON also made a statement about Africa’s citizenship and belonging in the globalising world of football. AFCON provided a Pan-African stage for the performance of new national identities in a way that most people supported and even embraced.”

These ideals were soon tested. Apartheid South Africa was a founding member of CAF and set to participate in the first tournament. When it insisted on selecting only white players, it was expelled by CAF and was banned from AFCON, missing 18 tournaments, until 1994.

This decision could be interpreted as either a defence of CAF’s ideals – and the rights of (black) Africans – or simply a punishment for breaking its rules of sporting participation. CAF is obliged to be non-political and neutral outside of the sport, even when it comes to issues of rights or abuses of freedoms in its member countries. But politics inevitably played a part in CAF’s decision to exclude South Africa, its members coming together in solidarity to advance what was also a moral cause.

In a 1974 speech delivered to the CAF General Assembly in Cairo, its then president Yidnekatchew Tessema captured a vision of football carrying out an important social function in helping the continent bridge differences. “I’m issuing a call to our general assembly that it affirm that Africa is one and indivisible,” he declared, “that we work towards the unity of Africa together. We do not accept the division of Africa into Francophone, Anglophone, and Arabophone. Arabs from North Africa and Zulus from South Africa, we are all authentic Africans.”

But outside of the anti-apartheid boycott, Alegi says CAF’s pan-Africanism has been “thin”. “By the 1990s, what was left of that ideological strain is mainly playing out in the commercial realm: expanding places for African sides in FIFA tournaments, securing corporate sponsorships, greater share of FIFA economic pie and perhaps in expressing cultural pride in the success of individual male players overseas,” he says. “Occasionally, CAF piped up about abuses in youth recruitment and player migration, but this (to my knowledge) never produced a cohesive Pan-African front.”

With regards to autonomy, CAF maintained a good record of resisting European influence until 2019. Throughout its history, AFCON was held between January and February when weather conditions are most suitable in most African countries. The time frame is also right in the middle of Europe’s football seasons with clubs reluctant to let their African players go when it matters most. Former CAF President Issa Hayatou refused to reschedule AFCON so it didn’t clash with the European season, a move widely understood as an assertion of African football’s autonomy.

But that is no longer the case. As of this year, the tournament will be played in the summer. The inauspicious scheduling move reflects the difficulty of resisting the commercial dominance of European football. There will no longer be a direct competition with European club matches for television viewers, while the new scheduling protects the commercial value of African players in Europe who will no longer have to miss two months of club matches.

This means that AFCON is very likely to be played from now on in very high heat or heavy rain. It’s bad news for fans and players, and bad news for the game.

Up until 1982, CAF’s ideals of pan-Africanism tied closely to how it operated. AFCON was contested exclusively by amateur players playing with club sides on the continent, a “pan-Africanist move to keep African players at home” according to Chukwuka Onwumechili, author of Identity and Nation in African Football.

But the 1982 tournament was a turning point.

“Prior to 1982, CAF had a rule limiting the use of foreign-based players by each team to two,” says Onwumechili. “Its change in 1982 opened the way for foreign-based players to increasingly feature in the tournament to the point that several who now represent their countries have never resided permanently in the country that they represent. It is a major departure from one of the initial political goals of the competition.”

The change was informed by two significant events. FIFA had imposed new rules that required football clubs to make players available for national team selection. According to Alegi, this directly challenged CAF’s limit on foreign based players. “Also the limit had lost political support in Africa by the early 1980s due to the ongoing ‘second wave’ of African player migration to France, Portugal, and Belgium in particular,” he explains. “The best players were increasingly playing abroad so CAF (under Tessema) probably realised that keeping those players out of AFCON would diminish the quality of the competition.”

However, in 2007, CAF introduced a new competition, the African Nations Championship (CHAN), replicating the initial intention with AFCON in which national teams may only select players who play within their own domestic league at club level. This showed CAF’s enduring concern for the health of local football in Africa. But the competition may never have the global appeal of AFCON, with its array of superstar players from major European clubs like Arsenal or Barcelona. It is also starved of attention, forced to compete with the immense popularity of the European leagues among fans in Africa. Arguably, it still serves a valid purpose in its own right. Given the reality that African football cannot hope to isolate itself from the global hegemony of the European game, the addition of CHAN to Africa’s sporting calendar is to be welcomed.

As AFCON professionalised during the 1980s and opened up to the increasing number of African players based outside of the continent, it also commercialised rapidly, under the three-decade tenure of Hayatou, who sanctioned many sponsorship deals. This matched the wider trend in global football under then FIFA President João Havelange. It was also in keeping with the broader economic climate across the continent during this period, as the World Bank and the International Monetary Fund imposed structural adjustment programmes on national governments that encouraged privatisation and profit-seeking at the expense of the public good.

This year’s tournament has been expanded to 24 teams – from 16 – keeping with yet another cynical trend across football towards ever-larger and more lucrative international tournaments at the expense of sporting quality. Access to watch the games has also been a problem. Ticket prices are high relative to wages. CAF has also made significant profits on the sale of television rights to expensive subscription services, pricing out many public broadcasters and limiting the capacity of many ordinary people to watch the game they love.

“It’s really frustrating,” says Kenyan author Nanjala Nyabola. “I grew up devouring these tournaments on basic television and now it’s nearly impossible if you don’t go to a bar. Which I obviously can’t do every night. So if DSTV goes under let it go under. We need to be able to watch sports.”

“I know that many Kenyans are incredibly excited to be back in the tournament. But it’s impossible to feel more connected to it because I simply don’t get to watch.”

From being a tournament that was neutral or at least stood on the side of the people, AFCON has opened itself to leveraged for politics. Egypt’s hosting of this year’s tournament has a distinct soft power element to it. “Egypt sees CAF along with its chairmanship of the African Union as a way to solidify itself as a regional power and to legitimise Sisi’s current regime,” says political analyst Nihal El Aasar.

The 2019 tournament is taking place at a time when football in the country is intensely politicised and many Egyptian league matches take place in front of only a handful of spectators. Highly organised fan groups represent some of the most prominent dissenting forces against the Sisi regime. It is perhaps for this reason that many fans have struggled with the official ticketing system, a lengthy process that demands an unusually large amount of personal information from applicants wishing to obtain access to the tournament with a “fan ID”. 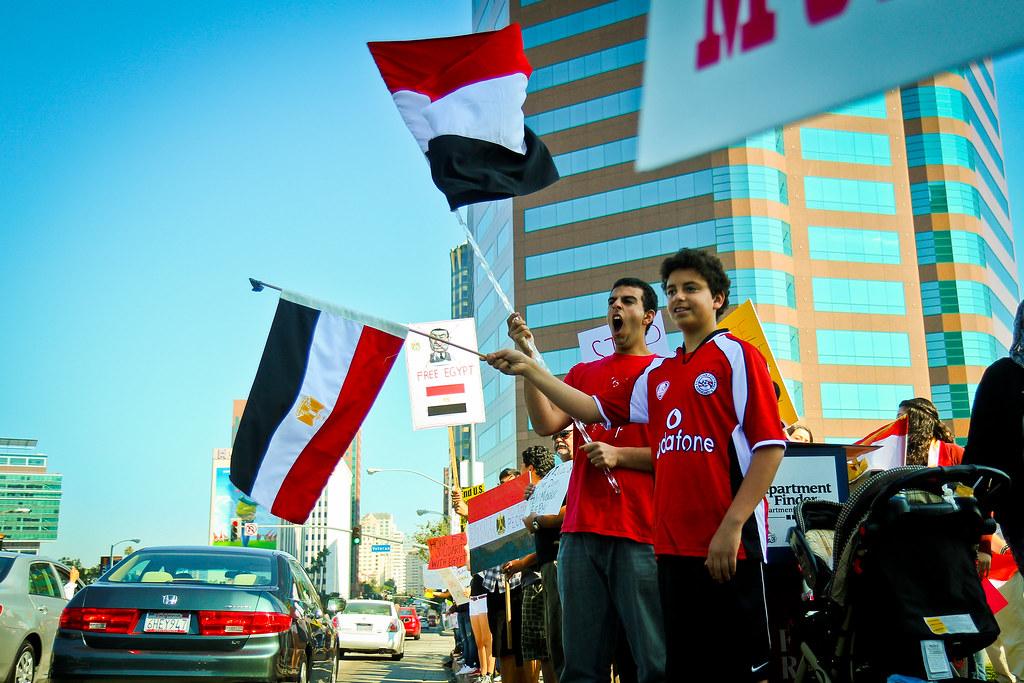 On the bright side, the 24-team format means almost half of African nations are represented in Egypt. In this sense, the tournament can be said to carry on some of the Pan-Africanist work its founders envisioned.

An enduring paradox of AFCON is that it’s precisely through playfully competing against each other on the field and as fans that a sense of solidarity among African nations is nurtured.

As US-based writer Miriti Murungi reflected recently, when an African team is playing at the World Cup he’ll think: “Come on, Africa. Do it for the motherland!” However, when AFCON comes around, he says, “things break down and Africans start saying things like ‘I don’t trust those people’ and arguing about who has better rice,” or “I don’t know about them. I had a Nigerian roommate and he always left the fridge open and lied about owning a Mercedes.”

Ultimately, AFCON is a joyous and precious institution to inherit, and its recent custodians have not treated it with the care it deserves.

It has been thrust into the global media market and Africa’s football bosses have made a great deal of money from it. Yet if ordinary Africans who love football can’t afford match tickets (or even to see their heroes on television) there’s a real risk that AFCON gets hollowed out, and the high ideals it once represented so forcefully may dwindle and ebb away. It’s time AFCON was returned to the people.

Insiders Insight: A war on migrants in ...

Dr Elliot Ross is a writer and researcher who recently completed his PhD in English Literature at Columbia University. He researches critical approaches to historical reparations, anti-colonialism and human rights. He has contributed to The Guardian, The Washington Post, Al Jazeera US and many other publications. He worked for five years as senior editor of Africa is a Country.