Our new report found that African applicants are more than twice as likely to be refused a visitor’s visa than those from any other continent. 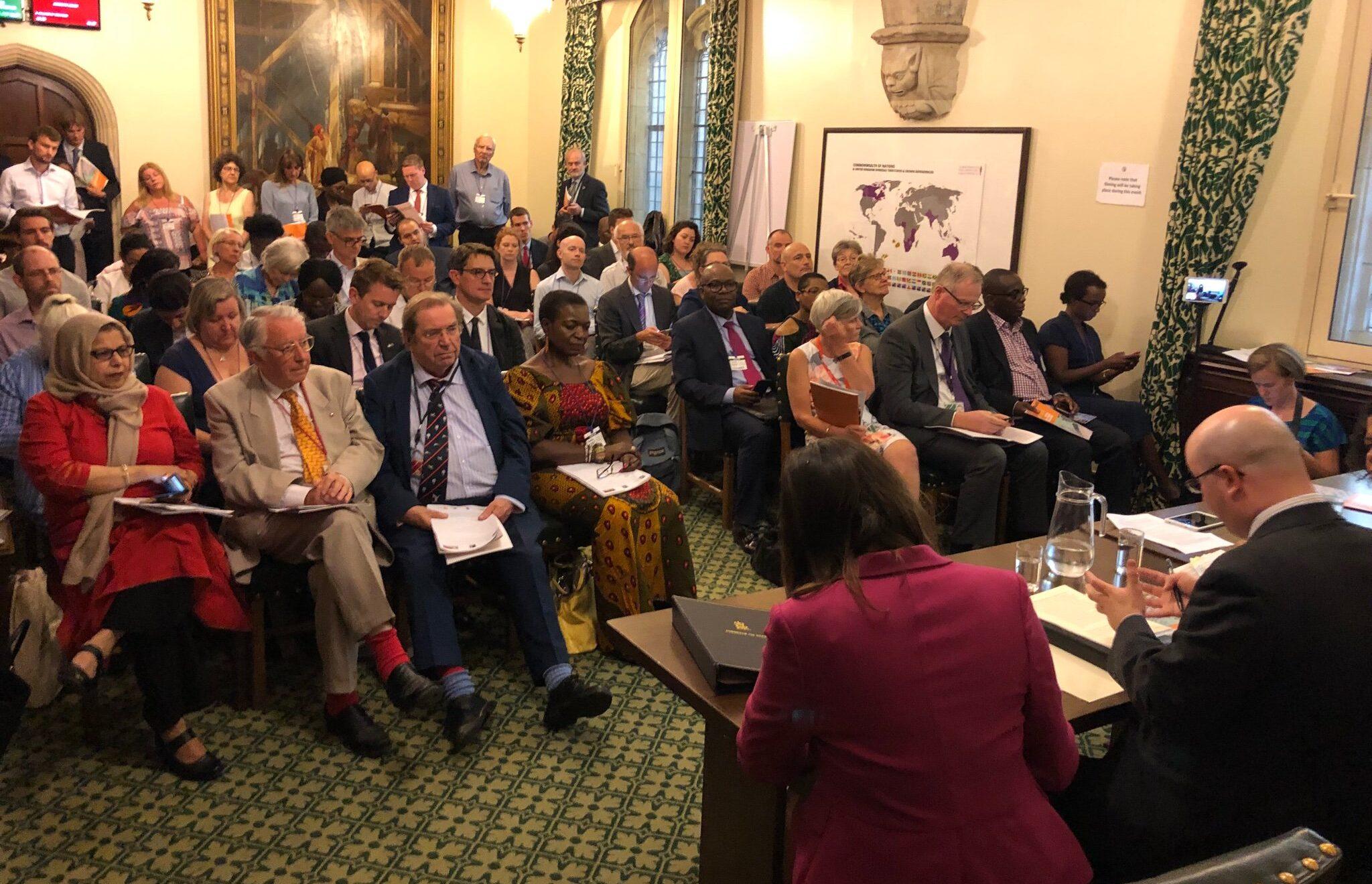 The launch of the report Visa Problems for African Visitors to the UK in Parliament. Credit: APPG for Africa.

When a prominent Liberian women’s rights activist, let’s call her Mary, was personally invited by the UK’s Department for International Development (DfID) to speak at its 2017 Family Planning Summit, she leapt at the opportunity. Before she could reach the UK to give testimony, however, she had to get a visa. To do this, she had to travel to Ghana at her own expense where, despite active support from DfID, so much additional information was requested and so many delays took place that by the time her visa was finally issued, the conference was already over. Mary didn’t travel to the UK and swore never again to even bother to apply for a British visa. It simply wasn’t worth it.

This is not a one-off. Similar, and far worse, stories have been told to us over and over again during our inquiry into visitor visas for African applicants. For many in Africa, one of the first things that come to mind when you ask them about the UK is visas. People love English football, they buy British goods, they admire London and the UK education system, but all that is undermined by the problem of visas.

No one disputes the need to have visa system, but it must be fair and efficient. The present system is neither.

On the contrary, it is considered expensive, arbitrary, dysfunctional and discriminatory by the very people in Africa who most want to visit the UK and that we most want to visit us. It is poisoning relations, damaging the UK itself, and needs to change – now.

The All-Party Parliamentary Groups for Africa, Malawi, and Diaspora, Development and Migration, with support from the Royal African Society and African diaspora group AFFORD has prepared a fact-based report bringing together as much hard evidence as possible about how the current system is actually working for African applicants. The findings have been shocking.

Africans are more than twice as likely to be refused a visitor’s visa than those from any other continent. For certain countries, such as Nigeria, the rejection rate is higher still. To add insult to injury, the reasons given for rejection are often unclear, ill-informed, based on false assumptions, or simply discriminatory.

The most common reason for rejection is financial, but in a modern form of Henry VII’s ‘Morton’s fork’: if an applicant seems poor, they must be looking for a job; if they appear rich, there must be something dodgy about their finances.

Even when successful, the process is considered expensive, intrusive, demeaning, and even humiliating. The extent and nature of personal and financial information demanded would never be accepted by most British applicants for a foreign visa, and the default assumption seems to be that every visitor will overstay unless there is a cast-iron guarantee they will depart when their visa expires.

For Africans, the UK has made itself one of the hardest countries in the world to visit, and this appears to be a result of deliberate policy – effectively extending the UK’s “hostile environment” towards migrants overseas.

This problem is carrying a growing cost for the British economy and the UK’s reputation abroad, which it can ill afford as Brexit approaches. British businesses are losing contracts and staff; meetings are being held in Paris, not London, because it is easier for African business executives to get there; scientific conferences relevant to Africa take place without African scientists; development organisations and NGOs are unable to bring over African advocates, like Mary; festivals are finding it difficult to attract the best African talent, making the UK’s creative industries suffer; and a thousand local groups, from medical charities to the Scotland Malawi Partnership, find it increasingly difficult to build the personal contacts that are the lifeblood of bilateral relations with many African countries.

The remedies are simple and are set out in the report. There need to be clearer guidelines, better supervision, and more resources for the visa service. The system must be more accountable both to African applicants and their British sponsors. We look to the government to accept the proposals and commit to implementing them.

If there is any reality to the slogan “Global Britain”, the UK must show that it is open to people as well as goods and that it accepts a two-way flow rather than just one-way traffic. There are signs this penny is dropping. Ministers have begun to listen. This year, the Home Office has recently shown willingness to expedite applications and overrule rejections to ensure African artists, academics and activists can attend festivals and conferences in time. But it is crucial that the system itself works properly from the start.

Chi Onwurah MP is the chair of the All Party Parliamentary Group for Africa in the UK. Nick Westcott is the Director of the Royal African Society.