Burundi: A president “chosen by God” and those who disagree

Pierre Nkurunziza continues to tighten his grip ahead of May 2020 elections. Is it too late to stop the crisis deepening? 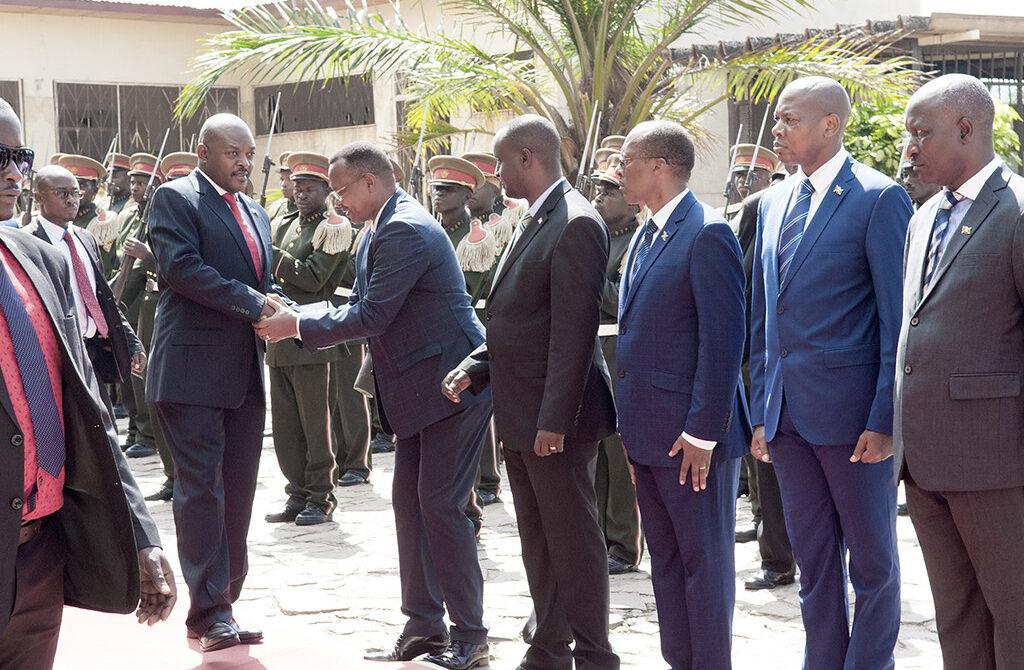 President Pierre Nkurunziza (left) has been in power in Burundi since 2005. Credit: PNUD Burundi / Patrice Brizard.

Four years after Burundi’s crisis began, 300,000 people have fled the country for safety. A further 116,000 are internally displaced and almost 1.8 million need humanitarian assistance. Civil and political rights are under attack, while activists and opposition leaders have been killed in mysterious circumstances.

The media has also been silenced, with media houses being shut down and journalists arbitrarily detained. This October, Christine Kamikazi, Agnès Ndirubusa, Egide Harerimana, and Térence Mpozenzi from Iwacu, one of the few remaining private media organisations in Burundi, were arrested. Their colleague Jean Bigirimana, who went missing in July 2016, remains unaccounted for.

These troubles began when President Pierre Nkurunziza, who has been in power since 2005, announced that he would be seeking a third term in office in April 2015. This was in violation of the Constitution and Arusha Peace and Reconciliation Agreement, which limits presidents to two terms, but Nkurunziza argued that his first term should not count as he was not directly elected.

Nonetheless, his declaration sparked widespread protests. These eventually turned violent as security forces unleashed excessive force on the demonstrators. This violence escalated and has continued since, forcing many civilians, politicians, lawyers, journalists and civil society into exile. Four years on, Burundi’s civic space is rated as “closed” by the CIVICUS Monitor, a global tool tracking and rating the state of civil liberties. This puts it alongside the likes of the South Sudan, Equatorial Guinea, Saudi Arabia and Egypt in terms of upholding its international human rights obligations.

In a move to restore peace, local, regional and international bodies have worked towards solutions to end the crisis, most of which Burundi has shunned. At the same time, the government has taken extreme measures to keep the world in the dark about the situation in the country. In 2016, it rejected United Nations (UN) and African Union proposals to send peacekeeping forces to help restore calm. In 2017, it left the International Criminal Court. Then, in 2018, it closed the local UN Human Rights Council’s offices. Burundi continues to refuse to cooperate with intergovernmental bodies and human rights watchdogs.

President Nkurunziza, an ordained minister known for his religious fervour, has in the past said he was chosen by God to rule Burundi. In March 2018, the ruling CNDD-FDD even bestowed the title of “eternal supreme guide” on him. Today, Nkurunziza continues to preach the gospel and wash the feet of the poor all while tightening control and using any means necessary to prolong his stay in power as Burundi’s divine leader.

In a UN report released in September, human rights investigators expressed concerns that Nkurunziza’s government and supporters might resort to violence and attacks against the political opposition ahead of the general election scheduled for 20 May 2020. They warned of “a general climate of impunity”.

To mitigate violence and ensure peaceful, free and fair elections, the UN identified eight risk factors that must be addressed urgently by the government. These include the culture of impunity, weak state structures (judiciary), the absence of strong organised civil society and independent media, and personalised politics. These are the devastating components that could allow the situation to escalate into a full-blown crisis. The report further gives concrete recommendations such as reviewing electoral laws.

Although President Nkurunziza has said he will not stand for the next elections, the situation remains fragile and uncertain following the 2018 constitutional referendum, which approved amendments that could allow him to stay in power until 2034. A climate of fear and intimidation continues to be felt, especially by those who do not show support to the ruling party and its military youth wing known as the Imbonerakure as well as those who did not vote or voted “no” in the 2018 referendum. As the leadership of the government continues its desperate attempts to cling to power, more people dare not question authority, voice dissent, or engage in any form of peaceful citizen activism or mobilisation.

Despite the mounting pressure, however, some Burundians continue to push back. Citizens in and outside the country remain resolute and are galvanising their efforts to exert pressure on the government. In particular,  exiled journalists have banded together to fill the news void and bring attention to rising incidents of killings, torture, arbitrary detentions and forced disappearances. Platforms such as Radio Inzamba and Humura Burundi – both online, independent radio stations-in-exile distributing broadcasts to those back home through WhatsApp and Facebook – continue to defy the odds and boldly report on human rights abuses committed by Nkurunziza’s regime.

From others, such as Burundi’s neighbours and allies, the situation requires more than political statements. If the country is to hold credible elections and avoid the suffering deepening even further, Burundi will require deliberate, all-inclusive and people-centred approaches to resolving its crisis.

Paul Mulindwa is an advocacy and campaigns officer with CIVICUS, a global alliance of civil society organisations.