President Silanyo: Why the UK should support a sovereign Somaliland

An independent Somaliland would provide security in a strategically sensitive region, a growing market for goods and services, and an important bulwark against extremism. 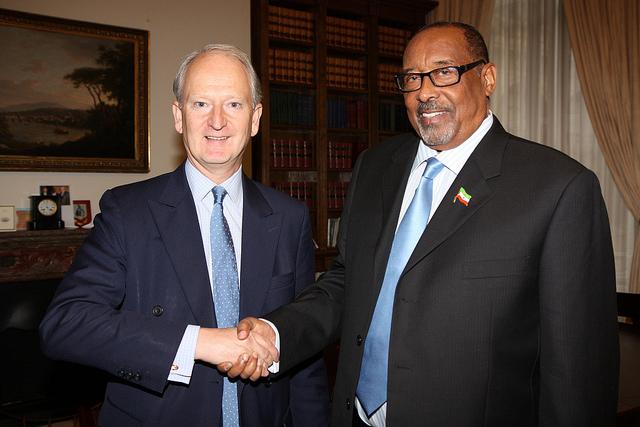 On 24 June 1960, The London Gazette published a proclamation by HM the Queen terminating British protection over the Somaliland Protectorate and declaring that Somaliland would become ‘’an independent country” on 26 June. That day, in Somaliland’s capital, Hargeisa, the union flag was lowered for the last time and the US Secretary of State sent a message of congratulation.  Five days later, Somaliland voluntarily joined Italian Somalia to form a new state: the Somali Republic.

It was a disastrous mistake for which Somaliland continues to pay.  The brutal Siyad Barre regime provoked a civil war in which over 50,000 Somalilanders were killed and hundreds of thousands of fled.  Following the implosion of Somalia, our people exercised their right to self-determination, dissolved their failed union with Somalia on 18 May 1991 and reclaimed their independence.

Today, mass graves from that terrible era continue to be found, but Somaliland has managed to move on. In sharp contrast to Somalia, our people built their own internal peace with minimal outside involvement and from the grassroots up.  We have established a viable democratic state in which power transfers peacefully from one party to another in internationally-monitored elections.  And we have developed key institutions including a judiciary, army and police force.

We have also worked hard to develop the economic potential of Somaliland. Last month, we signed a 30 year agreement with DP World to manage the strategic Port of Berbera. Significant investment in the port and the road corridor that links Berbera with the Ethiopian border will be unlocked, and Ethiopia plans to import and export 30% of its goods through Berbera. This will help create jobs for our people and Somaliland will become more integrated in the regional economy.

Meanwhile, Somaliland plays an active role in UK and international efforts to combat extremism and piracy in the Horn of Africa. We dedicate significant resources to security and our people co-operate with our security forces to prevent al-Shabaab getting a foothold.

We want to see a stable and peaceful Somalia and have lessons to share from our experience of peace-building and democratic governance. But Somaliland’s integration into Somalia would only destabilise Somaliland without achieving peace in Somalia. A realistic solution must be found which acknowledges our people’s right to self-determination and takes into account the realities on the ground.

Although Somaliland enjoys a strong legal basis for statehood under customary international law, Somaliland is still denied international recognition. This is both deeply unjust and short-sighted. If Somaliland were recognised, it would be able to access international credits and attract FDI, strengthening our economy. This would create jobs, deterring our young people from migrating to Europe or joining extremist movements.

Our exclusion from international forums denies our people the right to be represented and heard on issues of global concern. Although Somaliland suffered from a serious climate-induced drought this year, causing widespread loss of livestock and livelihoods, we had no opportunity to contribute to the climate change talks in Paris.

We are deeply grateful for the support which the UK has provided to Somaliland in recent years, especially the development assistance from the Department for International Development (DfID), the training for our armed forces, and the Foreign and Commonwealth Office’s help in facilitating talks between Somaliland and Somalia in 2012.

Nevertheless, we believe the UK could do more. As the former colonial power, the UK has a unique understanding of Somaliland and its history.  Many Somalilanders have made the UK their home and are eager to contribute to modern British life.  Yet the British government sometimes seems more concerned with the fate of the former Italian colony of Somalia than the former British Protectorate of Somaliland.

Our people would like the UK to help them with their desire to be recognised as a sovereign state.  In 2001, the people of Somaliland voted overwhelmingly in favour of independence and  successive elections have returned governments which support recognition. A recent petition started by Somalilanders calling for recognition has already garnered half a million signatures.

Britain needs to show some leadership and restore the recognition which it granted Somaliland in 1960, encouraging other states to do the same.  Recognising Somaliland represents not just the ‘right’ thing to do, but enlightened self-interest: Somaliland will provide security for Britain in a strategically sensitive region, a growing market for British goods and services, and an important bulwark against terror and extremism in the Horn of Africa.