Neglected refugees find themselves even more neglected during COVID-19

The experiences of refugees in Uganda exposes both a governmental and global failure. 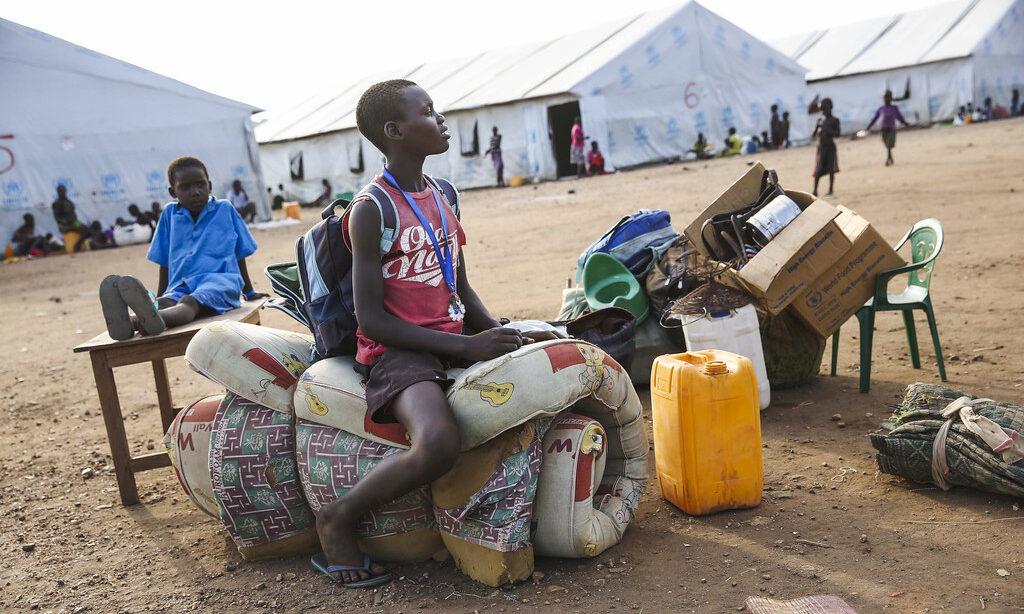 In camps like Imvepi in the north, Uganda hosts the most refugees in Africa and third most in the world. Credit: UNMISS.

As COVID-19 spreads across the world, our most vulnerable communities have suffered the most extreme brunt of its effects. Refugees especially.

In Uganda, the country that hosts the largest population of refugees in Africa, the situation is highly worrying. Most of the 1.35 million registered refugees are in UN settlements. They live in overcrowded conditions and there is insufficient access to hygiene supplies. This makes basic measures to stem the spread of the coronavirus such as social distancing and hand-washing, difficult.

To make matters worse, many refugees rely on aid, which was reduced by 30% last month. At the same time, large numbers of international staff left the country to self-isolate in their home nations. The UN Refugee Agency (UNHCR) and other organisations have attempted to put emergency measures in place. But sources on the ground say little has been done. A local government official in Arua told African Arguments: “I have not seen any actual response from the international donor community to tackle the emergency that the coronavirus is causing to our communities…If they do not show partnership now, when?”

However, not all refugees in Uganda are in settlements. Tens of thousands forgo official assistance and make the tough decision to move to towns and cities where they often have uncertain legal status but may find more opportunities for livelihoods. Many also move between refugee settlements and towns as part of a coping strategy under precarious circumstances.

For those individuals, COVID-19 has also made life much more difficult. Food prices in urban areas have increased exponentially. Remittances from relatives abroad have declined. International aid for refugees has been targeted at camps. And those in towns have been ineligible to receive government assistance reserved for nationals.

Furthermore, restrictions on movement have closed off a crucial lifeline for many. On 21 April, the Uganda government loosened measures to allow boda boda (motorcycle) drivers to carry goods, meaning refugees could transport food rations from settlements to the towns in which they live. But this remains insufficient to meet the demands of thousands.

In the absence of official assistance, several refugee groups have created their own support structures. For instance, the South Sudanese Urban Refugee Association (SSURA), which operates in West Nile region, has been providing in-kind donations to the most vulnerable refugees since the start of the lockdown and organised information campaigns about how to reduce the of contagion.

Since lockdown measures began, many would-be refugees have also been affected. Uganda’s border closure and suspension of asylum claims has meant that those fleeing instability in the neighbouring Democratic Republic of Congo or South Sudan have been unable to claim sanctuary.

The scale and scope of the challenges presented by COVID-19 are unprecedented in Uganda as elsewhere. But many of the specific difficulties being faced are the result of deep underlying issues. As well as creating new problems, the pandemic has, in many cases, simply shed light on existing inequalities, poor governance and bad policy-making.

Many of the challenges facing refugees in Uganda today are the result of long-standing policies that have too often failed to provide livelihoods and integration. For sure, Uganda’s open borders approach has put many countries in the Global North to shame. But while this has rightly garnered global appreciation, the reality has always fallen far short of the rhetoric. The Ugandan government’s promotion of progressive refugee policies has often been a way for it to present itself as a reliable partner of the international community, while its actual treatment of refugees on the ground has been quite different. The onset of the COVID-19 pandemic has simply further revealed the cracks between image and reality.

Ultimately, however, the situation facing refugees in Uganda throws into sharp relief the cracks in the global response to refugees. Despite rhetoric about responsibility sharing, refugees around the world have long been neglected. The world has failed to implement the 1951 Refugee Convention in a consistent and humane way and has been failing refugees for decades. The response to COVID-19 has simply exposed the weakness of protection structures when left to the whims of expedient governments trying to look good.

Now, as governments become increasingly exclusionary in their politics, the need for a conversation about global refugee policy that goes beyond rhetoric is more urgent than ever. The fallout from COVID-19 economically, socially and politically will last for years. And as every government around the world seeks to protect its own citizens, the global community faces a stark choice: turn inwards; or learn the lessons from the crisis that has shown more plainly than ever the importance of cooperation and genuine sharing of responsibility.

Lucy Hovil is a Senior Research Associate at the Refugee Law Initiative. Vittorio Capici is an MSc student in International Development and Management (LUMID) at Lund University.