Will Covid-19 South Africa be Another Case of ‘Death Without Weeping’? 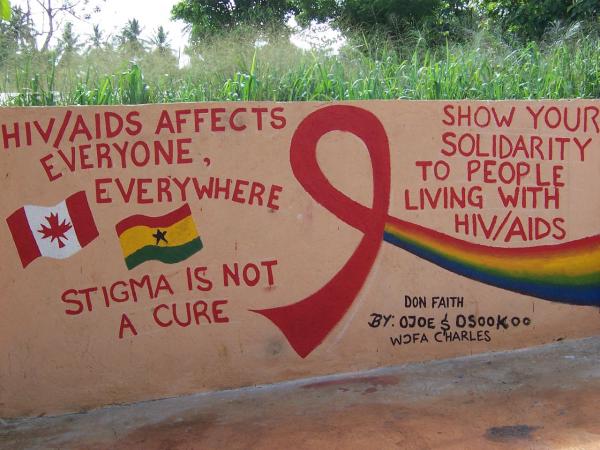 In the 1990s, the anthropologist Nancy Scheper-Hughes produced an unsettling ethnography of death, violence and hope in a shantytown in north-eastern Brazil. Her book, Death Without Weeping, was centrally concerned with how shockingly high levels of infant mortality were hidden from public view by the ways in which women and families coped with this reality in the community.

Scheper-Hughes noted that young women in this place were refusing to name their children to protect themselves and their families from the pain of having to deal with the full impact of pervasive death. She argued that by delaying the attribution of social and cultural identities to children, such as through naming, baptism and other rites, these mothers were better prepared to deal socially, financially and emotionally with the almost inevitable loss of these infants.

In his 2016 study of the Ebola virus in West Africa, Ebola: How a People’s Science Helped End an Epidemic, the anthropologist Paul Richards noted that social behaviour changed radically and rapidly there too as people quickly learnt that existing forms of household care, social proximity and intimacy were simply deadly. Adjustments were made in home care and social distancing that, he argued, resulted in a people’s science which ultimately managed to defeat the spread of Ebola in poor communities. From the African Arguments book series

As poor communities come face to face with Covid-19 in South Africa in 2020, it might be useful to think about what kind of response will be most likely in this context. Will death be concealed as has been the case with HIV/AIDS? Will questions of family honour and shame predominate? Also, how will bodies be viewed and cared for? Where will the dead bodies be buried? And, what kind of ‘people’s science’ will emerge at the local level to contain the spread of the disease? (see also my earlier piece ‘Beyond a bio-medical fix – The value of “people’s science”’).

These profound questions lie on the road ahead. It is difficult to say exactly how poor South Africans will respond to the pandemic, because there is no evidence to suggest that Covid-19 and its lethal prospects have yet been internalised in poor communities. Masks still appear to be worn more as fashion items, or to comply, rather than as essential tools for survival in the townships. Pandemics and disease are, however, no strangers to the poor in a country that has been at the forefront of the global HIV/AIDS epidemic.

The evidence from South Africa during the HIV/AIDS pandemic suggests that the country initially went down the road of denialism and cultural concealment rather than confrontation. The internalisation of the biomedical implications of HIV/AIDS took a while to take root in South Africa. The journey started with the AIDS denialism of the Thabo Mbeki regime, when the state questioned the core findings of the dominant Western biomedical model.

But even after the state acknowledged that HIV/AIDS was not just a disease of poverty and that it could not be cured by improved nutrition, there was still widespread popular denialism through folk theories of causality and connection. These varied from rumours and beliefs that traditional healers could ‘AIDS-proof’ people through treatment, to ideas that condoms caused rather than prevented the spread of HIV/AIDS.

One of the critical issues in the case of HIV/AIDS was the question of shame and the reluctance of families to disclose the actual cause of death. Obituaries seldom mentioned AIDS and death notices were carefully worded to disguise any association with the dreaded disease. Those who were grievously ill were often also removed from the cities and sent to die in the countryside.

There were also folk models around causation, which challenged the Western biomedical model of personal or individual blame. People were simply not prepared to accept that they were causing and spreading the disease, attributing this to other factors.

The net result has been a kind of ‘death without weeping’ in which the extent of the disease’s death toll has been hidden or concealed from view, and even refuted. This has not made the impacts of the dying and the deaths any the less traumatic for the families nor has it freed them of the financial and social burden of caring for the sick and burying the dead. But it has helped them deal with the question of shame and dishonour.

There has also been no effective ‘people’s science’ to stop the spread of HIV in the country. One of the reasons for this is that men and women have remained divided in their approach to the disease. Women have generally been much more receptive to the evidence of Western science and have been keen to adjust their behaviours to minimise risk.

Men, on the other hand, have been less prepared to talk about the disease or to accept changes to their sexual behaviours and social practices in order to minimise the spread of HIV.

In contrast to these socialised responses to death and disease, recent reports from Latin America as the Covid-19 virus has spread have described dead bodies being wrapped in plastic and dumped on the street. In Guayaquil in Ecuador, the sheer volume of deaths in April took the city by surprise and the response was one of chaos, anger and unrest.

Meanwhile, the Eastern Cape government recently indicated that it opposed receiving infected bodies from the Western Cape and that it would need to be compensated if such bodies were to cross provincial borders, which seems to suggest that fewer bodies will move in the Covid-19 crisis. This will put immediate pressure on oversubscribed cemeteries in the cities.

It is also clear that the denialism associated with HIV/AIDS will not accompany Covid-19. It is not a matter of social shame to be accidentally in the small air space of an infected person. It does not involve forms of intimacy that are socially inappropriate or compromising. It also does not involve the complexities of contested notions of gender identities and sexuality.

As a result there are greater possibilities for consensus at the local level and for what Richards calls a ‘people’s science’ – a set of democratically produced behaviour practices to manage the disease. In another article I discuss how selective re-ruralisation of urban populations could be a ‘people’s science’ approach to Covid, ‘Rural retreat: Allowing people to return home during lockdown could turn a tide’. For this to happen, it is critical that street-level organisations and households internalise the impending dangers and do their best to advise people of the everyday protocols that can minimise the impacts of the disease.

However, despite the measures that have been taken and may be taken, there will be many deaths in the coming months. And, if death is accompanied by weeping, and the cause of death is not wilfully disguised or withheld from public scrutiny, as was the case with HIV, then there will be anger and outrage that may be directed elsewhere as individuals refuse to bear the blame for their own infections.

In this regard, the Covid-19 experience will be overtly political, because the disease is likely to be socialised in a different way to that of other pandemics, like HIV/AIDS. At the same time, there is also more chance of an effective ‘people’s science’ emerging with Covid-19 than HIV/AIDS because, by comparison, it lacks the social complexity of infection and transmission. For this reason, the state must urgently step back and allow urban and rural households and civic organisations to play a greater role in the management and prevention of the disease.

In addition, instead of pushing people around on the streets, the state might start to plan for how to respond once the dead bodies start to appear on the pavements of urban township and in shack areas. Careful attention will need to be given to the dignity of death and to culturally appropriate burial in the city, if the level of public anger and outrage is to be contained. It seems clear that the families of the deceased will be less prepared to bear the burden of Covid-19 than they have with HIV/AIDS. They will expect the state to do more.

Vuyokazi Nelly Sharpley is a sociologist who works in the field of livelihoods, wellbeing and health research in South Africa. She is currently active in numerous applied research projects on poverty and inequality in rural communities in the Eastern Cape and is the Head of Social Sciences in the Faculty of Humanities, Social Sciences and Law at Walter Sisulu University. Leslie Bank is a research director in the Inclusive Economic Development Unit at the Human Sciences Research Council, South Africa and professor of social anthropology at Walter Sisulu University. He is the co-author of a new volume on South African migration dynamics entitled Migrant Labour After Apartheid: The Inside Story (HSRC Press, 2020), https://www.hsrcpress.ac.za/books/migrant-labour-after-apartheid