I cry for the country we could have had these past five years, for the blood that could have been spared, for the memories families could have built. 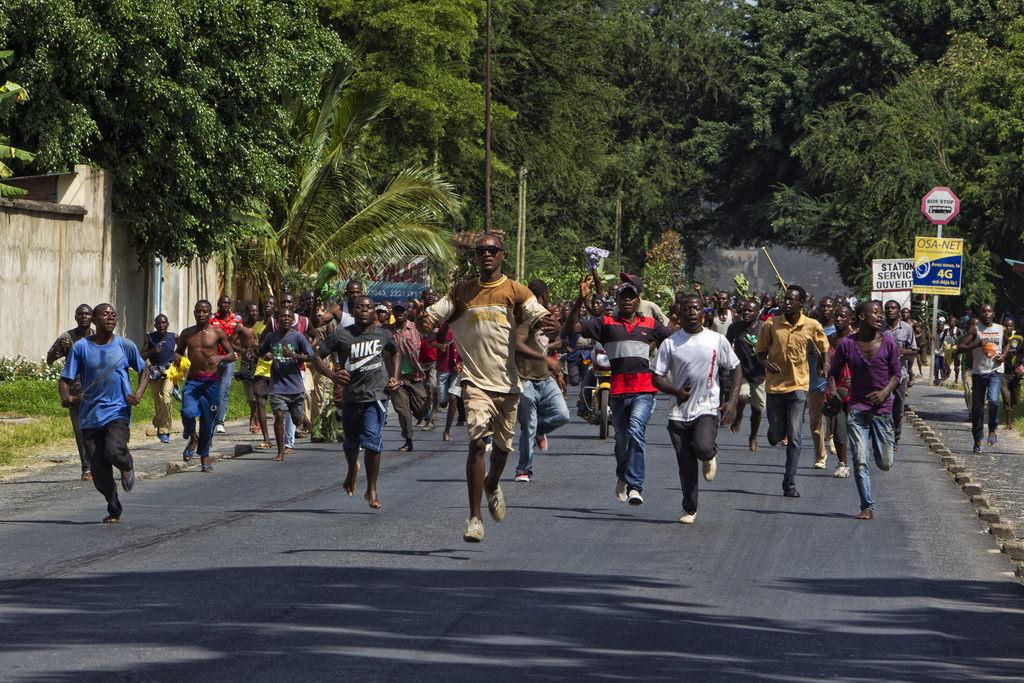 In 2015, thousands in Burundi took to the streets to protest against President Nkurunziza running for a third term. Credit: Igor Rugwiza.

On 25 April 2020, exactly five years after Pierre Nkurunziza announced he would run for a third term, I attended the virtual screening of a new documentary. The Forgotten of the Great Lakes, directed and produced by Burundian filmmaker Joseph Bitamba, looks at the use of rape as a weapon of war, following survivors in the Democratic Republic of Congo, Rwanda and then Burundi.

The Burundian survivors interviewed share one thing in common: they all lived in neighborhoods that actively protested against Nkurunziza’s third term in 2015 and were raped by security forces in retaliation. One woman’s testimony will haunt me forever. She does not wipe away her tears and her voice breaks as she describes how policemen and members of ruling party’s youth militia – the notorious Imbonerakure – burst into her home. They gangraped her, in front of her children, before trying to force her teenage son to rape her too. When he resisted, he was shot on the spot. He was left for dead, lying on top of his mother’s body, but survived his wounds. From that moment on, however, he was unable to look his mother in the eye. Having witnessed her violation and been forced to participate in it, something deeper than his physical wounds had been broken in him. He left home without saying a word a few days later, never to be seen again.

When the news broke on 9 June that Nkurunziza had died, aged 55, my initial reaction was shock. It felt unreal, almost staged, a plot twist that befits literature, not real life. But slowly the shock began to fade as notifications exploded on my phone. Numbness cooled my veins and left me frozen, in a state I still can’t quite describe. I imagine what I am feeling is only a fraction of what these rape survivors felt upon hearing of his passing.

Tradition in Burundi is deeply respectful of the dead. One does not speak ill of the deceased, certainly not in the early days. A seven-day national mourning period has begun across the country. My family and I prayed for the wife and children Nkurunziza leaves behind tonight. But I shed no tears over his untimely death.

My tears, instead, are for the lives forever bruised and haunted by the pain his regime caused. I cry for the country we could have had these past five years; for the blood that could have been spared; for the memories families could have built together; for the amputated limbs of our young protestors; for the elderly who walked kilometres to end their lives in refugee camps; for the million little broken pieces so many of us have become.

When Nkurunziza came to power in 2005, the air was full of possibility. A newly-elected president from the long oppressed Hutu majority was democratically acceding power, ending a decade of war. He promised change and social justice measures such as free primary education and maternity care. As a journalist at the time, pregnant with my first child, I covered the elections with enthusiasm at a new pan-African radio station. Independent media was flourishing, civic space was guaranteed, and there was an exceptionally open environment for political debate. Despite decades of politically induced ethnic tensions, Tutsis and Hutus alike seemed to believe in a new beginning for the nation.

Things deteriorated slowly over Nkurunziza’s first term. Corruption and extrajudicial killings accelerated in his second. Then, in 2015, he announced he would run for a third, despite the constitution’s two-term limit. This prompted days of widespread protests. On 13 May, some soldiers carried out a failed coup. Soon after, the regime cracked down heavily on protesters, journalists, government opponents and activists. Many were imprisoned. The rest, including my own family, went into exile. Renaissance FM, the radio station I had helped start, was burnt to the ground.

For many Burundians, waking up to photos of hand-tied, dead bodies stuffed in street gutters became the new norm. Human life lost value and family WhatsApp groups discussed murder and disappearances in the same breath as weddings and births.

For exiled families like my daughters and I, the past five years have meant being torn from our lives and the innocence of childhood being forever halted in its course. I dedicated all my energy to bringing the regime’s crimes to light. I hoped, above all, that African states would break ranks from one of the worst dictatorships today. To put things in perspective, the notorious Chilean dictator Augusto Pinochet is estimated to have killed 3,200 people over 16 years. By 2018, it was estimated that Nkurunziza’s regime had killed 1,700 people in just 4 years.

State violence is not new to Burundi. Nkurunziza followed in the footsteps of his predecessors, including those who murdered his own father in 1972 and those he fought to overthrow with his rebellion. He was the product of a cycle of impunity, which is at the root of Burundi’s recurring crises. It pains me that his sudden death robs us of another chance to install a culture of justice and accountability so essential for lasting peace.

Perhaps the greatest irony in Nkurunziza’s death is his dismissal of the COVID-19 pandemic. In recent rallies in support of his successor Evariste Ndayishimiye, who won presidential elections just three weeks ago, he claimed that God had purified Burundi’s air and that no masks were necessary in his blessed land. One of the last acts of his government was to expel World Health Organisation representatives and dismiss the need for preventative measures. Although the official cause of Nkurunziza’s death is a heart attack, rumours abound that he had contracted the virus. His wife, Denise Bucumi, was airlifted to Kenya for treatment days earlier, a luxury most Burundians cannot afford to dream of. He leaves his country at high risk, with some of the poorest health infrastructure on the continent.

Those who were close to Nkurunziza or directly benefited from his rule grieve him today. It is their right. But his death should not sanitise his life. I am holding space for a different loss, for the deaths which are not reported and for which flags will not fly at half mast. I mourn the tortured, the imprisoned, the impoverished. Nkurunziza may find peace in death, but his victims will live with the wounds of his rule for the rest of their lives. My heart goes out to them. May a new dawn rise for them and for the Burundian people as a whole. This is the hard work that awaits us all.