The podcast series “African Voices, African Arguments” features African scholars, writers, policy makers and activists on issues of peace, justice and democracy, and is presented in partnership with The Institute for Global Leadership at Tufts University. The podcast was first published on the World Peace Foundation’s blog; Reinventing Peace.

In the second of the series, World Peace Foundation Executive Director, Alex de Waal interviews Professor Alcinda Honwana, Centennial Professor and the Strategic Director of the Firoz Lalji Centre for Africa at the London School of Economics and Political Science.

“There is something radically new in the way these young people understand political engagement, collective action, and they really don’t want to do politics as usual…they want something new, but that’s what they are wrestling with.”

Professor Alcinda Honwana is Centennial Professor and the Strategic Director of the Firoz Lalji Centre for Africa at the London School of Economics and Political Science. Her extensive research on youth and conflict, youth socio-economic transitions and youth political protest and social movements earned her the reputation as one of the most influential scholars in these fields. She was the Chair in International Development and Director of the International Development Centre at The Open University, UK. Honwana’s career has straddled both academia and policy which allows her to bring critical policy insights into her academic work. She was an Inter-regional Adviser on Social Development Policy at the United Nations Department of Economic and Social Affairs (UNDESA); Research Coordinator at the United Nations Office for Children and Armed Conflict (OSRSG/CAC); and Program Director at the Social Science Research Council (SSRC) in New York. 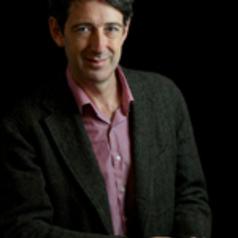 Who is guilty of rape? The Council ...