I’m a Zimbabwean doctor. The crisis is even worse than you think.

Doctors and nurses are on strike. We’re having to turn patients away. Morale is the lowest it’s ever been. 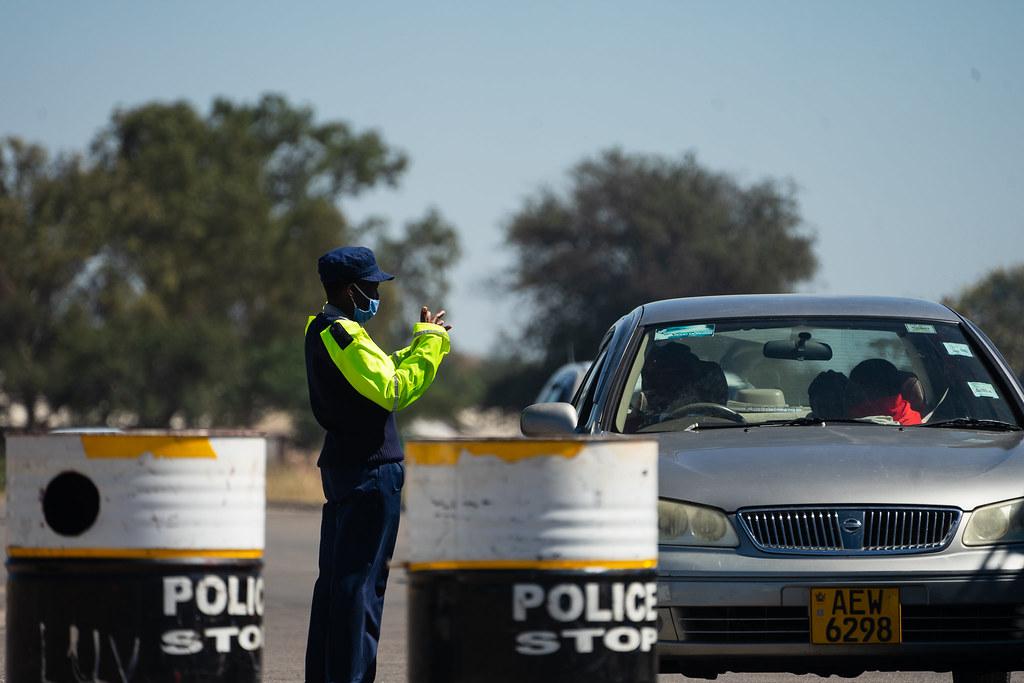 A police officer at a checkpoint in Bulawayo, Zimbabwe. Credit: KB Mpofu / ILO.

You may have heard about the seven babies stillborn in Harare Hospital in one day at the end of July. From the maternity register that night, you can see that the infants were on average a healthy weight. They should have survived. The reason they died is because Zimbabwe’s health system is simply not functioning as we speak.

Many doctors, like me, are afraid to say this because our government only knows how to use force. That’s why I am writing this anonymously. But the reality here is that the tragic case of those babies is just one of many. There are many more people dying.

This situation was already desperate last year. Medics in Zimbabwe were struggling to get by on such low wages and to work in such poor conditions. This led us to go on strike in September 2019. We only returned to work in January 2020 when the telecoms tycoon Strive Masiyiwa offered to supplement our government wages with a monthly subsistence allowance through his charitable foundation.

But then, in March, COVID-19 reached Zimbabwe. At a time when the dilapidated healthcare sector urgently needed support and attention, President Emmerson Mnangagwa’s administration did nothing.

In April, the High Court ordered the government to ensure all healthcare workers were supplied with Personal Protective Equipment (PPE). But now in August, there is still hardly any PPE. If you’re lucky, you’ll get an N-95 mask (one with an air filter), but we’re mostly working with one surgical mask that has to last the entire day and plastic aprons. We hear more and more of nurses being infected and, when they do, there is no insurance for them, no support, and no one to look after them. This, in the middle of a pandemic.

Pay has also remained desperately inadequate. Health workers are not asking for money to buy expensive houses and go on holiday, but just enough to survive. As a doctor, for instance, I receive about $175/month. That’s a little less than $6 a day. Both my wife and I are frontline workers, and we struggle to pay the rent and bills with this pay. The situation is even more dire for nurses. Many of these essential workers receive just $30/month and go hungry because they can’t afford to spend money on food.

It’s for these reasons that nurses in Zimbabwe went on strike two months ago. Instead of improving pay, PPE and working conditions, however, the government brought in student nurses and those who had been out of work for a long time. This meant that many wards were overwhelmed or staffed with nurses who were either inexperienced or who hadn’t received recent training.

Shortly after, doctors downed tools too. We are demanding the same things as our colleagues: PPE; better conditions and equipment in hospitals; decent pay; and for our salaries to be paid in US dollars rather than the RTGS dollar (or “Zimdollar”) which is subject to hyperinflation.

Throughout the pandemic and following the story about the death of the babies, some of us have been criticised for going on strike. I understand, but we are not striking because we don’t want to work. We are striking because we want to be able to do our jobs. But to do that, we need real equipment and not to be improvising the whole time. We need to be physically, emotionally and mentally fit. And we can’t be worried about catching COVID-19 every time we go to work and thus endangering ourselves and our families.

Those seven babies should be gurgling happily with their parents or guardians right now. But in the current situation in Zimbabwe, the truth is that they didn’t stand a chance. At the department where they were born, the staff were overworked and underappreciated to the point that they could simply no longer afford to work. There is maybe one overwhelmed nurse or midwife there, taking care of ten to fifteen patients. If a woman needs to be operated on, there are no anaesthetists to call on and too few nurses to prepare the patient.

The tragedy of those babies, however, is just one story. There are many more that you won’t have heard about. Of people dying on operating tables; of patients with tumours being turned away because we haven’t been able to carry out elective surgeries for months and then dying after the disease spreads; of preventable conditions that should only require basic treatment becoming life-threatening.

Across the country, health workers are having to turn patients away. I have lost count of the number of patients I have had who are sick but cannot afford even the most basic of treatments. Sometimes you stop and wonder: are all these people being failed by Zimbabwe’s healthcare system now just dying at home?

We are tired of telling patients that you are going to die, tired of patients dying when it could have been prevented. As people who were trained to care, the situation is incredibly distressing. Our morale is incredibly low – the lowest it has ever been – and so many people now just want to leave the country.

We are looking to our government for change, but the truth is they don’t care. The people in power don’t get treated in government hospitals. When they get sick, they go abroad. They even saw the pandemic as little more than a money-making opportunity. We saw this play out in the multi-million-dollar equipment procurement scandal that led to the recent arrest of the Health Minister as well as the vindictive detention of Hopewell Chin’ono, the journalist who uncovered it. The government then appointed Vice-President Constantine Chiwenga – a military man known for making insulting comments about doctors – as the new Health Minster.

President Mnangagwa’s disdain for ordinary Zimbabweans can be seen in his administration’s stifling of people’s freedoms. A month after it awarded Range Rovers and Toyota Pick-Up Trucks to senior civil servants and diplomatic staff, it can also be seen in its treatment of the nation’s health workers, its healthcare system and the millions of Zimbabweans who rely on it.

The Zimbabwean doctor was speaking to Samira Sawlani.

The author is doctor in Zimbabwe. They asked to remain anonymous for their personal protection.