“We should really do more on sexuality.” For a few years now, one can regularly hear this intention amongst journal and book editors concerned with Africa and African Studies. Yet, over the last decades, a lot has already been published. The field is – as they say – exploding. Articles, special issues, monographs and edited volumes rapidly follow each other. At African Studies conferences, one can literally fill entire days with paper presentations, panels and streams on sexuality. Truly fascinating research is under way. But the feeling that more should be done lingers. And rightly so.

Despite its growing interest, sexuality remains a rather niche subject: an occupation of scholars whose numbers might be growing but who still often find themselves at the margins of their disciplines and institutions. Especially so in African Studies. The intention to do more on sexuality is therefore a call for broader conversations that transcend subfields and specializations. To bring together audiences and perspectives that are otherwise kept apart. To push sexuality work into the so-called “mainstream” – without therefore losing its radical potential. And to debate the significance of the study of sexuality for creating a more inclusive body of knowledge on African societies.

Second, although exploding, the field of sexuality research in Africa is still structured by a fairly limited set of questions: health, sexual violence, transactional sex, sexual identities, homophobia, sexual rights and the circulation of LGBTQ vocabularies and politics. In this regard, only some voices are heard, published and cited. Others are not. To do more on sexuality means to radically open up the field. To bring in topics and conversations that otherwise remain below the radar of what is seen as urgent, important and politically relevant. Opening up the field also means being inclusive beyond our comfort zones. To acknowledge frictions and contradictions as prompts for conversation. To recognize the multiplicity of sexual experience beyond the standard narratives in which they are often told. To let go of cherished concepts and frameworks when needed. To reinvent them when we must.

More should indeed be done on sexuality. So much was clear to us after we recently put together an edited volume (Readings in Sexualities from Africa, 2020, Indiana University Press) that introduces older and emerging themes in the field but also identifies stubborn blind spots. We are therefore delighted that Debating Ideas, a blog dedicated to promoting the African Arguments Book Series and its brand of scholarship, asked us to edit this blog series. Blogs seem promising tools to extend audiences and listen to voices who might not be so easily heard in other formats. Today, some of the most thought-provoking writing on sexuality from Africa already occurs in the blogosphere and actively reinvents the position and idea of the “scholar” outside of recognized academia. Yet, for this very reason, the invitation to edit a blog series also triggered profound hesitations from our part. Who are we to curate writers, scholars, activists and artists from the African continent? As two white European researchers working on sex and sexuality in “Africa”, we are only too aware of the thorny issues of representation this historically problematic field continues to pose.

Readings in sexualities from Africa by the International African Institute

And yet, here we are (again). Our presence reflects the stark inequalities between our relatively comfortable positions in privileged universities and the precarious situations in which so many of our colleagues on the African continent find themselves. Our position affords us the possibility of taking on unpaid jobs – like blog editing – and investing in things that so easily lose their urgency for those whose priorities lie elsewhere. Over the past years, we have been confronted time and again with the sheer fact that, despite their energy and willpower, for scholars and activists on the continent, finding the time and space to sit down and write is a luxury few can afford. For instance, of the eleven initial contributors to a forthcoming special issue on queer frontiers and pioneers for the journal Africa, eight had to opt out along the way. All of them authors from the continent.

The sub-field of sexuality studies in Africa also faces particular challenges in terms of funding and institutional support. In many African universities and research institutions, sexuality research is persistently seen as less important and less viable than, for instance, work on migration, security, religion or development. In many cases, gender is already controversial – let alone sexuality. Although the situation might be somewhat better in the humanities than in the social sciences, we know from our own networks of colleagues who are actively hindered and sabotaged because of their “inappropriate” research interests and topics. And yet, perhaps surprisingly, even in the most unlikely institutions, MA and PhD dissertations on sexuality do get written every year (although they rarely manage to reach the audience they deserve – and, at best, merely circulate as “grey” literature). Moreover, the very fact that, notwithstanding these overwhelming difficulties, so much stunning African writing on sexuality has nevertheless been published over the last decade is a testimony to incredible talent and perseverance.[1]

Blog posts are less demanding, quicker to publish and more accessible than academic articles or book chapters. As such, they can be one of the ways to further decolonize knowledge production in African Studies and help overcome the stubborn citation gap that continues to plague sexuality studies. Yet, blog posts also come with their own challenges and limitations. Although widely read, they are not a format typically recognized in the academy and thus risk being received as contributions that do not really matter for serious science, argument and analysis. Blog posts also need to render complex realities in short pieces that manage to retain readers’ limited attention spans in an already crowded and opinion-saturated digital world. And while they allow for new voices that can somehow push the conservative boundaries between “academic” and “non-academic” work, they also continue to exclude others from the scene. Those who know how to master the language they need (for others to listen) still overrule those for whom putting thoughts and feelings into words is not a priority – or not an option. English male voices dominate the blogosphere. And while poetic interventions may try to craft a new language and visual and artistic experiments open up possibilities beyond the written, questions of representation remain.

We therefore cannot but assume the responsibility that comes with the injustice of our privilege. This blog series creates opportunities for young African scholars, writers, activists and artists to tell stories, craft arguments, formulate ideas, and try out things the world can and must learn from. We hope other editors will plot a future takeover! For now, we can only give the floor to people whom we feel must be listened to at this moment. To voices that – each in their own way – open up the idea of sexuality so that other stories can become possible.

Bringing sexuality into the discussions in and on Africa is more than a box-ticking exercise. More should indeed be done. More can be done. 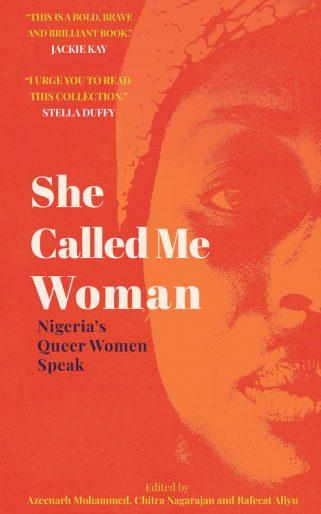 The most worrying aspect of the Kankara ...

Rachel Spronk is associate professor at the University of Amsterdam. She is trained as an anthropologist and does interdisciplinary research on culture, gender and sexuality. Her research focuses primarily on the intersection of three scholarly fields - anthropology, gender and sexuality studies, and African Studies. Thomas Hendriks is a social and cultural anthropologist whose work draws from extensive fieldwork in the Democratic Republic of Congo.