After the Kumba massacre: Schools in Cameroon’s Anglophone crisis

Until recently, activists in the diaspora and separatists had insisted that schools remain closed and used violence to ensure it. 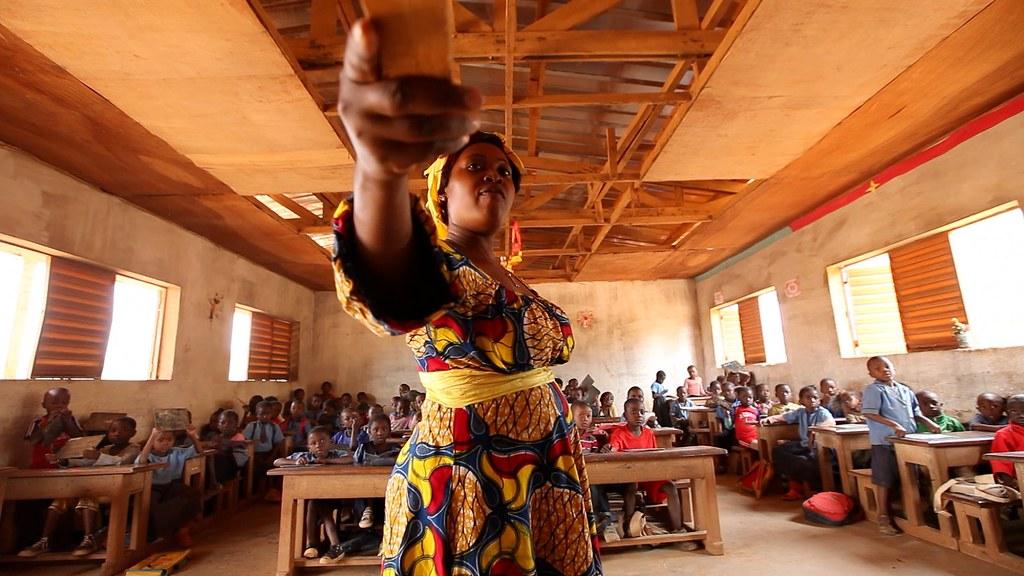 At a primary school in Cameroon. Credit: GPE/Stephan Bachenheimer.

On 24 October, armed men attacked a school in Kumba in the Southwest region of Cameroon. They killed seven students and injured others several more.

In the aftermath of the assault, the Cameroonian government was quick to blame separatist fighters who have been locked in war for independence since 2017. The secessionist groups rejected the claim. They said the attack was conducted by agents of the Cameroonian military in an attempt to tarnish the separatists’ reputation.

Regardless of who was responsible for it, the Kumba attack underscored the fact that educational institutions have been a target throughout the crisis that has engulfed the two Anglophone regions of Cameroon. Since its start, teachers and students have played a key role, whether as players or pawns. Many schools had only just re-opened following years of enforced closures, and Kumba is just the latest school in the Anglophone regions to have been attacked in the last few years.

Calling for a school boycott

Schools and teachers have been central to the Anglophone crisis since protests against the regions’ decades of marginalisation began in 2016. That October, teachers’ and lawyers’ trade unions organised demonstrations demanding an end to Francophone domination in their institutions. By the end of November, students had joined in, leaving schools empty.

As the Cameroonian government brutally suppressed these demonstrations, the Anglophone Civil Society Consortium, which was spearheading the movement at the time, called for civil disobedience in the form boycotting businesses and schools.

The day after this action commenced, the protest leaders were arrested. Soon after, several teachers’ trade unions and members of the consortium called for schools to resume but the consortium leaders refused to change their stance. Activists in the diaspora also spread disinformation by saying UNESCO would not recognise any educational certificates issued in Cameroon that year. The boycott largely held.

The few schools that re-opened faced reprisals. The first attack on a school occurred in February 2017 near Kumba. In May, a government primary school in Bamenda that was preparing to host exams was burnt down. It is not clear who carried out these attacks as separatist fighters had not yet mobilised, but it is likely they were motivated by activists in the diaspora who had begun to advocate for a violent approach.

The boycott was further solidified in the summer of 2017 when members of the diaspora formed the “Interim Government” of Ambazonia. The new group, which advocated for the creation of an independent state, said it would not permit the resumption of schooling until independence was granted.

When conflict then broke out in January 2018, separatist fighters added the threat of violence and attacked schools that defied the boycott. In April 2018, high school staff member Thomas Nkongho was killed by secessionist fighters. Days later, primary school teacher Sophie Maloba was executed. Some other teachers were kidnapped. This use of violence was encouraged by activists in the diaspora. US-based activists such as Eric Tataw and Tapang Ivo Tanku, for instance, issued threats of violence that were later carried out or openly celebrated the executions of students.

These attacks continued at the start of the academic year in 2018. That August, Ayeah Ngam Emmanuel, a teachers trade unionist calling for school resumption, was abducted. Then, on the first day of the term, fighters attacked the Presbyterian School in Bafut, kidnapping teachers and students. By the end of 2018, at least 43 schools had been attacked or burned.

This pattern has continued up to now, with the vast majority of children in the two Anglophone regions unable to attend school.

The official reason separatists have given for opposing the resumption of schooling is that it is not safe for students due to the conflict. It is widely assumed that the real reason for the policy, however, is so that they can use it as leverage in negotiations with the Cameroonian government. When a delegation of female leaders travelled to the US to discuss reopening schools with separatist leaders, for instance, they were told that the issue could only be addressed as part of official negotiations.

At the beginning of the academic year in 2020, segments of the divided separatist movement began to change their stance. The Interim Government of Sisiku AyukTabe, who remains in prison in Yaoundé, announced that parents may send their children to school if they determine it to be safe. Fighters on the ground announced their support for limited forms of schooling. Activists who had vociferously opposed school resumption in the past including Eric Tataw and Mark Bareta changed their positions. And some other separatist groups such as the Ambazonbia Governing Council (AGOVC) stated that while it did not support government schools resuming, it supported “community schools”.

Others retained their previous stance such as the Interim Government of Samuel Sako, which said that school resumption would not be allowed unless accompanied by international negotiations to end the conflict.

Following these changes, many students began attending school for the first time in years and felt secure doing so. However, this all changed with the killing of students in Kumba. While it is too early to know the full impact that attack will have on the resumption of schooling, it is clear that many children will continue not to receive an education as long as the conflict continues.