DRC: Rumours abound after series of deaths in the president’s entourage

From plane crashes to COVID complications, over twenty of President Tshisekedi’s allies died in the course of just one year. 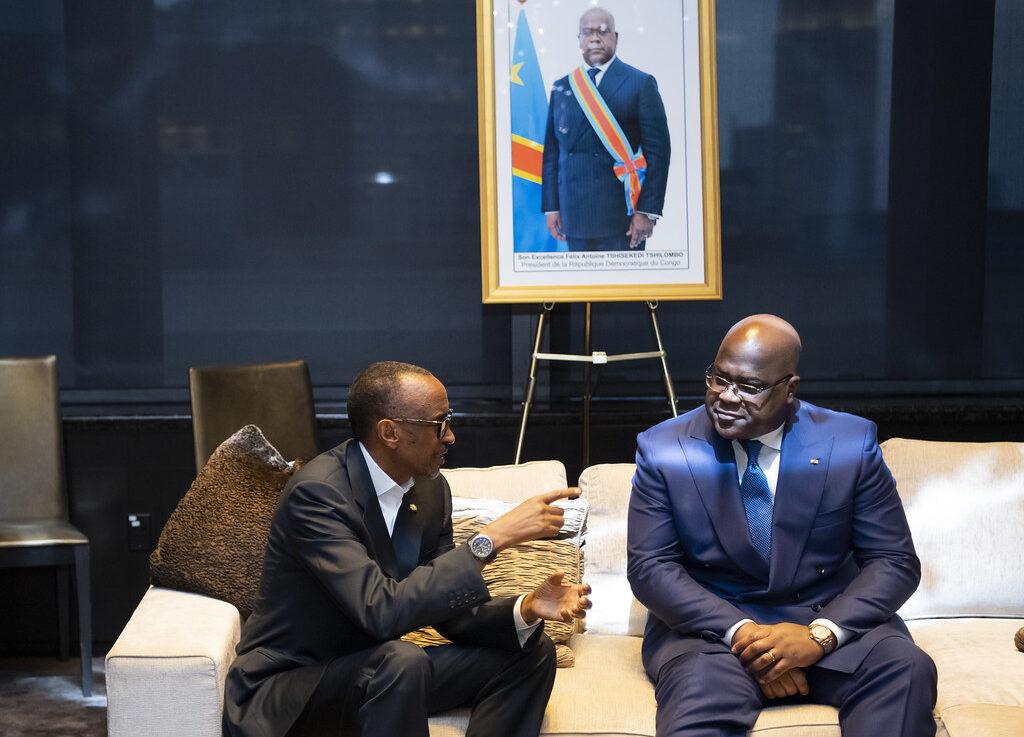 In the course of just one year – from June 2019 to May 2020 – an alarming twenty-plus people in President Félix Tshisekedi’s immediate entourage died. These deaths have ignited various conspiracy theories and shine a light on the grim reality of politics in the Democratic Republic of Congo (DRC).

The series of deaths began in June 2019, five months after Tshisekedi took office, when Monique Kitoko, a 47-year-old official in the president’s Union for Democracy and Social Progress (UPDS) party, died of a heart attack. Then in October, an Antonov plane carrying members of the presidential staff crashed in Sankuru province.

Since the start of this year, the president has lost several more colleagues to deaths attributed to COVID-19. This list includes at least five advisers – Maitre Jean-Joseph Mukendi Wa Mulumba, Jonas Shamone, Cesar Kalala, Jean Pierre Westhi, and Charles Kilosho – as well as his uncle, Bishop Gérard Mulumba, and another one of his bodyguards. Bishop Mulumba’s chief-of-staff Josias Shamuana Mabenga died shortly after too.

The causes of death of some other presidential allies remain unclear. These include: Louis Tshiyombo Kalonji, an adviser to the president; Julio Kapeta, Tshisekedi’s cousin; Ekumani Wetshi, assistant director of communication; and Bernard Tshilumba, another bodyguard. Finally, Léon Lukaku, head of counter-espionage in the National Intelligence Agency, was reportedly assassinated in March.

This series of deaths has fanned the flames of suspicion, especially as the deceased were all close to the president and from his home province of Kasaï. As a figure close to the UDPS commented: “The head of state has only lost his closes associates. And, they want us to believe that Mr. Coronavirus is the presumed assassin.”

This speculation has been fed by various inconsistencies and rumours. For instance, the death of Gilbert Mundela, an adviser and relative of the president, was attributed to COVID-19 but this was refuted by those close to the deceased, including his mother.

Some have also pointed to allegedly suspicious behaviour or patterns. For example, it has been reported that Defence Minister Aimé Mukena, a close ally of former president Joseph Kabila, was originally scheduled to travel on the plane that crashed in October 2019 but that he changed plans at the last minute. The president of the African Association for Human Rights (ASADHO), Jean-Claude Katende, publicly and cryptically cast doubt on the deaths of Bishop Mulumba and his chief-of-staff too, tweeting: “Anyone who is intelligent can understand.”

Others have noted that the string of high-level deaths stopped – with one key exception – after Tshisekedi’s then chief-of-staff, Vital Kamerhe, was arrested on charges of embezzling nearly $50 million in April 2020. The one exception was the sudden death of Raphael Yanyi, the judge presiding over Kamerhe’s trial. The justice died just two days after the Kamerhe’s first hearing in May 2020. It was initially announced that he had died of a heart attack but the autopsy soon revealed that he’d received several blows to the head.

In June 2020, President Tshisekedi’s special advisor in charge of universal health coverage, Roger Kamba, said the high-level deaths would be officially investigated. He explained that the inquiry would “analyse the rumours circulating on social networks reporting repeated deaths by poisoning”. Since then, Kamba has refused to provide more specifics and results of the investigation are still pending.

Whether or not there is any truth to the conspiracy theories, however, their spread and the form they have taken reflects the helplessness and anger many people have with Congolese politics. The past decades have been characterised by corruption scandals, patrimonialism and the lack of rule of law. Meanwhile, several elections are widely believed to have been fraudulent.

Following the most recent poll in late-2018, Joseph Kabila finally stepped down amid heavy pressure from both inside and outside the DRC. However, the president of 18 years ensured he could continue to wield significant power even after leaving office. He allegedly manipulated the election to secure victory for Tshisekedi and guaranteed that his own party, the Common Front for Congo (FCC), won a majority in the legislature.

The new president has therefore been constrained by his predecessor since taking office. Tshisekedi has also had to balance interests within his own side. During the 2018 campaign, for instance, Tshisekedi reportedly promised the position of prime minister to fellow opposition leader Vital Kamerhe. On assuming the presidency, however, Tshisekedi realised that he could not fulfil this promise given the FCC’s control of the legislature. Instead, he made Kamerhe his chief-of-staff.

In this position, Kamerhe reportedly clashed with other presidential advisers, many of whom were from Tshisekedi’s Luba ethnic group. This context has fuelled conspiracy theories about Kamerhe’s involvement in the series of deaths.

Governing in the DRC

Regardless of the cause of the mysterious series of deaths, it is clear that despite Kabila stepping down, Congolese politics remains characterised by clientelism, internal tensions, competing allegiances and mistrust. The difficulty of governing in such a context cannot be overstated, particularly considering the various crises facing the DRC. This includes a mounting death toll in the eastern provinces due to conflict, chronic poverty, the COVID-19 pandemic, and a brutal colonial legacy.

The Congo’s entrenched system of patronage and high-level competition further limits the ability to rule effectively. Despite being one of the richest countries in terms of minerals, the population rarely sees this wealth. Rather, in such a clientelist system, access to the state is a highly coveted means of securing resources for personal gain.