The one country that could mediate in Ethiopia

South Sudan is not seen as a threat by any of the warring parties and has close personal relationships with leaders in Addis, Mek’ele, and Asmara. 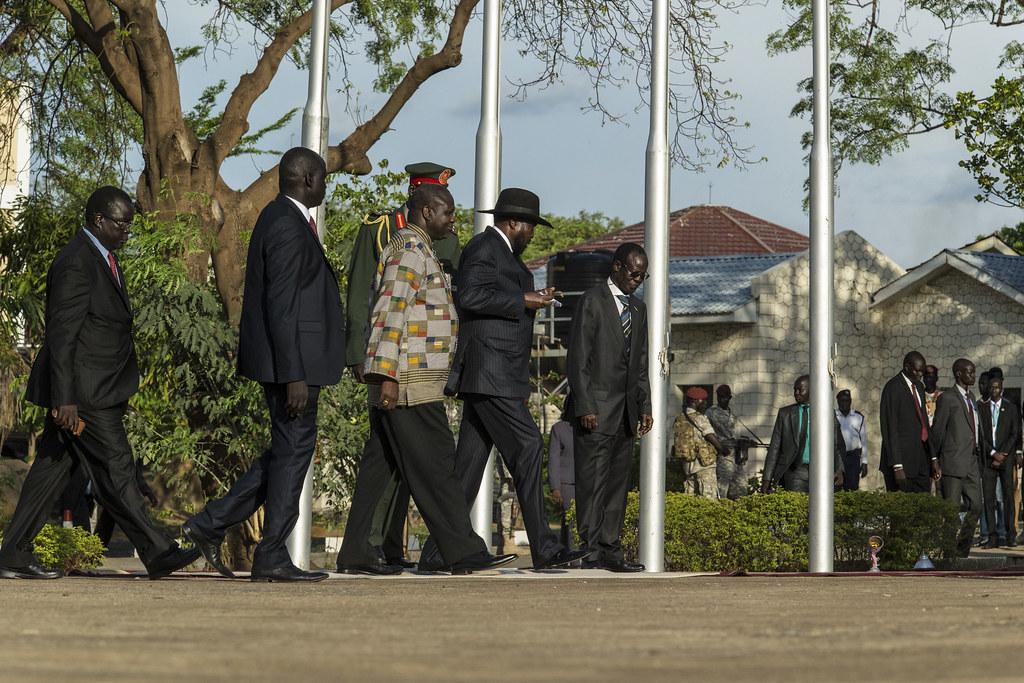 Despite struggling with its own peace process, South Sudan may be the one country that all warring parties could accept as an honest mediator. Credit: UNMISS.

As the conflict between Ethiopia’s federal government and the Tigray Peoples Liberation Front (TPLF) continues to escalate, calls for mediation have come from around the world. The question of who could mediate, however, has yet to be answered. The conflict requires an intermediary that is perceived to be honest and credible by both sides, but this rules out far more international actors than it rules in.

Almost all governments in the neighbouring region, for instance, are regarded suspiciously by at least one of the warring parties. Egypt sees Ethiopia as a rival and is locked in a dispute with the federal government over the Nile waters. Sudan has been pushed to the side with Egypt and has not yet rebuilt trust after years of confrontation with Ethiopia under the ousted Omar al-Bashir. Somalia’s relationship with Ethiopia is laden with animosity after years of cross-border clashes and Ethiopian intervention in Somalia. Kenya is regarded as an economic rival and its government has few personal relationships with counterparts in Ethiopia. And Uganda is often seen to be challenging for the role of regional powerbroker, much to the irritation of current and former Ethiopian leaders.

The centrality of Ethiopia and these other countries in the African Union (AU) and the regional Intergovernmental Authority on Development (IGAD) similarly undermines these bodies’ ability to mediate.

Looking further afield, several Arab states such as Saudi Arabia and the UAE have been highly active in the region recently. They are seen to be close allies with Egypt, however, and are regarded warily by the likes of Eritrea, which has deeper links with Iran.

Global powers such as the US and China are considered by either the federal government or TPLF to be biased against them. Meanwhile, many see the UN as weak and ineffectual following its perceived failures in South Sudan and on other regional peace efforts. Moreover, having long framed Eritrea as a pariah state, the UN has little leverage when it comes to President Isaias Afewerki and his supporters.

In all this, there is one potential mediator that stands out. Despite being mired in its own civil conflict and peace process, South Sudan may hold the key.

Firstly, South Sudan is not perceived as a threat or rival by any of the warring parties. Secondly, South Sudanese leaders have plenty of experience and understanding of the kinds of ethnic dynamics that underlie the conflict in Ethiopia. Thirdly, South Sudan has become well-seasoned in peace talks and processes. Having been involved in active deliberations since at least the 1980s, many leaders have a deep knowledge of negotiation and mediation. Moreover, this learning came through an appropriately local prism that may be far more relevant to Ethiopia’s challenges than the experience of other potential international mediators.

Fourthly, and perhaps most significantly when combined with the above, South Sudan’s leaders have deep and longstanding relations with all the key players in Ethiopia. In a region where politics is highly personalised and intimate, their individual relationships with leaders in Mek’ele, Addis Ababa, and Asmara are critical. There are many leaders in Juba who could pick up the phone to a close counterpart in one of the warring parties.

The links with Addis Ababa are multi-faceted. Several South Sudanese leaders have familial ties to their counterparts in the Ethiopian government. Some key figures in South Sudan are married into prominent Ethiopian families, such as President Salva Kiir’s daughter. Many hotels and other businesses in South Sudan are funded and run by Ethiopian or Eritrean enterprises, some with strong state ties. And Ethiopia has long been a key partner for Juba, with many South Sudanese leaders receiving training and spending significant time in Addis Ababa and at Ethiopian institutions.

Many of these relationships stretch back to when the TPLF was the senior party in the Ethiopian government. Leaders in Tigray, for instance, have significant experience of working with authorities in Juba from when they helped advise security sector reforms in South Sudan. As such, personal and institutional links exist with leaders in the TPLF too.

And finally, South Sudan has sustained a relationship with the Eritrean government, from whom many of its military leaders have received training and other assistance. There is also major Eritrean investment in South Sudan, with all the personal connections that come with it.

South Sudan, however, lacks one important element needed to mediate the conflict in Ethiopia: money. Being cash-strapped with a largely depleted economy, the country is in desperate need of invigoration.

To facilitate a quick and credible process, South Sudan would need funding, perhaps from concerned neutral middle powers such as Canada, Germany, or India. Juba would not only need this external financial support to fund its peace efforts, but it might have the added bonus of boosting the South Sudanese economy, if only in the hotels and travel businesses that would benefit from a Juba-centred process.

As the world watches the rapidly escalating conflagration, fearing wider regional conflagration, South Sudanese leaders – in both the Sudanese People’s Liberation Movement (SPLM) and SPLM-in-Opposition –  may be among the few with the credibility and relationships needed to at least begin a process of talks and divert from the current path of intensifying regional war.