The extraordinary success of mass mobilisations on the continent stands in striking contrast to their declining effectiveness in the West and beyond. 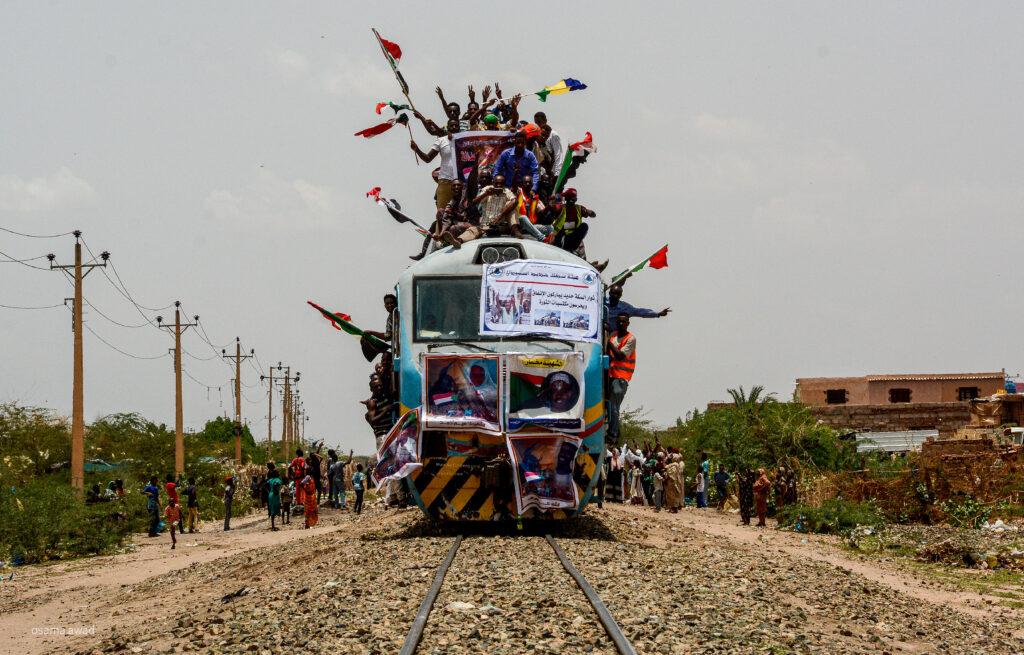 When protests broke out in Sudan in December 2018, international media were quick to frame them as spontaneous riots that would likely fizzle out. When they ultimately led to the overthrow of long-time dictator Omar al-Bashir in April 2019, however, it became clear the protests were part of an organised social movement rooted in Sudan’s grassroots opposition.

The Sudanese movement was not alone on the continent. Days earlier, protesters in Algeria forced the resignation of President Abdelaziz Bouteflika, capping a busy decade in which mass mobilisation contributed to transitions of power in Niger, Tunisia, Egypt, Libya, Senegal, Burkina Faso, The Gambia, Ethiopia, and the Democratic Republic of the Congo (DRC).

According to the Armed Conflict Location & Event Data Project, the frequency of mass demonstrations in Africa has increased more than seven-fold in the past decade. Moreover, recent research suggests non-violent protests on the continent have been considerably more successful in achieving their aims than demonstrations in any other region of the world.

Of course, the rise of the street is not an entirely good news story. Protest movements are partly prompted by dissatisfaction with lacklustre governance and they don’t always lead to greater democratisation. Yet the extraordinary growth and success rate of mass mobilisation in Africa stands in striking contrast with the declining effectiveness of movements in the West and beyond.

What explains the relative success of protests in Africa? What can other movements around the world learn from them? We highlight three key lessons:

A key tenet of social movement theory holds that successful protest campaigns must pull in broad cross-sections of the population and cultivate support across, class, ethnic, regional, and religious divides. Yet many protests in the West are narrowing their bases of support, messaging in ways that talk past opposing sides, and painting opponents as dangerous “enemies”. Especially in a context in which many societies are becoming more politically polarised, the result is movements based on exclusion rather than inclusion.

Rather than striving for ideological purity or creating “us-them” dichotomies, democracy movements in Africa have by and large built coalitions across diverse groups. The Sudanese Professionals Association brought together members of the health care, education, and legal sectors under a broad non-ideological banner. In Zimbabwe, pastor Evan Mawarire mobilised professionals, young people, the working poor, and – critically – the veterans that fought alongside Robert Mugabe during the independence struggle in the 1970s. In Nigeria, a country with deep regional and religious fault lines, the #EndSARS movement to stop police brutality carefully crafted its messaging to appeal to both southern Christians and northern Muslims.

In appealing across divides, these movements have been able to win concessions from elites, spur defections from the security services, and garner international support.

While large but fleeting demonstrations may be sufficient to topple autocrats, sustaining democracy over the long term requires rooting protests in enduring civil society. Protests born out of social media may be easier to launch and grow, but without linkages to traditional civil society organisations such as churches, labour unions, student groups or NGOs, protesters are rarely able to retain the upper hand against governments and their coercive toolkits.

In Africa, many of the most successful movements have used social media tactically to encourage mass participation but have also been built on a bedrock of traditional civil society with decades of prior experience. The #EndSARS protests in Nigeria are the latest manifestation of a movement that began in 2010 and have been spurred on by a coalition of organisations that are raising money, coordinating lines of communication, and offering legal aid to protesters. In South Africa, the ultimately successful #ZumaMustFall protests in 2017 were organised in part through labour unions, opposition parties, faith-based organisations, and other civil society groups.

In other cases, nascent organisations have learnt on the go. Burkina Faso’s Balai Citoyen, for example, was barely a year old in 2014 when its leaders were forced into the spotlight as spokespeople for protests against then-President Blaise Compaoré’s bid for a third term. Following Compaoré’s ouster, the group kept the street’s pressure on the government by coordinating with more deeply-rooted civic groups and networking with activist organisations elsewhere in the region.

Work within and outside formal politics

In his book Unarmed Insurrections, sociologist Kurt Shock finds that successful protest movements tend to challenge the state by taking actions through both institutional and non-institutional channels. Movements that work entirely through legal institutional mechanisms, such as elections, are easy to ignore. Movements that focus on mobilising the street – such as the Occupy movement or Yellow Vest protests – have difficulty sustaining that pressure over the long term and winning over political elites.

In Africa, many reformers have deliberately cultivated links with political parties, career bureaucrats, economic elites and security services. This has allowed them to institutionalise their success. In Senegal, Y’en a Marre has been careful to remain apolitical, but also uses hip-hop to engage Senegalese youth and organises meetings between local leaders and citizens to hold those leaders to account. In Sudan, members of the Forces of Freedom and Change alliance appealed to the Sudanese military’s duty to protect civilians to persuade some rank-and-file to defect and have remained engaged in the transitional government since al-Bashir’s ouster. In Malawi, civil society groups harnessed public discontent over the disputed May 2019 election into a coordinated campaign that put pressure on the Constitutional Court to overturn the election results, which ultimately ushered in an opposition victory.

By working through – not against – political, security, and electoral structures, these movements have carved out a pathway toward potentially lasting institutional change.

From the Yellow Vest protests in France to the Women’s March in the US to the anti-Brexit demonstrations in the UK, the global “street” is becoming increasingly restless. However, without inclusive mass organisations to channel discontent and press for political change, these campaigns are likely to be fleeting. The stunning success of protest movements in Africa – success built on their commitment to inclusion, deep roots in civil society, and strategy of working through institutional mechanisms – offer a potential playbook for others to follow.

Alison Faupel works for the US Department of State as an analyst on social movements, political stability, and democratisation. Andrew Wojtanik is a PhD student in political science at the University of California-Berkeley and a former analyst in the US government working on African issues. The views expressed are their own and do not necessarily represent the views of the US Government.