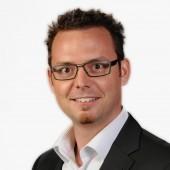 Hope and optimism accompanied the installation of the new Federal Government of Somalia (FGS) in September 2012, but today, the administration appears to be drifting towards failure once again. Al-Shabaab remains far from defeated, social fragmentation within Somalia is on the rise, and while corruption continues unabated, political infighting paralyzes the country. Despite initial progress, considerable international support, and the endorsement of a “New Deal Compact” for Somalia at an EU-Somalia conference held in Brussels in September 2013, the joint efforts of the government and its international partners have been unable to translate burgeoning progress into a more sustainable trajectory away from perpetual conflict and fragility.

Although its record is hardly spotless, the self-declared Republic of Somaliland – which declared its independence from Somalia in May 1991, but has not yet gained recognition as a sovereign state by the international community – has fared noticeably better in establishing basic levels of peace and stability. While it is inadvisable to simply transpose alleged lessons learned from Somaliland to Somalia, the former’s experience provides useful insights for the latter’s state-building endeavour. Somali policymakers and their international partners might benefit from taking a closer look at Somaliland’s trajectory, which followed a somewhat unconventional path.

“˜Thinking Beyond Roadmaps in Somalia – Expanding Policy Options for State-Building‘ juxtaposes Somaliland’s state-building project with the one envisioned for Somalia. Depicting that there are a broad range of possible state-building avenues to follow, the by the Center for Strategic and International Studies (CSIS) published report argues that the road-maps devised for Somalia thus far have been both too prescriptive and constrictive. At its most basic, the report aims at opening up much needed policy space for Somali state-builders and their international counterparts.

After analysing the TFG’s performance since its inception in 2012, the report investigates the case of Somaliland and synthesizes the insights that can be gleaned from it. It talks to the generally perceived need to adopt a permanent constitution and hold popular elections, two priorities in Somalia’s state-building framework that have come to dominate the scene. Yet, Somaliland’s development shows that neither a permanent constitution nor democratic elections are decisive preconditions for initiating state-building. In fact, it took Somaliland a decade after having established a government to author and adopt a constitution, which, by the way, lacked any prior popular consultation. And it took the polity even longer to hold first elections, witnessing a strong executive with significant traits of authoritarian governance in the interim. Meanwhile, elections to the Upper House of Parliament still need to be conducted.

Another observation that can be made in the context of Somaliland’s trajectory is that peace-building and state-building do not follow a linear succession, nor do they necessarily go in tandem. While aspects of peace-building and reconciliation at the “˜grassroots’ have frequently been highlighted as key components of Somaliland’s state-building project, its state-building progress during the 1990s was at least as much marked by violent conflict. Although the latter frequently upset the newly won peace, it also allowed for the institutionalization of particular “˜rules of the game’. Against the backdrop that dominant development paradigms in general and the “New Deal Compact” in particular assume that peace-building and state-building are mutually reinforcing processes, it might be important to realise that this might not always be the case.

The report provides numerous other insights to illustrate the fact that Somaliland’s trajectory diverged significantly from the one envisioned for Somalia. Certainly, these observations are not to propagate a violent, corrupt, and authoritarian approach to state-building in Somalia, but they carry a powerful implication: namely, that there is more than one path that leads to Rome. In light of such a broad range of state-building experiences, the report encourages bolder policies. Rather than being too dogmatic and uninspired, the FGS and its international backers should adopt greater affinity towards innovation, experimentation, and risk-taking. As there is no “˜playing safe’ when it comes to state-building, the Somaliland case advocates for going beyond the conventional tool-kit.

What does this mean in tangible terms, and how can the insights that emerge from Somaliland be translated into concrete policies to advance Somalia’s state-building endeavour? Among others, the report advances the following recommendations:

First, fighting Al-Shabaab should no longer take centre stage in Somalia’s state-building effort – at least not in its current military form. Besides several other drawbacks, this locks both Somali state-builders and the international community at large into a mind-set in which countering violent extremism is confused with state-building. Yet, they are fundamentally different. Moreover, Al-Shabaab is a symptom rather than cause of fragility and needs to be addressed in socio-economic and political terms as well. And while the extremist movement may well be the most immediate and obvious challenge to stability in Somalia, it is by no means the most important one.

One much greater challenge for Somalia’s immediate progress, the report argues, lies in the continued fragmentation of its society. Somalia not only faces ineffective institutions and a fragile state, but also a very fragile society. As simply building institutions and enhancing their capacity is insufficient for state-building, Somalia and its international partners must do more to augment social cohesion and build national unity. Classical state-building approaches need to be amended by components of nation-building in order to be effective. This would not only boost Somalia’s reconstruction effort, but would also deprive Al-Shabaab of much of its nurturing grounds.

Third, and related, there needs to be a significant effort to establish genuine political parties that run across clan lines. Political jockeying ahead of the 2016 elections has already begun in Mogadishu and Minnesota. But as long as there is a dearth of political parties with distinct, coherent and reliable party programs, rooted in the needs of certain constituencies, political mobilization is prone to run along age-old kinship parameters. In turn, this is likely to spur social fragmentation, enhancing the risk of violent conflict. Building genuine political parties with tangible political programs and a diverse followership in terms of clan affiliation is key not only for holding elections in less than two years and realizing Vision 2016, but also to advance and deepen national dialogue on federalism and other salient issues.

Fourth, and finally, the report postulates that the international community should place greater emphasis on enhancing agricultural productivity and manufacturing. As long as there is no productive economy, it will be difficult to establish genuine political parties and other interest groups, overcome social fragmentation, enhance national unification, and counter Al-Shabaab. Rather than focusing on top-heavy, legalistic and procedural issues to state-building as is currently the case, the FGS and its international partners should consider stepping up their efforts of creating and improving livelihoods, which is foundational for an educated and politically engaged citizenry.

State building is a conflict-prone, high-risk, protracted, and haphazard process, in which not all good things necessarily go together. As past approaches to reconstruct a Somali state have had a mixed record at best, we need to think beyond roadmaps and expand policy options for state-building in Somalia.

Dr. Dominik Balthasar is a researcher, policy analyst, and international development consultant. Holding a position with the Transatlantic Post-Doctoral Fellowship for International Relations and Security, he has worked with Chatham House, the U.S. Institute of Peace, and the European Union Institute for Security Studies. Balthasar’s work focuses on issues pertaining to peace, conflict, and state fragility, as well as international efforts toward state reconstruction and development, particularly in Somalia. He can be reached under dominik (at) balthasar-online.de.