The potential risks and rewards of the South African Airways and Kenya Airways’ joint vision. 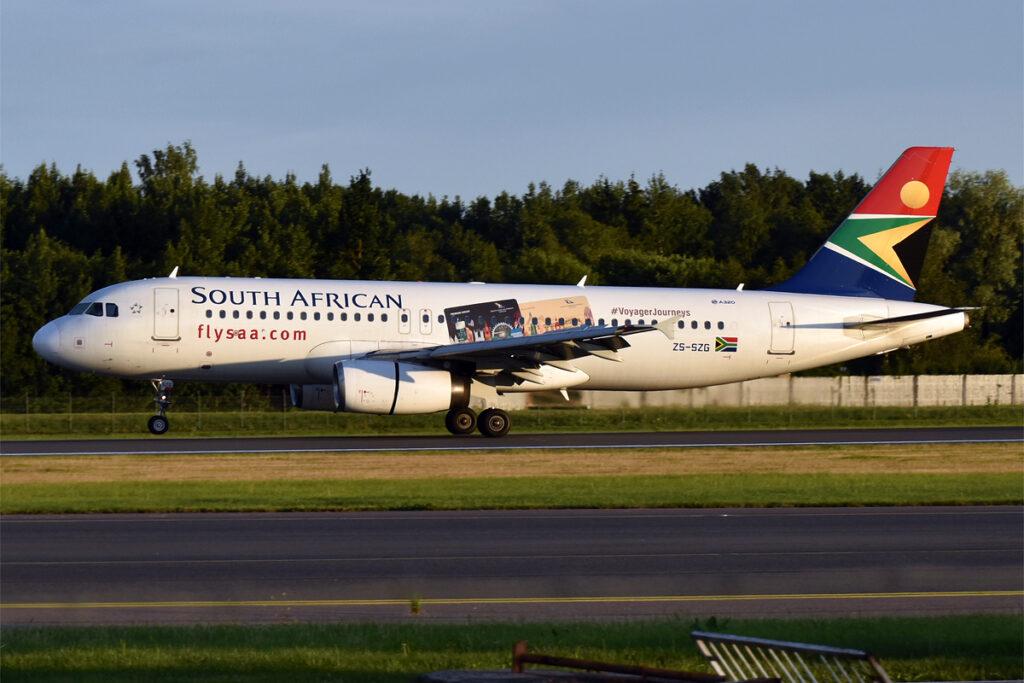 Those operating on the continent face particular challenges. The industry has to contend with huge disparities in economic and air transport development. There is also an uneven distribution of international air passenger traffic across regions and within countries; traffic is predominantly centred in a few hubs in North, East and South Africa, and in the large and medium-size cities. Other challenges include high costs of operation, market protectionism as well as safety and security concerns.

In 2020, only Ethiopian Airlines made a profit on the continent. And, with financial woes compounded by COVID-19, it is likely many more airlines will go under.

Two of the continent’s biggest carriers – South African Airways and Kenya Airways – are under financial stress. Both have made significant losses over the past few years and lost market share and destinations to competition. South African Airways has come close to being wound up. Kenyan Airways reported losses of $333 million for the 2020 financial year.

In November, the two national airlines signed a Strategic Partnership Framework, formalising their plan to set up a pan-African airline in 2023. In my view, the partnership will only succeed if certain conditions are met. The two most important ones are that, firstly, there must be strong national and political agreement and will. And, secondly, the tie-up must be driven by the private sector.

The case for a partnership

A range of academic studies show that alliances affect the production costs of participating airlines through economies of scale (by means of joint operations of air and ground services), increased traffic density (through network expansion and additional traffic feed), and scope (through increased reach and efficient connections).

Joint ventures have been, and will continue to be, the key to the future development of the airline business. Air France and KLM are good examples of why airlines are better off working together. Both have experienced significant growth since getting together in 2004.

In the case of South African Airways and Kenya Airways, alongside these benefits, a partnership would be good for a number of reasons specific to Africa.

Firstly, it would help them overcome some of the existing market challenges, such as market access restrictions, increased competition from major non-African airlines such as Turkish Airlines, Emirates Airlines, and European carriers.

Secondly, the alliance could take advantage of a return to pre-COVID travel levels. The International Air Transport Association anticipates a full return to 2019 air traffic levels in late 2023. And it’s estimated that air transport will grow on average by 3.2% over the next decades in Africa and by 4.8% if African States implement the Single African Air Transport Market.

Thirdly, it would enable them to create and encourage a market services specialisation among airline operators. Airlines may specialise in feeder services and fly destinations with smaller demand and catchment areas. An example of this type of specialisation includes the interlining agreement between Ethiopian Airways and Airlink.

In my view, the cooperation deal would also improve the financial viability of the two national airlines. They could pool maintenance services and reduce costs by pooling purchases, sales, and financial transactions. It would boost customer volumes if cost savings were passed on to customers by means of lower fares.

Introducing services in the South African market would be a great addition for Kenya Airways and vice versa. With their hub-based model, (a hub is a central airport that flights are routed through), cooperation will help to boost the route networks of both airlines across Africa.

Many alliances don’t achieve the desired outcome. Examples include KLM – Alitalia, and the European Quality Alliance which brought together Air France, SAS, and Swissair. Studies show that ineffective governance, insufficient quality of alliance members, and internal competition in the alliances are the most common reasons.

Other studies show that more than 50% of strategic alliances fail due to cultural differences, mistrust, or poor operational integration.

In the case of Africa, the two airlines have to contend with the fact that there isn’t a single African air transport market. Most of the continent’s 54 countries have their own national arrangements or have under-performing state-owned airlines, resulting in protectionist policies.

There is hope that this will change. The Single African Air Transport Market, which by November last year had been signed by 35 countries, envisages a share aviation space. This would enable eligible airlines from one African state to fly into another using only a prior notification procedure.

But there’s a great deal of work that still needs to be done for this to become a reality. A number of other factors could stymie the proposed alliance.

A big one is the governance structure, which is the oversight required to make and implement decisions essential to the success of an alliance. Elements of governance include legal form, communication structures, cultural differences, trust, and commitment. Yet another factor will be the extent to which the two governments allow efficient decision-making to happen. Airline managers should be left to select a course of action – and then to get on with it. This could be difficult given that the state owns substantial stakes in South African Airways; the same case with Kenya Airways where the Kenyan government’s shareholding is 48.9%.

Other factors include trust, transparency, and communication about what both airlines do together and what they don’t do together. Establishing trust and ensuring that both airlines understand each other’s goals and objectives and that they are the same is key.

A strategic alliance is similar to a marriage. In most cases, there is no perfect match. To be successful partnerships must be nurtured and well managed. Mapping out all the stakeholders that are relevant to the story and are going to help the partners achieve the key performance indicators set out in the alliance is paramount.

In my opinion, setting clear performance measures is important, as they will set the partners on a path that is measurable.

The genocide that never was and the ...

Eric is a Senior Lecturer in Air Transport, Department of Logistics, Marketing, Hospitality and Analytics at the University of Huddersfield.