Liberia’s free education policies seem to have alleviated one big problem but exacerbated another. 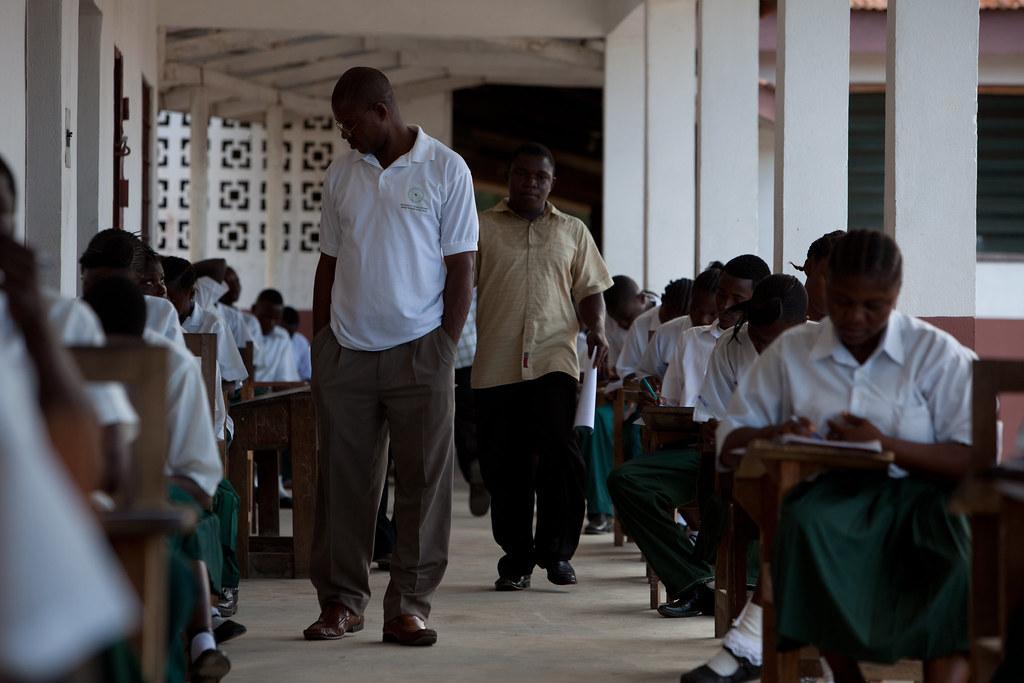 For much of Charles’ time as a school student, his days have followed a familiar routine: Classes in the morning; selling biscuits in the market afternoon and evening. As the third of four children to a single mother in Bong County in Liberia, Charles, 19, has had to earn to support his education.

“Even though I am a high school student, I have to work so that I can pay for the things that come with this going to school,” he says.

However, that looks set to change soon. In November 2021, the government announced a new scholarship programme for high school students in three of Liberia’s fifteen counties. Bong is one of them, along with Margibi and Nimba counties. This initiative will exempt public school students in these areas from paying annual school tuition fee of about US$50.

“The scholarship will help me and my family,” says Charles. “My mother would not have to worry about my school fees anymore. The government has really done well for us.”

This kind of free education policy isn’t new in Liberia. In 2018, the newly-elected President George Weah declared that education in public universities would be free for undergraduates. University students at the time had been protesting a recent rise in tuition fees – from an average of about $40 to $65 per semester – claiming it was unaffordable in a country where the average income is just $570 per year. Under the new policy, students would only need to pay about $15 in registration fees per semester.

“The free education policy helped to alleviate the financial burden on students,” says Lucy, 23, a Mass Communications student at the University of Liberia. “Now everyone can come, education is more accessible.”

For many years, Liberia’s educational system has faced challenges over accessibility. According to UNICEF, just over a third of pre-schoolers in Liberia have access to early childhood learning programmes, only 54% of children complete primary education, and about 15-20% of primary school-age children are not enrolled in education at all. Most of those who are in school are overage.

These challenges have been caused by several factors. 14 years of civil war that ended in 2003, for instance, left Liberia’s infrastructure in tatters. The 2013-2016 Ebola outbreak caused huge disruptions. Meanwhile, issues of geography, poor communication, and the costs associated with sending children to school have contributed to low enrolment rates.

The government’s Pro-Poor Agenda for Prosperity and Development aims to address these issues in order to “reduce out of school rates and increase retention and completion rates, while raising minimum education infrastructure standards”. It hopes its free tuition experiment will increase enrolment and retention rates among communities such as Charles’.

However, its earlier experience of abolishing state university fees for undergraduates provides a cautionary tale. In the higher education sector, Liberia’s removal of fees may have removed a barrier to young people pursuing further studies, but critics say the same policy exacerbated another key challenge: the lack of funding and resultant poor quality of university education.

The University of Liberia has estimated that the free tuition policy costs it $2.9 million annually. This income previously went towards the daily running of the institution.

Both staff and students have recently expressed deep frustration at the lack of funding in their educational institutions. During Covid lockdowns, university students protested against inadequate infrastructure to support online learning. Meanwhile, lecturers at the University of Liberia, the country’s largest public university, went on strike in both October and December 2021 over unpaid wages, infrastructural problems, and poor working conditions.

“The current state is deplorable,” says Lucy. “We have to ration electricity sometimes, facilities and equipment like chairs, boards, tables, and toilets are in a bad state, and our instructors are always going on strike on salary issues.”

The Liberian Ministry of Education ignored multiple requests for comment.

“Money should be redirected to education”

This experience raises concerns about the new free tuition policy in high schools. These institutions are also suffering from poor infrastructure and a lack of staff. Teachers from public high schools in the capital Monrovia went on strike over issues around pay and benefits in November 2021 too.

Cutting income generated from school fees could exacerbate these problems. However, some argue that this is not inevitable. Liberia increased the budgetary allocation that goes to education from 15.9% in 2019/2020, up from 14.7% in the previous year. Yet that still falls short of the government’s 20% commitment.

“The fact that Liberia has not budgeted up to 20% to education despite global commitments is an issue of political will,” says Anderson D. Miamen, National Coordinator of the Coalition for Transparency and Accountability in Education (COTAE), an alliance of NGOs working in Liberia’s educational sector.

“Government has to play its role and prioritise. Money can be taken from bloated salaries for lawmakers and other places in the budget. The money should be redirected to education.”

In January 2021, Representative Thomas Fallah proposed another way that free tuition could be funded. He put forward a bill that would establish a special fund for free secondary and higher education, raised through taxes on tobacco and alcohol. The bill did not pass.

In the face of this uncertain situation, students like Charles and Lucy remain divided over whether free tuition is indeed a solution to Liberia’s educational shortcomings.

“Of course I support the policy,” says the high schooler. “I am grateful the government is helping us carry the financial load.”

However, undergraduate Lucy is less convinced. “If they could fund it, I would support it, but they cannot fund it so I don’t support it,” she concludes.

Dounard Bondo is a writer based in Liberia.