Russia recently sent an additional 300 military advisors to support President Touadéra as part of a deepening relationship. What’s in it for each side? 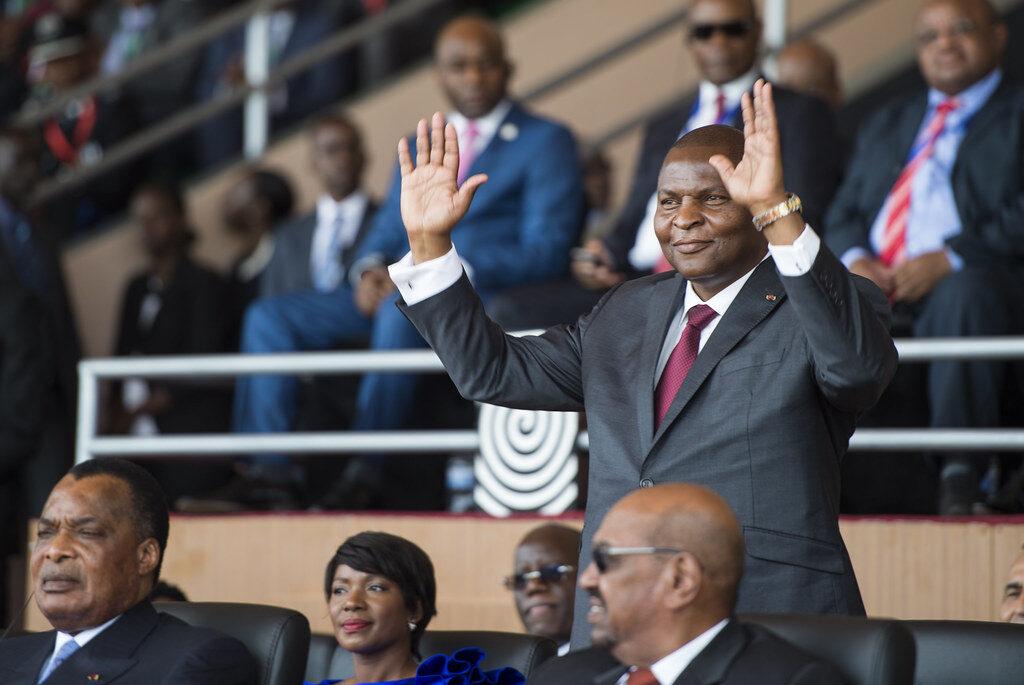 It was hoped that elections in the Central African Republic (CAR) would consolidate the country’s democracy. Instead, the 27 December 2020 vote led to a return of open conflict. Since the poll, in which President Faustin-Archange Touadéra officially secured a second term with 53%, fighting has forced over 107,000 people to flee to neighbouring countries and led to an estimated 100,000 internally displaced people.

President Touadéra has attempted to initiate peace efforts and called for national unity. But weeks on, the Central African Armed Forces (FACA) continue to combat rebel factions mobilised by former president François Bozizé, who was barred from running in the election.

Among other things, this latest bout of fighting has shed light on the shortcomings of FACA despite extensive foreign support. In recent years, the CAR has received security assistance from the UN peacekeeping mission MINUSCA as well as via bilateral deals with France, China, the European Union and, most recently, Russia.

The latter has received particular attention for its intervention and deployment of 300 additional military advisors to support Touadéra around the elections. What explains this curious new relationship and strong support? What’s in it for Russia and what’s in it for CAR?

The start of the Russia-CAR relationship

The two countries’ relationship largely began in October 2017 when the CAR’s leadership met with Russia’s Foreign Minister Sergei Lavrov. The CAR has been under a UN arms embargo since 2013 and President Touadéra, who took office in March 2016, was looking for new ways to secure access to weapons. He maintained that the need for advance approval to import arms was undermining the country’s ability to restore security.

The meeting with Lavrov went well. The CAR and Russia officially resolved to cooperate in the spheres of politics, trade, economics, culture and minerals. Moreover, the discussion paved the way for the eventual signing of a military cooperation agreement. In December 2017, Russia successfully sought an exemption from the UN Sanctions Committee to provide weapons to the CAR. Since then, Russia has delivered several shipments of military equipment and weapons.  According to official figures, Russian instructors have trained 4,200 FACA soldiers, 300 gendarmes and 300 police officers.

From the start, however, the deployment of weapons and military personnel was marked by controversy. Questions were raised as to whether Russia was utilising the notorious Russian paramilitary organisation known as the Wagner Group for its ventures. Moreover, conspiracy theories around the nature of the bilateral relationship escalated when news emerged that former Russian intelligence officer Valery Zakhorov had been appointed as Touadéra’s national security advisor and that Russian agents were serving as the presidential guard.

What’s at the heart of the partnership?

The CAR and Russia each receive different benefits from their new relationship.

For President Touadéra’s administration, Russian support primarily helps it assert and maintain power domestically. It allows it to continue outsourcing its security apparatus and protect against another coup d’état.

It also has the added advantage of raising concerns among the other Western backers. According to sources in the UN, several of the CAR’s more established partners have responded to Russia’s interest by increasing their own support. They have provided more development aid and advisors to Bangui in a bid to counter Russian influence.

For Russia, the CAR primarily provides it with an opportunity to present itself as an important international actor in Africa. It did this successfully in 2019, for instance, when it managed to integrate itself into peace talks led by the Economic Community of Central African States (ECCAS) and African Union (AU). Its strategy involved joining Sudan to establish a separate peace process, with Moscow playing a key role in negotiating with each rebel faction to travel to Khartoum. When the Russian-Sudan process was seen to be making progress, it was streamlined into the ongoing but somewhat stalled continental efforts. According to a source privy to the negotiations, the Russian-Sudanese process was integrated into the ongoing ECCAS-AU efforts because “the international community found that it was not at the table and either way the Khartoum process was moving forward”.

Russia’s activities in the CAR should not, however, be overstated. Its actions do not yet indicate a significant pivot to Africa or the first step in a wider continental plan. For Russia, the CAR may simply provide a relatively low-cost opportunity to reposition itself globally by gaining influence in a country whose politics centres on concessionary politics and opportunistic power grabs.

In some regards, Russia’s role in the CAR differs from that of other international actors. In others, however, it is remarkably similar. This December, for instance, several international officials saw the upcoming elections as a formality rather than a genuine democratic exercise. According to one EU official, speaking anonymously, “this president will have been in power for five years, and no one wants another disruption now”. They suggested that the purpose of the election was simply to allow people to “practice” democratic participation. Russia’s perspective was likely similar and aimed at minimising disruption to the status quo.

Over the course of its upheavals, the CAR has become a laboratory for peacebuilding initiatives. It has hosted a succession of UN, regional peacekeeping efforts, and special political missions for two decades. It is perhaps too early to say how the recent insertion of Russia could change or further solidify existing patterns. Either way, for longer-term partners, this new development ought to raise questions as to why their own interventions have failed time and again, and why Central African leaders are looking to alternative allies.

Tigranna Zakaryan is an independent researcher focusing on the areas of forced migration, sustainable development, and international diplomacy.