The state, media and religious leadership across different faiths have unleashed a wave of homophobia against its queer community. 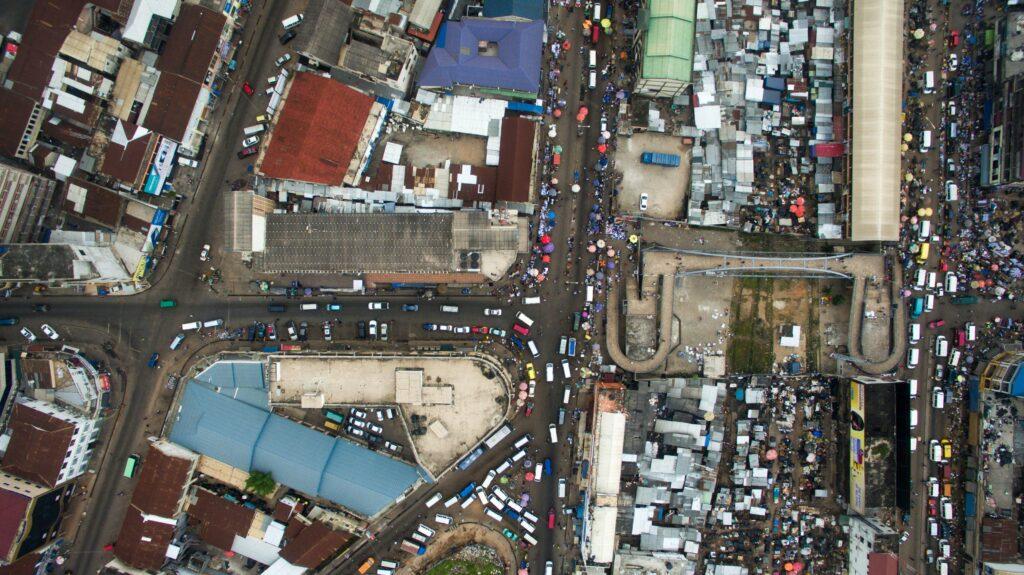 Last Sunday, an interdenominational group of Christian leaders – apostles, pastors, reverends, bishops – came together for a one-day national prayer rally in Accra. The focus and title of their prayers?

“Homosexuality: A detestable sin to God”.

The rally was supported by a wide range of media organisations in Ghana and had representatives from the Islamic faith, traditional religions, civil society and parliament, in attendance. Prayer was not the only reason this influential group gathered. They also discussed possible legislation criminalising the country’s LGBTQI+ community and the “rehabilitation, guidance and counselling” of their “lost souls”.

This wave of homophobia began on 31 January when the advocacy organisation LGBT+ Rights Ghana opened an office and community space in Accra. It was the first of its kind, but this milestone did not last long once news of its existence reached local mainstream media.

The first broadside came from civil society. On 11 February, Moses Foh-Amoaning, executive secretary of the National Coalition for Proper Human Sexual Rights and Family Values, began a campaign urging the government to shut down the centre and arrest its leaders. His organisation – made up of representatives from Christian, Muslim and traditional religious groups – has been at the forefront of an anti-queer campaign since its establishment in December 2013.

Government officials soon picked up on this anti-queer discourse. In an unusual turn, ministers being vetted by parliament were asked about their stance on queer rights. During Adwoa Sarfo’s hearing, the minister-designate for gender, children, and social protection insisted that homosexuality is not permitted under Ghanaian law. She cited Section 104 of the Criminal Code which outlaws “unnatural carnal knowledge”, punishable with up to 25 years imprisonment, even though it does not specifically mention same-sex relations. In Shirley Ayorko Botchway’s vetting, the minister-designate for foreign affairs claimed that homosexuality is un-African and that the notion of queer rights is a Western imposition. She cited recent statements by US President Joe Biden threatening sanctions against countries who criminalise homosexuality and pointed out the attendance of foreign dignitaries at the LGBT+ Rights Ghana centre’s opening ceremony.

The Ghanaian media meanwhile gave platforms to the likes of Foh-Amoaning and MPs to express their homophobic opinions. Media panels were assembled to debate the humanity of queer people, often pitting queer rights activists against well-known homophobes. In the few instances where queer Ghanaians were interviewed, journalists questioned whether the violence they faced was not self-inflicted due to their insistence on equal rights. Newspaper headlines referred to the LGBT+ Rights Ghana offices in sexually explicit terms that relied on hypersexualised stereotypes of queer people.

On 24 February, these events combined culminated in the forceful closure of the LGBT+ Rights Ghana offices by police. Its staff went into hiding. No explanation or justification was given. Since the closure, a number of activists say that physical and verbal attacks against queer Ghanaians, or even those just suspected to be, have increased particularly in remote parts of the country. Although LGBT+ Rights Ghana is not the only organisation working on queer issues in Ghana, it is by far the most visible and the only one to receive explicit support from foreign dignitaries, thus making it an easy target.

It wasn’t over yet though. On 27 February, President Nana Akufo-Addo declared that he will never allow the legalisation of gay marriage, even though this was not an issue anyone had been advocating for. On 5 March, eight MPs introduced a new iteration of a previously proposed bill calling for the explicit criminalisation of queer people and for mandatory conversion therapy for those convicted.

Many people expressing anti-gay views claim that homosexuality is a Western import. However, the reality is that, as in many former colonies, Ghana’s anti-gay laws are a relic of European rule. Moreover, Western organisations have been key to supporting those spreading homophobic attitudes. The Committee on Christian Marriage and Family Life (CCMFL), which supported heterosexual family structures, was set up by the Christian Council of Ghana (CCG) in 1966 and funded by the British organisation Christian Aid. More recently, the likes of the National Coalition for Proper Human Sexual Rights and Family Values echoes rhetoric used by American evangelicals and has been publicly supported by the likes of the US-based evangelical organisation World Congress of Families (WCF), which held an anti-queer African Family and Sustainable Development Summit in Accra in 2019. A few months after this summit, the Ghanaian government banned an LGBT+ advocacy conference.

It does not seem that there is hope for the reopening of the LGBT+ Rights Ghana offices anytime soon nor a progressive national conversation about queer rights, but queer Ghanaians in the country and in the diaspora have not given up hope of a more accepting society.

LGBT+ Rights Ghana has launched a fundraiser toward the goal of acquiring a permanent space for a new community centre. It has raised over $40,200 so far. Key Watch Ghana and One Love Sisters, two organisations that work on intersex and human rights advocacy respectively, launched emergency support funds for queer Ghanaians. In the absence of mental health services, a group of queer Ghanaians in the diaspora have stepped in, providing weekly virtual sessions on emotional and mental well-being for their peers in the country. A coalition of feminist and queer organisations in Ghana has been newly established to think through long-term strategies for resistance, including challenging the constitutionality of section 104 of the criminal code and mounting a civil case to challenge the closure of the LGBT+ Rights Ghana offices.

Other organisations are lobbying members of parliament to prevent the passage of new legislation that explicitly criminalises homosexuality. Due to the risk of persecution and prosecution, most activists are organising outside of the public spotlight. Members of the diaspora and queer rights organisations have called on the government to protect its queer people and pledged support to the activists fighting for their rights.

As we celebrate the 64th Independence Day of Ghana, queer Ghanaians continue to insist on their humanity and right to equal protection under the law. As Alex Donkor, director of LGBT+ Rights Ghana, stated, “the center will remain in hearts and minds”; as will the hope and determination for liberation.

Ethiopia: The wider battle of which the ...

Why the Tigray investigation should be conducted ...

Shakia Asamoah (she/her/hers) is a Ph.D student in Education Policy, Teaching, and Leadership at the University of Maryland -- College Park. In addition to her research in equity in higher education, Shakia is invested in issues of Black feminism and queer liberation struggles.