“A short illness?” Why we deserve to know what kills our leaders

The secrecy around presidents’ deaths perpetuates stigmas and misses a huge opportunity for public health promotion. 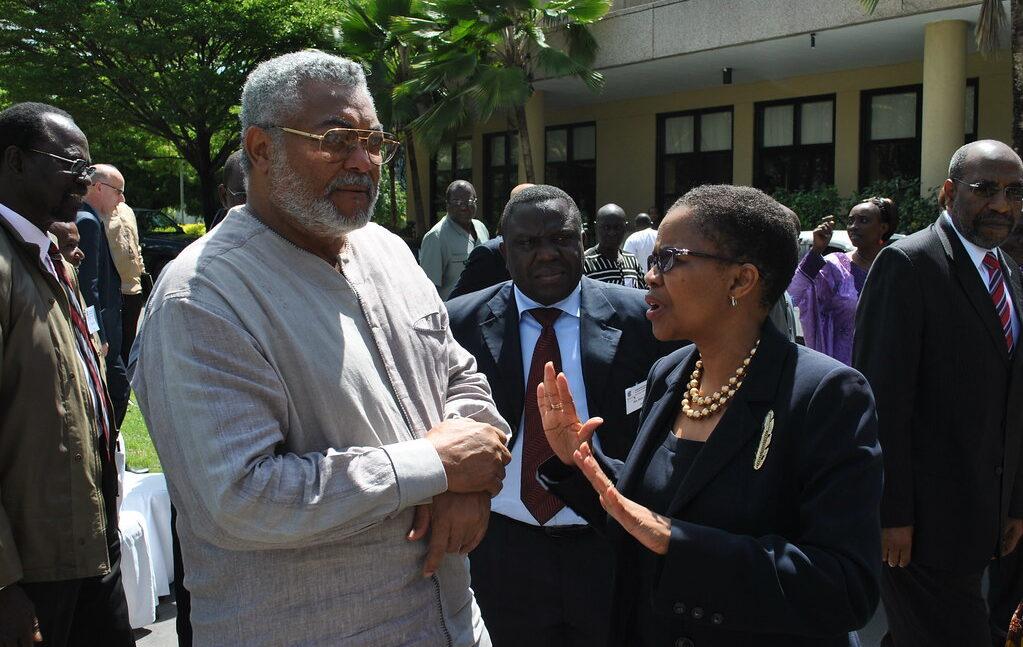 The death of former president Jerry John Rawlings on 12 November 2020 incurred a double loss for Ghana. First, the country lost its longest serving president. Second, it lost a huge opportunity for a public health promotion.

Despite massive attention on the late president’s death, the Ghanaian people had heard hardly any news of his illness or brief hospitalisation beforehand. His passing came as a shock and we still know very little of what killed him.

President Nana Akufo-Addo simply said the 73-year-old had “joined his ancestors…after a short illness”. Some media outlets – including Joy News, GhanaWeb and BBC – reported that Rawlings had contracted COVID-19. Others, such as the late president’s former spokesperson, refuted this and said he believed the cause of death was malaria.

This meant that Rawlings’ death was shrouded in the same kinds of speculation that have characterised other high-profile deaths on the continent this past year. When President Pierre Nkurunziza died suddenly in June 2020, for instance, the government in Burundi denied he had contracted COVID-19 but did not shed much more light on his supposed condition. Just a week before President John Magufuli died this March, the government in Tanzania was insisting he was “healthy and working hard”. When he passed, authorities again denied the cause of death was COVID-19 and pointed to vague heart issues.

Presidents may not be constitutionally required to report on their health, but the secretive nature of all these deaths robbed countries of timely opportunities for reflection and frank discussions of health and illness.

A useful counter example is Ronald Reagan’s battle with colon cancer in the 1985. In that instance, the US president’s diagnosis and treatment were formally disclosed in detail to the American people, generating widespread media coverage and dispassionate public discussions. Researchers later found that this episode birthed a public discourse on dietary habits and an increase in awareness around the importance of health monitoring. The year after Reagan’s public health problems, the incidence of advanced colon cancer cases declined significantly, likely due to increased early detection.

18 years of researching the lived experiences of people living with HIV/AIDS, cancer and lately, COVID-19, has shown us the high predominance of illness-related stigmatisation and discrimination in Africa. Guilt and shame is more common when conditions are infectious, terminal or are deemed to have some moral or spiritual connotations. In such circumstances, patients often report to health facilities only when their symptoms are too advanced for meaningful intervention. This leads to poorer treatment outcomes, higher care burdens and higher mortality rates, which further perpetuates fears and contributes to a general lack of knowledge about many illnesses. The resulting stigma can become so entrenched that it tarnishes the image of the deceased and their family.

This affects presidents too and is part of why leaders’ deaths are frequently attributed to nothing more than “a short illness”. Secrecy allows figures to avoid the stigma associated with disease and maintain their image as heroic and invincible. Unfortunately, it also reinforces a culture of hiding illnesses and perpetuating the stigma, guilt, disdain, and shame often associated with poor health.

At a vigil for her father, Rawlings’s daughter eulogised: “I recognised and accepted a long time ago that he wasn’t just my father, but the father of many, and we have always shared him.” Indeed, for about 20 years, J.J. Rawlings was the father of Ghanaians, overseeing policies and programmes that affected the lives of people intimately. Would it have been inappropriate then for his children to know what killed their father? As the Ga say, mo ko sane e, moko sane (“one man’s troubles concern another man”).

A country’s citizens don’t need to know about all their leader’s mild maladies, but when their conditions cause death, they ought to be named. This would not only help combat the stigma associated with illness in many places but would provide an invaluable opportunity for people to discuss and learn from the tragic event.

Correction (23/04/21): Algeria’s Abdelaziz Bouteflika was incorrectly listed as a president who has passed away. He has suffered ill health, about which little has been revealed publicly and which led him to step down, but he is still alive.

A Two-Year Presidential Extension in Somalia?