Don’t be fooled, the biodiversity crisis is a global security crisis

Environmental degradation is a key driver of insecurity. To achieve peace, we must protect the planet and finance these efforts accordingly. 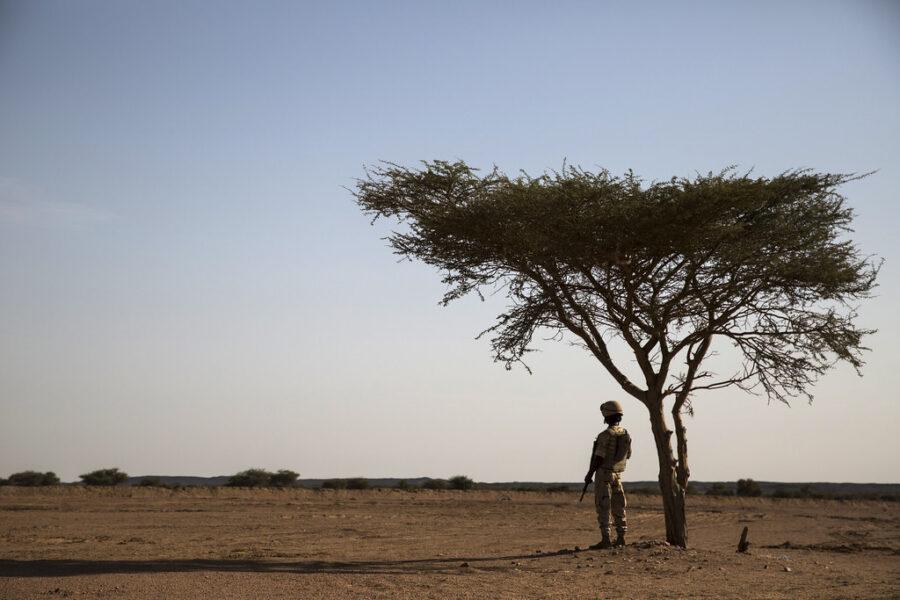 Earlier this week, nine philanthropic organisations launched the “Protecting Our Planet Challenge” and pledged $5 billion to protect and conserve 30% of the planet by 2030 (30×30). This can be achieved by supporting protected areas and indigenous stewardship of their territories. This marks the largest-ever philanthropic commitment to nature conservation.

Whilst this may not naturally lead you to consider the implications for peace and security, this type of financial commitment could play an important role in the global effort to bring peace, prosperity and sustainability to the continent of Africa.

The crisis we face

In the last month, governments and NGOs have convened for both the Convention on Biodiversity’s Open-Ended Working Group and the IUCN World Conservation Congress. Both events were vital stepping stones in the ongoing process to develop a global biodiversity framework at the UN Biodiversity Conference (COP 15) that adequately addresses the current biodiversity and climate change crisis we are facing as a global community – and a crisis it is.

The Intergovernmental Science-Policy Platform on Biodiversity and Ecosystem Services paints a grim picture: 1 million of 8 million species on earth are threatened with extinction, most within decades. In West Africa specifically, up to 85% of wildlife had been lost during the past four decades and it has been identified as a climate change hotspot with temperature increases between 1.5° C and 2° C.

The biodiversity and climate change crisis facing our global community does not, however, begin and end at species loss and increasing temperatures. The tentacles of this crisis spread far and wide and, if left untreated, it will lead to a collapse of economies and societies, making this a global security crisis and the new global biodiversity framework a weapon in our defence arsenal.

It is no coincidence that 6 of the 10 largest UN-led peacekeeping operations currently exist in areas highly exposed to the impact of climate change; Mali, Central African Republic, South Sudan, and the Democratic Republic of Congo to name a few. Environmental degradation and subsequent biodiversity loss lead directly to a collapse in food and water supplies, increased spread of diseases, reduced air quality, and a dramatic reduction in quality of life – which in turn significantly exacerbate security risks including violent conflict.

In our own backyard, we can see this toxic cycle playing out in Mali and Somalia. Both countries have been ravaged by civil war and instability for well over a decade. The international community has responded with UN peacekeeping missions, multilateral joint forces and has poured aid into the respective regions, yet instability remains.

All these solutions fail to tackle one of the key roots of instability – insufficient natural resources and increasing climate instability. Northern Mali is being eaten up by the encroaching Sahara, and flooding characterises the Inner Niger Delta. Weather patterns are increasingly unreliable, and people’s livelihoods are constantly in the balance – the perfect cocktail for conflict. In a recent paper published by the Stockholm International Peace Research Institute that explored links between Mali’s civil war and declining access to basic natural resources, one UN peacekeeper based in Mali told researchers: “There is nothing else to do. They need the basics, which they cannot access, and the only option is to take up arms and get what they can.”

In Somalia, we see a similar story. Severe droughts have overwhelmingly affected the country’s nomadic herders and wider pastoral communities, leading to increased competition for natural resources and resulting in displacement, internal migration, greater pressure on resources elsewhere and pockets of violent conflicts – the cycle repeats. Furthermore, the lack of food, water, and stability for swathes of the population has made ripe hunting ground for insurgent groups such as al-Shabaab. Until a robust governance system can tackle their new environmental reality and offer a more stable future, these groups will continue to thrive.

Even Nigeria, one of Africa’s largest economies, has not escaped the biodiversity crisis security nexus. The north of the country, which is perpetually tackling the influence of Boko Haram, is also continually battling against a vicious cycle of drought and flooding, which is ravaging crop yields, diminishing freshwater supplies, and dramatically reducing income. Just this week, Nigeria’s Minister of Environment Sharon Ikeazor noted that the livelihoods of millions of Nigerians were threatened.

The pattern is clear to see, and despite contributing the least to the biodiversity and climate change crisis, Africa is and will continue to bear the brunt of it and insecurity will rise, unless as a global community we take action.

So how can we tackle this crisis? Peacebuilding in the age of biodiversity loss and climate change cannot fall back on standard security and defence protocols alone. It must adapt to our new reality. Like any war, we must be strategic, dogged, and robust in our response in order to preserve life, and overwhelming scientific evidence shows that conserving at least 30% of our land and oceans will help curb biodiversity loss, store carbon, help prevent future pandemics and bolster economic growth. Moving forward, protected areas can be part of our plan for peace in Africa too.

However, we must not be naïve. As with any defence, there is a cost. Harnessing the power of intact landscapes and biodiversity will take significant financial resources that the Global South often lacks. This makes the funding announced this week even more important. The ambition shown by the philanthropic sector now needs to be matched by governments, especially those in the Global North. As significant amounts of new financing are committed, the potential of 30×30 can be fully realised and Africa, as home to some of the world’s most vital biodiversity hotspots, has the opportunity to take a significant piece of the billion-dollar pie.

And whilst protected areas won’t be a magic bullet for ongoing conflict, protecting 30% will undoubtedly contribute to reduced insecurity for Africans and save lives, especially when complemented with other efforts necessary to safeguarding nature, including restoring degraded ecosystems, promoting sustainable use of natural resources, and supporting Indigenous Peoples and local communities. Halting further biodiversity loss is a vital ingredient to longer-term stability, providing income and employment opportunities, reducing disease burden, and building more resilient food and water supplies for our growing populations.

So, as we head towards COP15, scheduled to conclude next April, where nations will finally decide upon our new global biodiversity agenda, I implore African governments to support protecting 30% of our worlds’ land and sea.

Put simply, our future security depends on preventing the collapse of our natural systems, and the 30% target is a key piece of the strategy to achieve this. Without such ambitious action, the insecurity that has affected so many Africa for far too long will spread. More lives will be lost and we will reach the point of no return. Rather than fighting this war with guns, let us fight it with nature – the finances are being lined up and donors are looking to spend.

The Rise and Rise of Fascism in ...

Ernest Bai Koroma is the former President of Sierra Leone and a member of the Campaign for Nature Global Steering Committee.

Cost of living protests descended in riots last month. Food and fuel prices are set to rise further. In late-April, protests against the soaring cost of living erupted in cities ...
By continuing to browse this site, you agree to our use of cookies.