With the right strategic thinking, social media can help cultivate the kind of pan-African solidarity that would’ve excited the likes of Nkrumah. 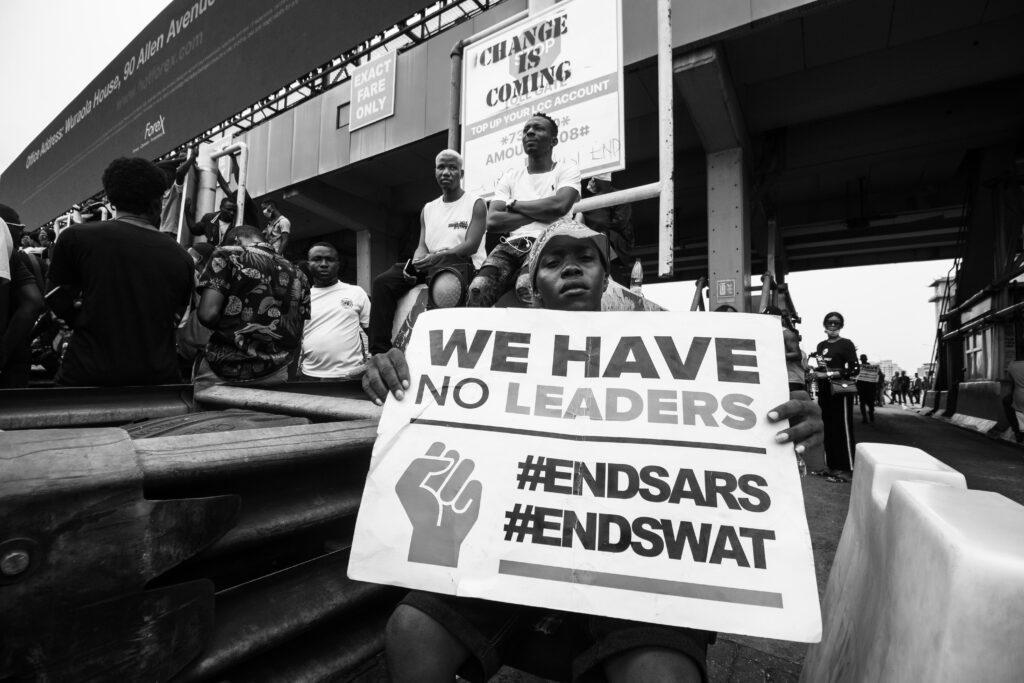 Social media was instrumental to the organisation and spread of the #EndSARS protests in Nigeria in October 2020. Credit: Nengi Nelson.

On 4 June 2021, Nigeria’s government announced the indefinite suspension of Twitter in the country. Over the following few days, it directed internet service providers to block access to the social media site and ordered media houses to de-install their accounts. While many Nigerians ignored, protested, and/or circumvented this arbitrary, and arguably, unconstitutional policy, others complied immediately.

The incident that triggered the government’s ban was Twitter’s deletion of a tweet by Muhammadu Buhari in which the president cited the 1967-70 civil war and threatened to treat “those misbehaving today” in “the language they will understand”. Twitter deemed this to have violated its policies. However, the Nigerian government’s grievances with the social media giant go much deeper as revealed when the Information Minister accused Twitter of being a threat to Nigeria’s “corporate existence” and declared its founder Jack Dorsey to be liable for damage to public property during the October 2020 #EndSARS protests.

Clearly, the Nigerian government was concerned by more than the deletion of a single tweet. It was worried about the opportunities Twitter presents as a space for organising collective action. It has good reason to be worried. The widespread #EndSARS protests, which began by demanding the abolition of an abusive police unit but evolved into demands for broader political change, offered authorities a glimpse into the future of social movements. In those protests, #EndSARS organisers used technologies like Twitter to decide protest locations, share health and safety tips, raise funds for catering and transportation, and organise legal and healthcare volunteers. This resourceful coordination had dazed law enforcement authorities and initially thwarted their usual tactics used for breaking up protests.

Social media also helped to internationalise #EndSARS as Twitter, Instagram and Facebook users far beyond Nigeria raised awareness of the movement and the problems it sought to address. At the same time, Nigerians eagerly engaged with trends from other countries such as #EndAnglophoneCrisis in Cameroon, #AmINext in South Africa, #FreeSenegal, #ShutItAllDown in Namibia, and #ZimbabweanLivesMatter.

These engagements are significant because, while African leaders have always had venues for cross-continental conversations, ordinary Africans have rarely had such opportunities. Interactions on social media may yet be unstructured, but the transnational – almost pan-African – solidarity that we saw among ordinary people around #EndSARS and other protests would have excited the likes of Kwame Nkrumah.

Remarkable as this development is, however, it is not enough. If activism across Africa is to result in actual transformation, this nascent solidarity must evolve into strategic collective action. This process will require activists to increase social consciousness, identify continent-wide systemic challenges, and locate pressure points.

Activism is not merely about advocating for change but sharing knowledge and appropriate theoretical frameworks for making sense of struggles. This process requires a shared conceptual language – such as through notions of “constitutionalism”, “social justice” or “pan-Africanism”. Having such a shared language can allow geographically and thematically diverse movements to identify areas of intersection and recognise the common factors underlying seemingly disparate issues.

Social media offers activists the opportunity to not just engage in this kind of public education at a pan-African level but do so in a way that fosters a sense of collective African identity. Done effectively, it is possible to imagine a continent-wide protest using one hashtag, presenting similar but contextual demands, in a show of unity that would be impossible for governments to ignore.

Many of Africa’s challenges are much more than individual nation’s weaknesses and, with the appropriate theoretical understanding, activists can share similar experiences in a way that emphasises patterns and their common systemic underpinnings. Particularly relevant areas for collective examination might include things such as the legacy of colonialism in today’s governance and authoritarian institutions, the emergence and dominance of an elite class, and deepening inequalities. If undertaken as a deliberate social media project by activists across the continent – and a few people have already begun to do this – social media platforms such as Twitter can be used to share common narratives from different countries. What may first seem like peculiar local or national problems can come to be understood as systemic continent-wide issues that demand systemic continent-wide action.

The next step after this would be to identify pressure points. The power of movements is still limited by the contexts in which they arise and the extent to which the governments or other organisations they target are likely to be responsive. This means it will be necessary for activists across Africa to be strategic and work out where attention and resources would best be concentrated, both in terms of the wider effect of such a campaign and its chances of success. In practice, this might involve targeting more democratic governments with diplomatic influence, relatively more socially responsible corporations, intergovernmental organisations, and even social media platforms themselves.

In theory, a movement that encompasses activists from across Africa has a wider range of potential pressure points and greater flexibility in choosing its targets. Social media allows people from different contexts to share important information and mobilise on behalf of one another. For instance, a pan-African movement recognising that one particular community’s plight was inter-connected with many others could stand in solidarity not just by amplifying that group’s protests, but also by pressuring neighbouring governments, regional blocs, multinationals and other influential bodies as well as by sharing relevant lessons, resources and experiences.

The future of radical activism in Africa will partly depend on the ability of activists to harness and amplify solidarity via social media. Many governments will attempt to restrict this same space, and there will always be questions doubting the authenticity and legitimacy of online activism. However, there is a lot to be hopeful about. Social media has created a unique kind of space that is not subject to the physical control of the military or police.

This is not to suggest that social media is a panacea. In many ways, it has given rise to more problems and has facilitated the spread of discrimination, misinformation, and intimidation. These issues will have to be addressed.

Yet the fact remains that, in a continent where opportunities for international engagement between everyday people is severely limited, social media provides a space – for increasingly numbers of Africans though far from all – to connect, to redefine African values, to recognise shared inequities and ambitions, and to stand up against authoritarianism, racism, patriarchy, injustice, and other daily discriminations. If African activists can utilise this space effectively, they can play a major part in shaping African society for the next generation.

What is transnational solidarity, and who gets ...