Is it possible to do business in Africa without engaging in corruption? – asks ETK’s Kevin Korgba 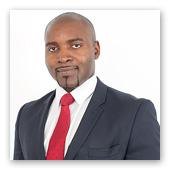 The number of British businesses looking to expand into Africa is on the rise. We know that enterprise on the continent is growing – the IMF forecasts that African countries could take up to seven of the top ten places for economic growth over the next five years – and this means the door is open for ambitious entrepreneurs brave (and smart) enough to take the plunge into the unique opportunities the continent affords.

However, doing business in Africa is not without its own challenges. As an African business consultant, one of the very first questions I often get from individuals as well as companies is about corruption.  The widespread perception is that Africa is corrupt, Africans are corrupt, and that you cannot do business in Africa without bribery. But these statements are sweeping generalisations – it’s a bit like saying every Englishman cannot dance.

I am a firm believer that it is possible to do business in Africa without corruption, but the key is to be strategic and well-informed about cultural and business nuances which may differ from country to country, and even region to region. Economic growth will no doubt be the driving development force in Africa’s future. Keeping this in mind, it has never been more important to change people’s perceptions and move away from an aid-dependent stereotype towards that of a trade-robust landscape.

Let’s be honest, Africa does have its fair share of corruption – but it is not alone. You only have to look at recent newspaper headlines to see that countries such as China, Russia, and many others are mentioned frequently when it comes to bribery, extortion and other unscrupulous tactics. So why does Africa have such a bad reputation?

Anyone working in Africa will have witnessed corrupt business practices first hand – whether it is the market trader who must pay off local authorities or the bribes taken along a supply chain to ensure smoother transactions. Is there anything we can do to fight this kind of endemic corruption? I believe the answer is yes and the solution lies in the response from government, the public and the business community. Many countries, including African countries such as Rwanda, have successfully dealt with dishonest practices by concerted effort of one kind or another and the rest of Africa can learn from these countries. The key is in the adaptation, because a cut and paste approach will never work.

We need to have a balanced, honest and realistic conversation that takes into consideration the cultural dimension of corruption, and how greatly this affects the way business is done in different regions.

An act that may be termed corrupt in one culture may be perfectly normal in another, so it’s very important to define exactly what a “˜corrupt act’ is. A perfect example of this is the traditional importance of gift-giving in many cultures. Depending on when, how, and what kind of gift you give, this can bring us into a grey area.

At a recent event on this very issue, organised by my company ETK Consulting and hosted by international law firm Clyde & Co, Sir Steward Eldon of The Ambassador Partnership (and former UK Permanent Representative to NATO), told us that corruption can be both unsophisticated and highly complex. Political linkages, family relationships, ethnic factors and pure financial greed, poverty or desperation can all play a part. The key for businesses is to develop local knowledge, understanding and sympathies. As Sir Eldon put it: “Do your research” and understand what you can do to steer clear of corruption and its legal pitfalls.

It may sound straightforward, yet increasingly we are seeing examples of well-known companies falling foul of the UK Bribery Act – which holds British companies to account for corrupt acts incurred abroad – because they didn’t keep an eye on their agents overseas. Only last year Oxford University Press was ordered to pay £1.9 million after two subsidiary companies bribed government officials for contracts to supply school textbooks in east Africa. In 2010, the World Bank excluded the British publishers Macmillan from contracts it financed for six years after the company admitted bribery payments relating to an education project in Sudan.

So what can companies do to ensure that they avoid the risks while still maximising the great opportunities that exist in Africa?

Corruption may be a challenge, but it will always be sound business practices and honest, meaningful hard work that allows your company to thrive in any area. As Sir Eldon said:  “People should talk to you because you are interesting and valuable, not because you pay.”

Kevin Korgba is Managing Director of ETK Consulting, a capacity builder for individuals and businesses wishing to engage in Africa. ETK Consulting run worldwide courses in African Business Management. Kevin has worked and done business in Africa, Europe and South America; and has sat on various education and entrepreneurship development panels in Nigeria and the UK.