The Kreol language binds Mauritius’ diverse communities together and links us all, inescapably, to our country’s African origins. 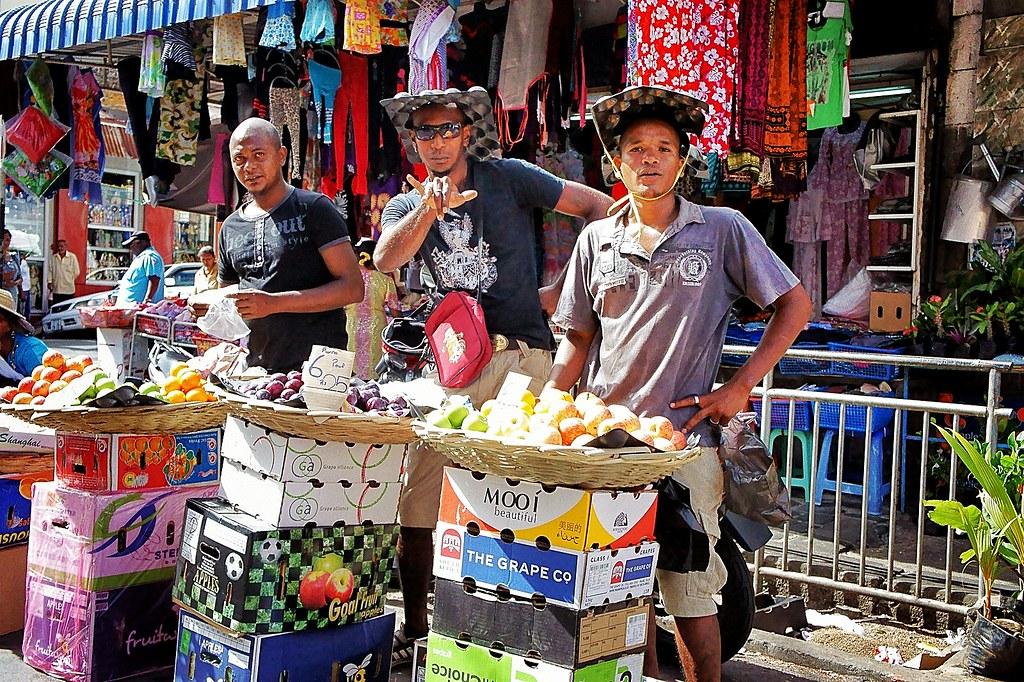 Mauritius is known for having one of the most diverse societies in the world. Credit: Miwok.

This is the fourth article in the seven-part series Living In Translation about language and identity. They are guest edited by Nanjala Nyabola. See all the articles here.

I was 11 years old when I first found out that Mauritius is in Africa. I had been in the country for nearly four years, having been born in the UK to two Mauritian parents, when my geography teacher dropped this bombshell. The concept of “African-ness” felt so foreign. I knew so little of the continent and had only perceived it through the warped lens of the media, which portrayed it as dark, diseased and hopeless. How could I have been African all this time and not even known it?

This, to me, is where the Mauritian dilemma begins: a crisis of identity, language and belonging.

As I and my classmates learnt by rote in primary school in the capital Port Louis, Mauritius’ condensed three-hundred-year history consists of three successive periods of colonisation. The Dutch were the first to settle on the tiny island, 2,000 km off Africa’s southeast coast and uninhabited but for the ill-fated dodo. Next were the French. Then came the British. Through these periods, African, Indian and Chinese settlers were either brought over as indentured labour and slaves or came over to provide services for them. In 1968, the tiny island nation gained independence under our purported Father of the Nation Sir Seewoosagur Ramgoolam.

Fast-forward to today and Mauritius is seen as Africa’s little miracle nation. It is one of the most ethnically-diverse nations in the world. Two-thirds of the population is composed of Indo-Mauritians, but there are also many minorities such as the Sino-Mauritians and Franco-Mauritians. By far the island’s largest minority at about 30% of the population, however, are the descendants of African slaves. In a certain sense, Mauritius was an invention of colonisation and of Africa, only coming into existence when the Dutch brought slaves from as far as Senegal, Tanzania, Mozambique and Madagascar and left them stranded on Mauritian shores.

These groups would become the principal ancestors of a people that is now referred to as the “Creole” community, though concepts of kreolité today have developed meanings well beyond just the boundaries of race and African lineage.

The term Creole or Kreol thus refers to more than just groups of people, but the language that all Mauritians speak. Furthermore, the word’s usage continues to shift. At the 2017 Kreol Festival, for example, Minister of National Solidarity Étienne Sinatambou proclaimed that we are all Creole. In doing so, he invoked the spirit of Mauricianisme, a national identity defined by the synthesis of the island’s many cultures and traditions.

As in all societies, language is central to Mauritians’ identity. The smatterings of languages spoken on the island reflect the diversity of our people as well as our history. For example, we inherited English and French courtesy of colonialism. We made English the official language of the National Assembly even though it is spoken by less than 1% of the population – in contrast, the Seychelles conduct its parliamentary proceedings in Seychellois Kreol – and we conduct most of our corporate affairs and media activities in French.

At the same time, primary school children are encouraged to study their ancestral languages. When I was at school in the early-2000s, we would be shepherded each week into our respective “Langue Orientale” classes where we would learn the likes of as Bhojpuri, Hindi, Tamil, Telegu, Marathi, Urdu, Arabic or Mandarin. These classes reinforced our sense of communalism, our diasporic identities, and allegiances to imagined homelands – all distinctly un-African.

During this time, the students of the Ti Creole community were given a free study period. Back then, this seemed like a grave injustice to the rest of us, but in hindsight this deeply divisive tradition othered my Creole classmates. Kreol is our lingua franca and our nation’s single greatest unifying factor, yet it still struggles for respect from its own people.

As well as being separated from their fellow compatriots through how our languages are treated differently, the Creole people are also profoundly displaced from their own African roots. The process of colonisation created feelings of dislocation among slaves and their descendants, while the systematic omission of Africa in Mauritius’ schools and its national identity ever since has exacerbated the sense of otherness in the Ti Creole minority. These feelings have been compounded by the legacies of slavery and the community’s historic socio-economic marginalisation, not to mention the pre-independence ethnic violence that triggered an exodus of the Creole bourgeoisie. Interesting, those who left mostly embarked on one-way trips, not 2,000 km west to the African mainland, but 7,000 km east to Australia.

While they may consider themselves to be the first Mauritians then, the Creole population has typically lacked an African consciousness and sense of connection with their geographic origins. This pain, known as the “Creole Malaise”, is expressed in the sega song Reve Nou Ancetres (Our Ancestors’ dream) by Cassiya:

The blood of slavery courses through my body

It reminds me of all the cruelties

Until we forgot the language we used to speak

My mind continues going my child

The Kreol language is therefore one born of suffering, slavery and indenture; a violent collective history that belongs to us all. The lingua franca is also a central part of Mauritian sega tipik, which is arguably the Mauritian version of the African-American blues. As popular local singer Linzy Bacbotte puts it: “What the slaves were expressing through the music was a lot of pain, it was also a calling, or a recall from their home. It was that rhythm and the language to express everything unsaid.”

It was a particularly poignant moment for the Creole people in February 1999 then when KAYA, a local icon and pioneer of Seggae (a mixture of sega and reggae) died, allegedly through police brutality. At this news, tensions exploded and the ensuing violence led to more destruction and death. Creole organisations said the eruption was a result of the community’s alienation from the country’s political and economic spheres.

20 years later and some things are changing. On the one hand, Mauritius is in the process of redefining electoral boundaries to ensure proportional ethnic representation. This will likely mean more Creole politicians are elected. On the other hand, however, inter-marriage is slowly but surely making these same parameters of race and ethnicity more fluid. We can no longer neatly check the boxes of Indo-Mauritian, Sino-Mauritian or “General Population”, a census category that groups the Creole people together with Franco-Mauritians.

Among other things, these shifts are further contributing to the changing definition of what it means to be Creole. Politicians such as the aforementioned minister claim that we are all Creole, while Natty Gong sings in Freestyle San Gêne:

No matter if you’re Chinese

If your skin is black

From the moment you live in Mauritius

Through shifting notions of national identity and the blurring of lines between ethnic groups, Mauritius is thus moving towards a situation in which the zilwa (islander) is not African, Asian or European. Rather, they are an amalgamation of all of the above. As a carrier of culture, the Kreol language is a key emblem of this as its usage transcends ethnic boundaries.

Much more still needs to be done to recognise and take pride in this lingua franca and its roots. The birth of Kreol adult literacy programmes and the introduction of an International Kreol Festival in 2006 are steps in the right direction. But other measures such as an Intercontinental Slavery Museum, of which there have been whispers, would give more visibility to Mauritius’ African identity.

So where does this all leave me, a couple decades since first learning I was, at least technically, African? As a Mauritian citizen of Indian and Chinese descent, a part-time Kreol instructor, and a member of both the island’s Indo-Mauritian majority and Muslim minority, am I African? My first experience on the continent was part of the Young African Leadership Initiative, which showed me that no single person has ownership on what it means to be African and that pan-Africanism exists in multitudes of black, white and Asian. Well, so does Mauritianism. And so yes, I am African because I am Mauritian, and I am Mauritian because I am African.

Shaheen Beeharry is a Learning Experience Designer at the African Leadership University. Contextualised education is a passion of hers. As the former Global Affairs Consultant, Curriculum Contextualisation & Language Associate, and founding member of the African Languages programme, she has been designing and delivering a course in Mauritian Creole for students from across continental Africa.

Our investigation found Israeli citizens have been training Cameroon’s most notorious military unit for years, making them huge sums in the process. In November 2018, Eran Moas basked under the ...
By continuing to browse the site you are agreeing to our use of cookies.