General al-Burhan: Illegitimate, Unpatriotic, Untrustworthy, and Not a Leader 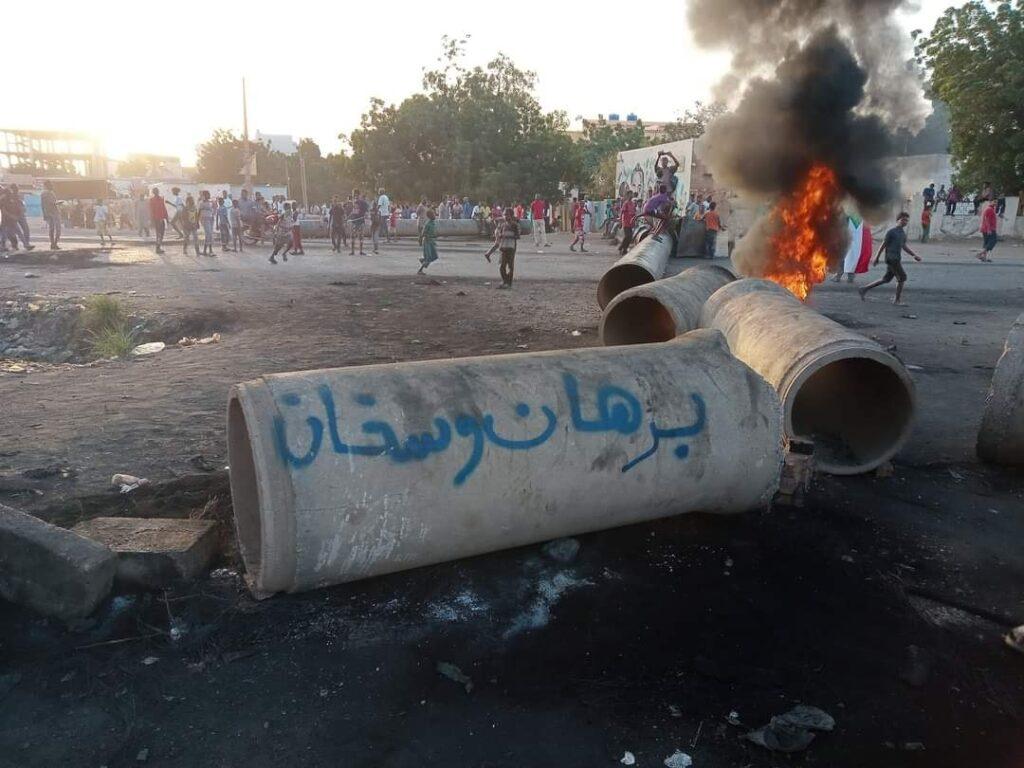 The seizure of power by General Abdel Fattah al-Burhan on Monday was a brazen usurpation of the constitutional order, a selfish effort to protect the privileges of the army, and a betrayal of a succession of promises he himself had made.

Al-Burhan’s action is a military coup, pure and simple: a power grab in defiance of a constitutional order which was as precious as it was fragile. It is an unconstitutional change in government that should automatically lead to Sudan’s suspension from the African Union until such time as the legitimate order is restored. In this case, legitimate order does not mean a new formula contrived by the general himself in order to preserve his own stolen status, under which he puts in place his lackeys who, should they accept his offers, will show not only that they are for sale in Sudan’s political marketplace but also that their price is cheap. For nobody has any confidence that al-Burhan will be anything other than a minor clone of his deposed mentor, Omar al-Bashir, who ran Sudan in this manner for three decades, leaving it in a desperate state inherited by the democratic revolution.

No, a return to constitutional legitimacy in Sudan means at minimum that al-Burhan steps down from power, as he was legally obliged to do next month when his term as the Chairman of the Sovereignty Council expired.

The general’s putsch has shown him to be unpatriotic—he is pursuing private or factional interests regardless of the cost to the Sudanese people as a whole.

A national leader is prepared to make sacrifices—as an individual, as a representative of a constituency—for the greater good of the country. Such self-denying steps are particularly essential in times of hardship when the future of the nation is in the balance. Nobody pretended that the transition to democracy after the April 2019 revolution would be anything other than troubled and painful, requiring concessions from all involved.

For the army those necessary compromises start with reducing its bloated numbers and budget. It would mean dismantling the military’s toxic penetration of the economy, so that officers no longer control the most lucrative commercial sectors. It would mean unpicking the networks of corruption that they have over decades woven throughout the economy.

A patriotic spirit would require that military leaders are ready to face accountability  before the public for the violations perpetrated during the rule of al-Bashir and in the weeks after the democratic revolution, when peaceful protesters were brutally massacred in the streets of Khartoum. Perhaps if the generals were ready to be frank and repentant, there would be an opening for reconciliation and forgiveness, a compromise in pursuit of a common future. On the other hand, if the soldiers arrogantly regard themselves as above the law, then those options are foreclosed.

Justice was one of the central calls for the revolutionaries who put their lives on the line in the street protests and the sit-in around the military headquarters. It was agreed as a component of the Constitutional Declaration.

Over the last two years, the size and spending of the army has expanded, even while the national economy has been in crisis. There is now, belatedly, progress towards stabilizing the economy with debt relief and financial aid. That is all in jeopardy now.

Al-Burhan has said that he staged the coup to ‘prevent war’. In reality, it not only threatens bloodshed on the streets but also puts the incomplete peace process at risk. The biggest armed groups in Darfur and South Kordofan were still negotiating with the government on the terms of a peace deal. The success of those peace talks is now in doubt.

Rather than continue with the often slow and frustrating process of dialogue with civilians, al-Burhan put his personal and factional interests first, holding out the false promise of decisive leadership. It’s a betrayal of Sudan.

Finally, al-Burhan has proved himself untrustworthy. He signed the Constitutional Declaration and a host of other commitments. Just last weekend he met with the US Special Envoy, Jeff Feldman. Al-Burhan said he was thinking of taking power but was either too confused, timid or dishonest to be frank and to understand the clear message that Feldman conveyed: ‘don’t do it’. Within hours of Feldman’s departure, the general made his power grab.

And no decisive leadership has been on show. Al-Burhan has been hesitant and clumsy, a poor actor on a big stage who cannot properly remember his lines. The perfidy of Sudan’s non-leader is plain for all to see.

*See also this piece published on the BBC.

Guinea-Bissau: Where land rights are not secure ...