One of the first things the coup leaders on taking power this January was to restore the internet and surround the national broadcaster with tanks. 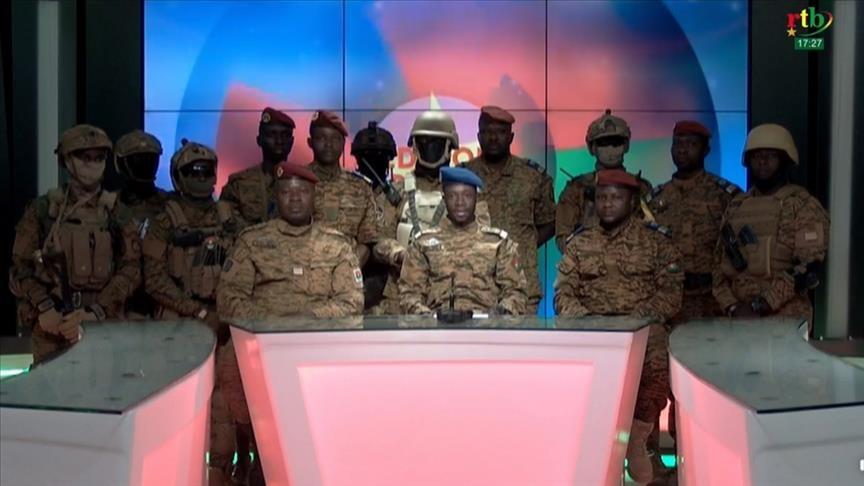 The dust appears to have settled following the recent coup in Burkina Faso. A televised statement on 31 January named Lieutenant-Colonel Paul-Henri Sandaogo Damiba as interim leader and said that the independence of the judiciary as well as freedom of speech and movement had been restored. The Patriotic Movement for Preservation and Restoration – the name chosen by the interim military government – would, a spokesperson said, ensure “the continuity of the state pending the establishment of transitional bodies”.

We were in the capital Ouagadougou when the coup broke out and saw how the media – both mainstream and social – influenced the way events unfolded. Across much of Francophone West Africa, control of the media – once an exclusive tool for governments – now appears disputed thanks to the internet. It has become an increasingly important factor at the core of power and politics, as seen in the coup.

On 23 January, Ouagadougou woke to the sound of gunfire. Rumours circulated about what has happening, ranging from a localised mutiny to a complete military takeover. Later that morning, a government communique issued via Twitter denied the coup. That evening saw a short distraction when the national football team defeated Gabon in the African Cup of Nations, but a government-imposed curfew curtailed public celebrations.

The next morning, the then ruling People’s Movement for Progress issued a desperate yet largely ignored call to arms. The plea was widely circulated via social media calling on the people and the international community to counter the attempt to destabilise the republican institutions. But by now, the military had seized the national TV broadcaster, Radio Télévision du Burkina (RTB), which it later used it to announce the change of regime.

Military takeovers tend not to rely solely on “hard” weapons to take power but also “soft” weapons such as the media. Taking control of a national broadcaster, for example, is often as important as taking control of parliament buildings and is usually one of coup plotters’ top priorities. In this way, new regimes can silence their opponent’s voice and ensure control of the main communication tool, enabling them to establish control in the eyes of the population at large.

This can happen with or without the support of the public. In 2014, for example, there was a popular uprising against then President Blaise Compaoré and his plans to change the constitution to run for a fifth term of office. The public not only supported the insurrection but actively participated in ransacking the National Assembly building and RTB  – both symbols of state power.

In contrast, in 2015, when Compaoré’s presidential guard tried to retake power in an aborted coup, they lacked popular support and media outlets mobilised against the coup. In response, the military rebels ransacked their offices and physically abused journalists in a failed attempt to prevent their newly acquired power being undermined.

In the run-up to and during the recent coup in Burkina Faso, both sides tried to use social media to shore up their position. Following rapid broadband internet take-up in recent years, penetration is now at over 50% . Facebook, which is accessed by more than 75% of internet users, is particularly popular.

Between November 2021 and the 23 January coup, mobile internet was shut down by the authorities several times to combat what it referred to as misinformation and quell increasing unrest. It was a highly unpopular attempt to block an increasingly popular tool for public mobilisation.

Internet access was restored by the coup leaders on the second day of the coup. They recognised the power of the internet and used the switch-on first to garner favour with the public and, second, to inform the population of its takeover and establish legitimacy in the eyes of the people.

The seizing of RTB offices, surrounding the building with tanks and troops at 9am the same day, meant that the military was able to broadcast the success of its takeover via both mainstream and social media outlets. The ousted President Roch Marc Christian Kaboré, meanwhile, was under military guard, preventing him from accessing the airwaves.

A tweet, allegedly originating with Kaboré appeared at 2pm, calling on the military plotters to relinquish power. Whether or not it came from the beleaguered former president, it failed to mobilise any support for him.

From start to finish, the media – both mainstream and social – played a key role in the seizing of political power by the military. And, as more and more people in Burkina Faso gain access to social media, the more powerful it will become as a tool to mobilise support.

The Rise of Mobile Money in Sub-Saharan ...

Tigray needs aid now, with or without ...