Guinea must put justice at the heart of its transition

The September coup was domestically popular. The junta can build on this and send a signal to the region by prioritising accountability. 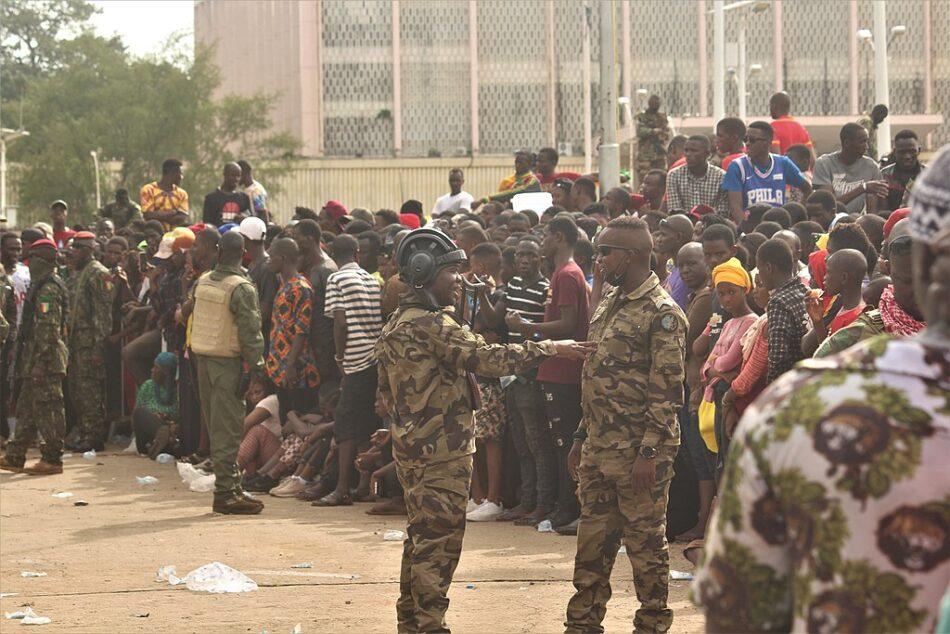 Supporters of the coup in front the junta’s headquarters in September 2021. Credit: Aboubacarkhoraa.

In the closing days of 2021, Guinea’s military junta published a transition roadmap for a return to constitutional rule. It outlined five governmental priorities and looked ahead to future elections but, crucially, lacked any clear timetable. This vague plan suggests that the junta, which took power in September, may be preparing to maximise its time in power.

Unlike its counterparts in the likes of Sudan, Guinea’s military leaders are riding high on a wave of popular support for ousting Alpha Condé. The former president was unpopular and had prompted widespread backlash when he changed the constitution in 2020 in order to run for a third term. Accordingly, some see the events in Guinea as a “corrective coup”.

Since taking power, the junta has talked of the need to “consolidate democratic achievements”. However, its commitment to the rule of law has been questioned given they upended the country’s – admittedly shaky – constitutional foundations.

It is also worrying that the military, which has been behind serious human rights abuses in the recent past, is now in power. These violations include the use of excessive force against opposition-led demonstrations and the failure to halt ethnic violence during Condé’s recent re-election campaign, as well as the notorious 2009 massacre in which security forces killed upwards of 150 people in a stadium in Conakry. Victims of these incidents have yet to see justice and the military will have mixed feelings about prosecuting abuses that may target its own members.

At the same time, Guinea’s junta has a real opportunity to provide due process. In fact, the transitional president, Colonel Mamady Doumbouya, has already demonstrated that he is amenable to progress in some areas. He has taken steps to release political prisoners, ensure 30% female representation on the National Transitional Council, and create a court for economic and financial crimes.

Questions of justice and accountability, however, remain unaddressed. While the transitional council announced its intentions to hold a trial relating to the stadium massacre following a visit by the International Criminal Court, further details including a timeline are unclear. The status of the steering committee managing preparations for the trial and the progress the committee made prior to the coup also remain ambiguous. Furthermore, Colonel Doumbouya authorised the return of former president Moussa Dadis Camara, under whom the massacre took place, for “humanitarian” reasons.

An opportunity for change

If the current leadership abandons its responsibility to uphold people’s rights, there could be grave implications for Guinea’s stability. Citizens who lack confidence in their country’s security and justice institutions are more likely to take these matters into their own hands. This can involve forming ethnic militias, as happened in Nzérékore during the during the March 2020 constitutional referendum. State human rights violations can drive local support for these armed groups, or even violent extremist groups, as Guinea’s neighbours in the Sahel have found.

A sincere resolve during the transition period to address past abuses in Guinea would send a clear signal to the country’s citizens. It would also set an important regional standard and set a challenge to the juntas in Burkina Faso, Chad and Mali – all of which have experienced coups recently – whose leaders face similar pressures to sweep past injustices under the rug. As Mali undergoes a national dialogue process and Chad prepares for its own, Guinea’s centring of justice and accountability would provide a model for a human rights-based approach to a democratic transition.

Pressure from regional institutions like the West Africa bloc ECOWAS and the African Union (AU) could help ensure such a human rights-based democratic transition occurs in Guinea. Though ECOWAS has been criticised for failing to take steps against Condé’s electoral and constitutional manipulation that set the stage for September’s coup, it can take steps now to address the immediate crisis and correct its earlier mishandling.

The regional bloc could include concrete benchmarks for justice and accountability into conditions for the lifting sanctions and exert pressure for progress on the stadium massacre trial. Such a move would demonstrate that the dignity of Guinean citizens is paramount to the transition. Furthermore, centring justice and accountability as key components of the transition would advance ECOWAS’ faltering zero-tolerance policy on unconstitutional military takeovers, as such takeovers flourish in political environments where impunity is the norm.

Despite disrupting Guinea’s democratisation, the military junta now has the opportunity to integrate the protection of human rights and the fight against impunity into Guinea’s transition. The international community and regional partners, including ECOWAS, must accompany those leading the transition and ensure that justice for all Guineans remains the impetus for real, lasting change.

Why what’s good for TotalEnergies is bad ...