Ethiopia: Why PM Abiy’s National Dialogue is dead on arrival 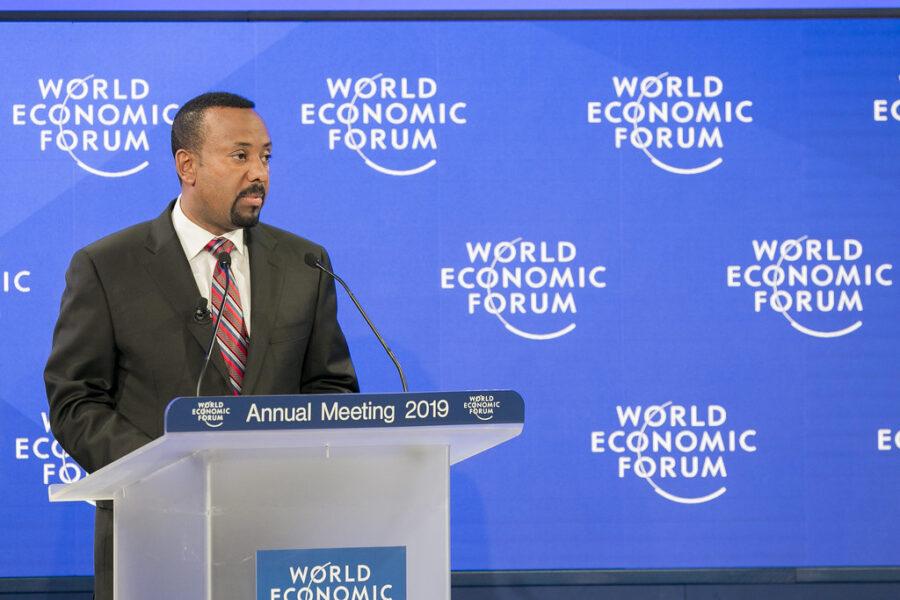 Over a year into a raging civil war, Ethiopia’s parliament agreed in late-December 2021 to establish a commission for a National Dialogue. In principle, most constituencies see talks as the only way to chart a more prosperous future. In the eyes of Prime Minister Abiy Ahmed’s opponents, however, this initiative is another cynical ploy to consolidate power.

For many of them, the key issue relates to who has been included in the dialogue and how the process will be structured. And, thus far, the proposed talks have been a single-party affair that lacks legitimacy, transparency, and credibility.

On 21 February, for instance, eleven individuals were selected to make up the National Dialogue Commission. They were chosen from a 42-person shortlist that was itself narrowed down from a longlist of 600 potential candidates. But it’s not clear who was consulted in this process or what criteria were used for selecting these figures. While the final group includes representatives from various communities – including Amharas, Tigrayans, and Oromos – they are mostly supportive of the federal government. Anyone who might challenge Abiy is on the outside looking in.

In its current form, therefore, the National Dialogue appears to be unsalvageable. Many see it as an intra-party negotiation within the ruling Prosperity Party (PP) that will not resolve the country’s intractable political debates, most notably over the 1994 federal constitution and the desire among many Tigrayans to secede. In a meeting of over 50 registered political parties on 10 February, all but three — PP, National Movement of Amhara (NAMA), and Ethiopian Citizens for Social Justice (EZEMA) – agreed that the way the dialogue commission was being formed could not lead to peace in Ethiopia.

Given these criticisms, some constituencies are calling for the process to be scrapped and are demanding that a new process be started at a later date.

The range of views on the dialogue

Feelings towards the National Dialogue vary between and within different groups in Ethiopia.

Within the Amhara community, there is a degree of support for Abiy’s proposed talks, as well as his war effort against the Tigrayan regional government. This backing has been challenged recently, however, by the federal government’s decision to release key opposition members from prison, including Sebhat Nega, a founding member of the Tigrayan People’s Liberation Front (TPLF).

For most Tigrayans, the National Dialogue is dead on arrival. Practically speaking, members of this community have not been included, while the war on Tigray continues. The region is still cut off from essential services such as electricity, communications, and banking, while the federal government has only allowed in a trickle of aid. Alongside the TPLF, which leads the regional government and claims to represent the Tigrayan people, there are also other political parties in the region – such as Arena Tigray, Salsay Woyane, Baitona, and Tigray Independence Party – and ethnic groups – such as the Irob and Kunama – that have their own demands and needs.

Among the Oromo, opposition parties such as the Oromo Federalist Congress (OFC) and Oromo Liberation Front (OLF) have rejected the dialogue process in its current form. The government recently released several imprisoned OFC leaders – including Jawar Mohammed, Bekele Gerba and Merera Gudina – but has yet to engage with them in any tangible way. Thousands also remain behind bars, including other OFC and OLF members as well as government critics, journalists, activists, and ethnic Tigrayans. Other Oromo forces such as the Qeerroo – the youth movement that propelled Abiy to power before he betrayed it – have been excluded from the proposed talks.

In the Somali region, the prevailing view is that the community was not appropriately consulted in the process for selecting the dialogue commissioners. The Somali regional branch of the Prosperity Party selected nine names for the shortlist, many of whom had credibility in the community. The one person chosen from this list, Mohamoud Dirir, was seen as the least credible. Responding to the perceived lack of meaningful representation of Somali interests, the Ogaden National Liberation Front (ONLF) declared that the process was not impartial and lacked transparency.

Several communities from many other regions – such as Gambella and the Southern Nations, Nationalities and Peoples (SNNP) – also lack representation. Meanwhile, women are significantly under-represented in the process.

For its part, Balderas for True Democracy, a party founded by the recently released Eskinder Nega, said the National Dialogue has “failed in its formation” by abandoning an inclusive process.

To be truly representative, the National Dialogue will need to include not only opposition parties and other constituencies, but also non-state armed groups such as the TPLF and Oromo Liberation Army (OLA). These organisations have great influence at the local level and control large swaths of territory. Yet, because the federal government continues to label them as terrorist organisations, it has refused to engage them diplomatically.

Competing interests of foreign powers – the US, but also Eritrea, Turkey, and the UAE – must also be factored in. While any national dialogue must be driven by Ethiopians, external interests cannot simply be ignored. Eritrea, for instance, is an active participant in the war and its forces are responsible for many atrocities.

The federal government appears to be using the National Dialogue as an attempt to legitimise its administration and push through its desired policies. Critics also see it as a move by Abiy to placate the international community and maintain power at the centre.

The dialogue looks like it is designed to address the gap in legitimacy the Abiy regime has faced since the civil war began in November 2020 and following flawed elections in 2021. It is a policy of survival to give the impression that things are under control.

Most opposition parties want an independent process in which the federal government is one member of talks, rather than the body setting up and running them. However, a truly representative National Dialogue would threaten Abiy’s grip on power. This is because it could result in the implementation of accountability mechanisms, or even lead to the formation of a new transitional government. By contrast, Abiy and the PP argue that, because they represent the elected government of Ethiopia, they will continue to rule the country regardless of the outcome of any talks.

Some argue that preparations should be taken to set up a dialogue, but that it cannot go forward until a ceasefire is in place. In this view, genuine talks cannot take place while major armed conflicts are ongoing and a severe humanitarian crisis is unfolding. Others argue that the National Dialogue and peace process are separate but reinforcing efforts. A more cynical viewpoint holds that the proposed dialogue has little to do with peace at all, but is simply meant to buy time for military preparations in anticipation of deepening civil war.

By organising the National Dialogue, Abiy is projecting a post-conflict moment to the world. In reality, Ethiopia is plagued by inter-communal and counter-insurgent violence. Among others, federal and regional security forces continue to commit atrocities, fighting between Tigray and Afar forces in Abala has displaced 300,000 people, Amhara militias often attack the Qemant and Tigrayans, deadly instability persists in Oromia, and the ongoing humanitarian crisis in Tigray has led to as many as 500,000 deaths.

There’s no doubt that an inclusive National Dialogue is needed to restore peace in Ethiopia. Owing to the conflict and the government’s unwillingness to pursue a genuine process, however, its current incarnation is effectively dead on arrival.

Caring about conservation is not enough. We ...

Patrick Wight is a lecturer at McGill University and a senior editor at Ethiopia Insight. He spent extensive time conducting research in Ethiopia while writing his PhD dissertation on the South Sudan peace process.