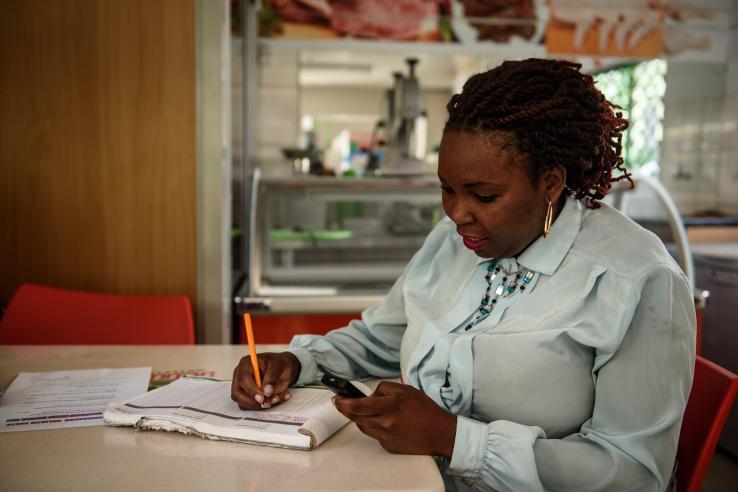 Government expenditure can be a poor indicator of the quality and quantity of public goods citizens receive, especially in low- and middle-income countries. Corruption and ineffective program implementation often claim large portions of public resources, also known as leakages. These leakages are difficult to quantify due to limited data but existing evidence shows that leakages can represent over half of the total budget. For example, in Tanzania, a 1997 Public Expenditure Tracking Survey (PETS) found 57 percent leakage in education and 41 percent in health spending; and in Ghana, a 2000 PETS found 50 percent leakage in education and 80 percent leakage in health.

Leakages are particularly concerning when it comes to social welfare programs, such as cash transfers, as these programs usually target vulnerable groups. Evidence shows that 87% and 78% of benefits for some social assistance programs did not reach intended beneficiaries in Uganda and Indonesia, respectively. Such leakages in social welfare programs directly impact the intended beneficiaries by reducing the amount of resources they have access to, with potentially substantial consequences on their lives. It also leads to mistrust of the government, which can have further downstream effects on electoral participation, civic engagement, and tax compliance.

Why do leakages arise?

Leakages in public expenditure can arise due to a number of reasons. Weak institutions, inadequate payment infrastructure, and poor accountability can make it easier for local officials to divert money from the intended beneficiaries. Differences in information available to stakeholders—the beneficiaries receiving the grant, the local official implementing the grants, and the government officials overseeing the grant—could also contribute to leakages.

The role digitization can play in curbing leakages

Rapid technological innovation and increasing connectivity present new opportunities to fight corruption and leakages in social programs. Digitization has the potential to reduce leakages by: reducing officials’ discretion through improved monitoring and auditing; cutting out intermediaries by automating processes; improving payment infrastructure and improving identification and authentication through the use of digital identification or biometrics.

A study in India, for example, found that technological improvements in monitoring, through the use of biometric data, not only discouraged local officials from engaging in corrupt behavior due to improved availability and accessibility of information but also improved last-mile service delivery and welfare outcomes for beneficiaries. Another study found that the digitization of social protection payments and the use of fingerprint biometrics as a tool to authenticate beneficiaries assisted in reducing payments to ghost beneficiaries.

The application of digital solutions to social protection payments isn’t guaranteed to curb leakages, especially if the solution does not directly address the source of fraud.

For example, in India, researchers found that the implementation of biometric authentication in a subsidized food program not only led to serious exclusion problems, where beneficiaries were prevented from receiving their entitlements despite meeting eligibility criteria, but more importantly failed to reduce leakages. This was because the main source of leakages in this case was not identity fraud, but “quantity fraud,” whereby local officials gave beneficiaries a little less than beneficiaries were due and kept the rest for themselves. Implementing biometric authentication did not address this problem, and thus had little impact on leakages. This highlights the importance of collecting local data, understanding local contexts, and the need to combine digital identification with other mechanisms, such as digital payments, to appropriately address issues prior to implementation.

Furthermore, even if digitization manages to reduce leakages in welfare programs, the continued use and effectiveness of these solutions can be weakened if they are contested by government officials or local officials. More precisely, digital reforms run the risk of being subverted if they: threaten the rents (illegitimate benefits) of officials; punitively increase the administrative burden for officials, or are not aligned with the realistic expectations of work behavior given the context. This indicates the importance of the political economy challenges in determining the success of digitization within social welfare programs.

In conclusion, it is important that a holistic view is taken when evaluating the potential impacts digitization will have on leakages, as well as the quantity and quality of service provision given a region’s specific economic and social context. While there is some evidence on the extent of leakages in some public programs in Africa, little is known about to what extent digitization will help curb leakages in different contexts.

The Digital Identification and Finance Initiative in Africa (DigiFI Africa) is exploring whether and how digital ID and payment systems can reduce corruption and leakages, while improving the overall efficacy of social welfare programs. Learn more about DigiFI Africa.

For persons with disabilities, it takes a ...

Nidhi Parekh is the Project Director for the Digital Identification and Finance Initiative in Africa (DigiFI) - J-PAL Africa’s first research initiative. In this role, Nidhi helps governments, academics, NGOs and private companies use rigorous research to understand how innovations in digital ID and payment systems policy affect people. Thokozile Malaza is a Policy Associate at J-PAL Africa at SALDRU at the University of Cape Town. Prior to joining J-PAL in 2020, she worked as a Data Quality Analyst on various research projects for Southern Africa Labour and Development. Thokozile is currently completing her Master’s in Economic Science.