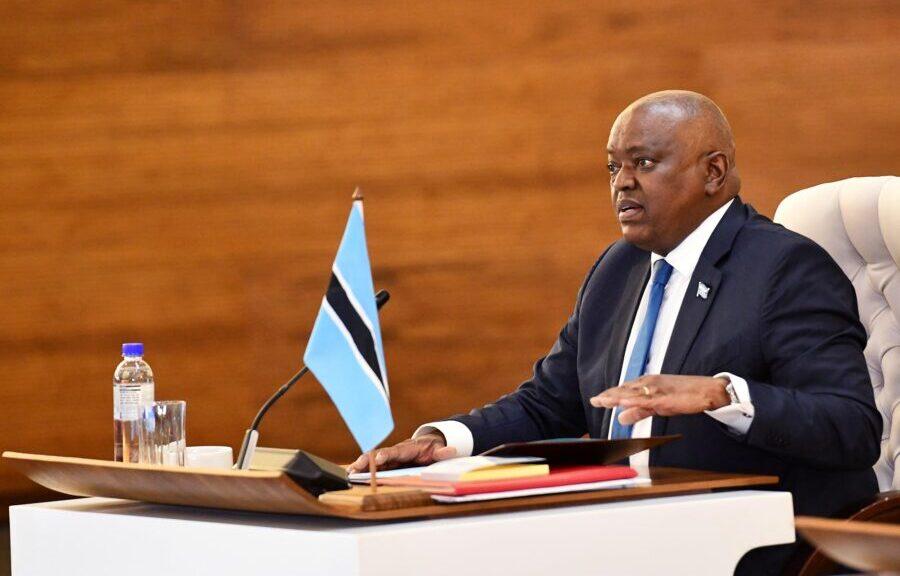 In November 2021, Botswana’s Court of Appeal upheld a landmark 2019 ruling that had decriminalised gay sex. Before the original verdict, same-sex sexual activity had been punishable by up to seven years’ imprisonment.

In the wake of 2019 decision, the government filed an appeal, reportedly to appease conservative voters. “It was a political card that they were playing,” says Bradley Fortuin, a human rights activist.  “It was for the government and the ruling party to go back to their constituents and say ‘we tried’.”

When the appeal failed last year, President Mokgweetsi Masisi changed tack. In a speech to Lesbians, Gays and Bisexuals of Botswana (LEGABIBO), the organisation that had spearheaded the legal challenge, he said:

“The members of the LEGABIBO community can derive comfort in the expectation of being fully able to benefit in all government services that they had been hitherto unable to access…Know for the record that you are fully embraced. Fear not. My job is to protect you and everybody else.”

In a country where gay sex had recently been illegal and where homophobia remains rife, these legal and political developments are hugely significant. But, as members of Botswana’s queer community point out, there is still far to go before they are treated as equals. The threat of violence, public ridicule, and ostracism, for instance, remain a daily reality for many.

“You cannot leave your house and be yourself,” says Fortuin. “You have to think ‘what can I wear that won’t endanger my life?’”

When queer people do face abuse, Fortuin says that authorities are slow to respond and discriminatory. “We are made fun of,” he says. “People will ask…‘why would you allow another male to beat you up?’ or ‘Why would you report your parents for beating you? You’re a lesbian.’”

Some activists suggest that there are also important differences in how people are treated within the queer community. Katlego Kolanyane Kesupile, cultural architect and artivist, says the decriminalisation debate focused on gay men, leaving other groups marginalised.

“When you look at the way queer life is positioned, lesbian lives are positioned on the side,” she says. “Black, trans and femme bodies are often side-lined in narratives of the movement, and there is definitely more space for inclusivity.”

In Botswana, trans people remain classified under the gender they were assigned at birth. This discourages many from accessing certain services. There are exceptions. In 2017, a trans man listed as ND and a trans woman, Tshepo Ricki Kgositau-Kanzaa, both won court battles to have the gender markers on their official documents changed. But these landmark cases did not set a precedent for transgender people in Botswana as a whole.

The road to queer rights in Botswana is long, but activists have already travelled far. ND’s case took ten years to fight, and LEGABIBO had to struggle for 18 years just to be registered as a legal entity. The campaign to decriminalise gay sex and then defeat the government’s appeal will have impacts for queer movements not just in Botswana but beyond.

Activists have plenty of achievements to be proud of, but as queer feminist Lame Olebile explains, there are still many battles to be won. “Strategic litigation is not just about one issue,” she says. “There are so many intersections and opportunities to shape and shift the world into what we want it to look like.”

One of LEGABIBO’s current campaigns, for instance, is to ensure queer rights and concerns are included in Botswana’s ongoing constitutional review process.

Legal means, however, are just one way to achieve a fairer life for queer people. As Olebile points out, another avenue is through cultural shifts that can change people’s understandings and perceptions of the queer community.

“As activists, we can bring the margins to the centre by having more nuanced conversations about how Batswana interact with gender and sexuality,” she says.

Some activists, such as Fortuin, see this sphere as the most critical and focus their energies on changing the stories people hear about Botswana’s queer community.

“For the longest time, when stories about queer people were reported on in the mainstream media, it was done in a negative way,” he says. “When I co-founded Batho Ba Lorato Film Festival, it was a platform to say ‘let’s tell our stories the way we want our stories to be told’…We wanted to show that one can be a bisexual woman, be successful and comfortable in your own skin, going to church. One can be a gay preacher and be accepted by your congregation.”

“When we share our stories, we foster visibility and wipe out myths,” says Enyatseng. “The visibility that comes from different people sharing experiences, queering and disrupting views of the world, is a celebration of plurality…When this storytelling is done properly it offers people a better understanding of other people’s experiences and what occupying the world means for them.”

Angola’s regime pushes back against a growing ...

Ngozi Chukura is an artist, writer and cultural worker based in Gaborone, Botswana.