A finely balanced National Assembly can be seen as a sign of both political polarisation and democratic progress. 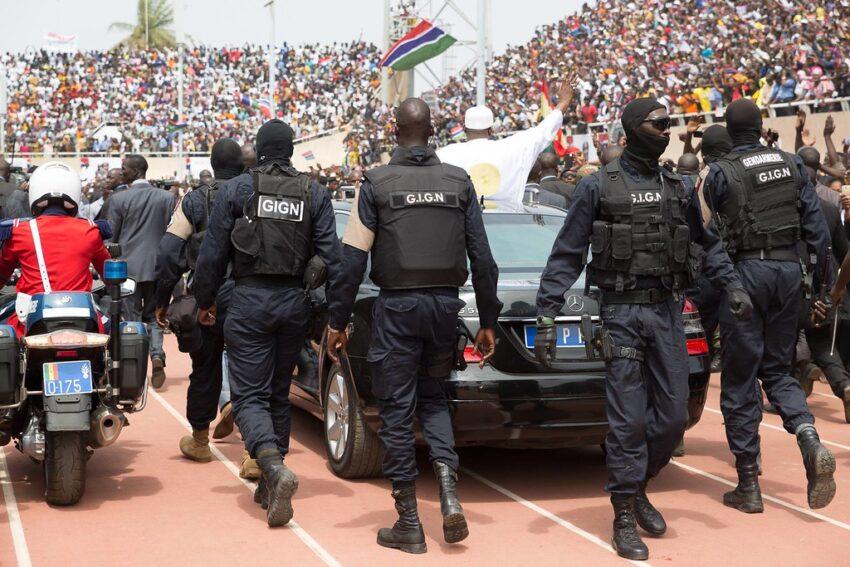 On 9 April, Gambians delivered a decidedly mixed verdict in the nation’s legislative elections. Four months after President Adama Barrow of the National People’s Party (NPP) won in a landslide in the presidential poll, voters split their votes and delivered a hung parliament.

Of the 53 directly elected seats in the National Assembly, the NPP won just 18. Its alliance partners – the National Reconciliation Party (NRP) and former President Yahya Jammeh’s Alliance for Patriotic Reorientation and Construction (APRC) – won four and two seats respectively. Added to five representatives directly appointed by the president, this allowed the NPP to scrape together a majority of 29 seats in the 58-seat parliament.

Once again, Gambian voters proved themselves to be highly unpredictable.

The running of the election

The running of the second legislative elections since the departure of the repressive President Jammeh went relatively smoothly. Although the 51% turnout was far lower than the 89% achieved in the December 2021 president elections, this was significantly higher than the turnout rate in the previous legislative poll. The local observer group Gambia Participate has suggested that more civic education around the role of parliamentary elections could encourage greater participation.

This is not to suggest the elections were not well publicised. For instance, QTV, the first private TV station, held political debates in both English and local languages. At the constituency level, debates were organised by the Commission on Political Debates and Movement for Social Justice. And morning radio talk shows provided candidates the opportunity to share their visions and answer questions from the public.

Election observer groups also played their part. Both international missions – from the West African bloc ECOWAS and the African Union – and domestic groups – such as the Election Watch Committee, Gambia Participates, and CSO Coalition on Elections – monitored the vote. The Election Analysis Centre, led by Centre for Research and Policy Development, countered misinformation emanating online. Although the deployment of observers was smaller than in the presidential election, their presence was welcomed by all parties and gave credibility to the election process.

Of course, the election was not without friction. For example, protesters clashed with police in March after the regional electoral commission rejected the nomination of the UDP’s Momodou Sabally, a former secretary-general under Jammeh. Sabally challenged the decision, but it was upheld by the Banjul High Court in an episode that likely strengthened Gambia’s electoral process.

The 2022 legislative elections saw President Barrow’s NPP become the largest party in the National Assembly. This is a significant achievement given it was contesting its first ever election. The NPP was only founded in 2019 by Barrow after he fell out with and left the UDP. At the same time, however, the fact the NPP secured just 29% of the vote – compared to 53% in the presidential election – would have felt like defeat.

There are various possible explanations for this discrepancy. One is that the NPP is not as popular as President Barrow. Another is that, in the Gambia’s first-past-the-post system, people vote for their preferred local candidate rather than for their favoured party. The NPP failed to win seats in several constituencies that Barrow had won comfortably in the presidential vote.

Either way, the result of the elections is that Gambia now has its first ever hung parliament. This is a sign of political polarisation but also of democratic progress. After 22 years under the authoritarian Jammeh, the country has a diverse parliament that will need to agree on policy decisions and represent a variety of views. Gambians will be hoping their new parliamentarians will be able to transcend partisan lines and put people’s interests at the centre of their policymaking.

This will not be smooth sailing. The opposition and survivors of Jammeh’s regime have already raised vehement complaints about the appointment of two ex-allies of Gambia’s former dictator as Speaker and Deputy Speaker respectively. Speaker Fabakary Tombong Jatta is the leader of Jammeh’s former party, APRC, and Deputy Speaker Seedy Njie loyally defended Jammeh’s decision to ignore his 2016 election defeat before he was forced from office.

The Gambian population’s priorities for their new representatives include laws to curtail corruption and policies that will propel socio-economic development. Perhaps above all else, however, the people will be keen for this National Assembly to learn from the mistakes of its predecessor, which rejected a draft constitution in 2020 for seemingly self-interested reasons. That document, which had widespread popular support, would have imposed clearer checks and balances on political power and marked a clean break from Jammeh’s rule.

At this stage of the Gambia’s political evolution, the National Assembly is the only political institution that can unite the country. Although it is divided following the legislative vote, the people will hope their parliamentarians can help the country move forwards and promote policies and a constitution that promotes One Gambia, One People, One Nation.