Amid growing resource scarcities, dozens have died and tens of thousands have been displaced by fighting triggered by a cow drowning. 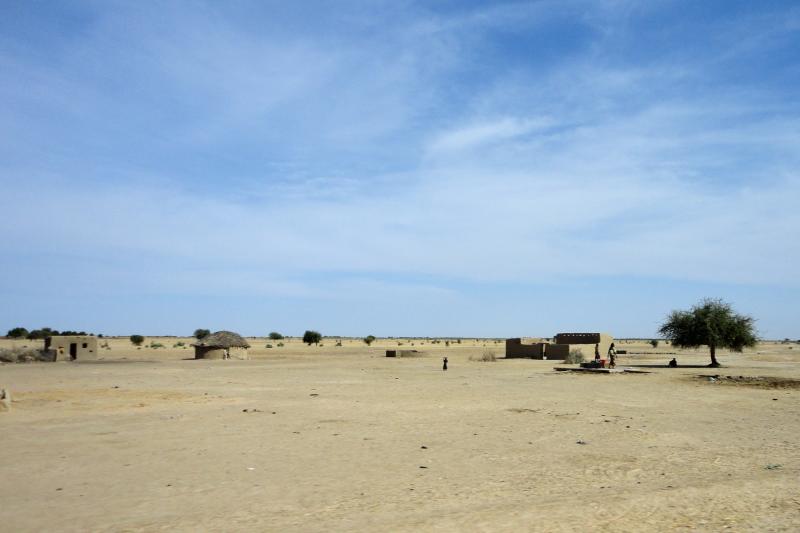 Last August, two struggling communities in the remote area of Logone-Birni engaged in a fierce and deadly battle that lasted nine days. The Chao-Arab herders and Mousgoum farmers and fishermen in the Far North region of Cameroon picked up arms and, by the time they put them back down, 32 people had been killed, 19 villages had been burnt down, and 11,000 people had fled to neighbouring Chad.

What triggered the conflict? One day, an animal belonging to a Chao-Arab herder had slipped into pond built by a Mousgoum villager and drowned.

A few months later in December, fighting between the neighbours broke out again. This time, the conflict was sparked by cattle belonging to a Choa-Arab herder crossing Mousgoum farmlands and destroying some crops. In the two weeks of clashes that followed, at least 44 people were killed, 111 were injured, and 112 villages were destroyed. Over 85,000 refugees escaped to Chad, while 15,000 others were displaced internally.

In two bouts of fighting, tens of thousands of lives, on both sides of a once peaceful and neighbourly relationship, were turned upside down.

“The entire village was razed,” says 52-year-old Aboukar Dalaye, Choa-Arab chief in Logone-Birni. “Now I live in a tent with my family…Our Mousgoum brothers don’t want to see our cattle go anywhere near their farms, fishponds or villages.”

“Herders trespass on fishponds which we struggle to build,” says 70-year-old Oumar Bara, a Mousgoum leader of Gawa Tata village. “When we tell them not to trespass, they argue that they also need to eat – that they must graze their cattle in the surrounding pasture…Now I am penniless. The Choa-Arabs seized dozens of my cattle, destroyed my fishing implements as well as millet yields.”

A fight for resources

Choa-Arab and Mousgoum villages in northern Cameroon are located on fertile land left behind by the receding waters of Lake Chad. This rich territory has attracted several communities from the surrounding area as well as groups from further afield in West Africa.

For generations, many of these communities have co-existed peacefully and cooperatively, but the rising scarcity of resources – deeply exacerbated by climate breakdown – has led to a rise in tensions. Temperatures in the Sahel are rising 1.5 times faster than the global average. 80% of farmland is now degraded. And dwindling rains has led to severe water shortages, prompting Mousgoum villagers to dig ponds to retain water and fish.

As life has become harder and climatic conditions more unpredictable, neighbouring groups have had to compete over the same inadequate goods, sometimes violently. According to Armel Sambo, professor of history at the University of Maroua in Far North Region, this struggle has increasingly been coded in ethnic terms.

“In the face of scarce natural resources – fertile land, fish, pastures – communities still tend to rely on identity and ethnicity to exclude one another,” he says. “The Choa-Arabs with their cattle, constantly in search of pasture and water, complain of the many water catchment ponds built by the Mousgoums. But the latter will not digest the complaints of those they consider newcomers and invaders.”

Amid sometimes desperate living conditions, these intercommunal frustrations can build up quickly. And when they spill over, fighting can spread swiftly and indiscriminately.

“During the conflicts, when a group of Mousgoum fighters arrives in a Choa-Arab village, they would attack everyone there, assuming all of them to be Choa-Arabs and vice versa,” says Alliance Abelegue Fidele, a humanitarian worker and researcher at the think tank Thinking Africa based in the region. “Sometimes, those who had intermarried are attacked by both sides.”

During the December conflict, Cameroon’s Interior Minister, Paul Atanga Nji, visited the region and urged the communities not to resort to violence but to pursue their grievances through the official channels. “It is unacceptable to take the law into your own hands to loot, kill and perpetrate acts of vandalism,” he said. “If a traditional leader cannot even control his subjects, he is not fit to be a traditional ruler.”

However, both local analysts and Mousgoum leaders suggest that it is understandable why not all communities trust state institutions.

“Of the ten councils in the Logone and Chari Division, just one is headed by a Mousgoum; the rest are led by the Choa-Arabs,” says Bara, the Mousgoum village chief. “Most chiefdoms are also headed by Choa-Arabs. To them, they have the license to do whatever pleases them because they dominate us economically and politically…The Choa-Arabs bribe local authorities who regard us as the aggressor each time a conflict erupts.”

Dalaye, the Choa-Arab village chief, concedes that his community dominates politically, but says this should not affect intercommunal relations.

“I don’t see why it should create antagonism between cattle breeders and fishermen,” he says. “It ought not to have concerned them.”

A symptom of climate crisis

In recent years, Cameroon and the Sahel region more broadly have seen a rise in violent conflict related to increasingly scarce natural resources, often between herders and farmers. The antagonism between Choa-Arabs and Mousgoums, however, is a new development and points to the extent to which competition for ever depleting resources has intensified.

“We have lived together peacefully for generations,” recalls Dalaye. “And all of sudden, a useless conflict like this sparks up simply because of grazing land or cattle? Brothers against brothers!”

To him, there is a way back, through “guaranteeing safe passage for our animals into the river as well as guaranteeing pasture space”.

For Bara, however, it is difficult to imagine mending relations. “The trust we had for each other has waned,” he says. “We might greet each other when we meet but our hearts are still heavy…In the past, we used to intermingle with each other in markets and other public gatherings but now, we are careful to even venture into Choa-Arab villages.”

Analysts agree that without comprehensive action to mitigate the effects of climate breakdown and concerted local policies to ensure access to resources, lasting peace is likely to remain elusive. Violence is a symptom, not the underlying problem.

“Whenever a conflict breaks out between these communities, the soldiers are called in to stop the violence. As soon as a semblance of peace returns, local authorities and leaders of the two communities meet and discuss, and it’s over,” says the researcher Fidele.

“The conflict has stopped for now, but in reality, it is just on standby.”

Nalova Akua is a Cameroonian multimedia freelance journalist who treats news, features and other events with equal passion. He holds a BSc in journalism and has featured in outlets including Zenger News Service, The Epoch Times, Euronews Green, BBC Future Planet and Gavi, the Vaccines Alliance.