By Meera Venkatachalam and Dan Banik
215
0 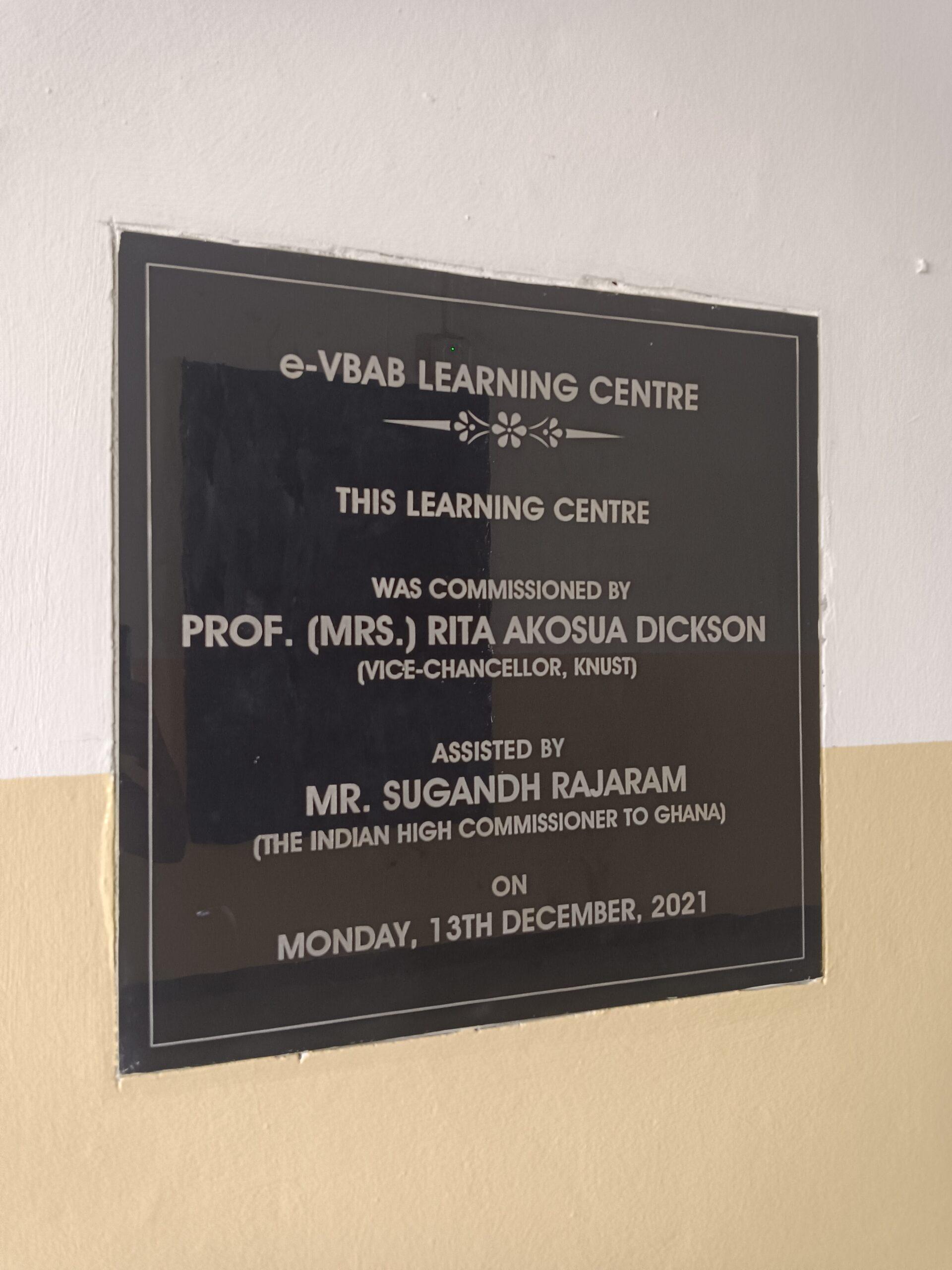 The Pan African e-Network has recently been renamed the Vidya Bharati Arogya Bharati (VBAB), which stands for iLearn (tele-education) and iHealth (tele-medicine).

India’s historical interest in engaging with countries on the African continent was largely anchored in a sense of solidarity based on similar experiences of postcolonial marginality in the post-World War II global order. At the now famous Bandung Conference in 1952, where 29 countries met to discuss Afro-Asian economic and cultural cooperation, Prime Minister Jawaharlal Nehru of India declared that the ‘tragedy of Africa is greater than that of any other continent, whether it is racial or political’ and that it was the responsibility of newly independent Asian nations ‘to help Africa to the best of [their] ability’.[1] As Antoinette Burton puts it, such arguments ‘imagined the global south and emergent African nations as clients of Indian technological expertise and the cultural/civilisational improvement that ostensibly came with it’.[2] Indeed, the idea that India and emergent African nations were at different stages in their developmental journeys was already entrenched in Bandung and would reverberate in India’s future Africa outreach.

Soon after independence, the Indian political elite began framing India as a leading representative of the global South and a model for other postcolonial countries to emulate. What was less clear then was how India understood its normative power, that is the models of institutional development established in India that were deemed worthy of export to postcolonial geographies. From the very beginning, India prided itself as an emergent powerhouse of frugal innovation and technology, and African students were offered scholarships by the Indian Council for Cultural Relations (ICCR) and invited to study mainly technical subjects under the Indian Technical and Economic Cooperation (ITEC) scheme. In the 1990s, three transformative events redefined India’s foreign policy. First, the neoliberal reforms of 1991, which resulted in a burgeoning private sector and a rise in GDP growth, were widely hailed as a great success at home and abroad. Second, India entered the nuclear club in 1998 after successfully detonating a weapon, gaining greater negotiating clout on the global stage. Third, as the country moved towards the political right, the internal political landscape in India gradually changed, which resulted in a reorientation of societal values, institutions and geo-economic concerns.

Rather than a bounded nation-state, the Indian right largely conceives of India as a unique ancient civilisational state, which developed the capacity to regulate moral, scientific and political order better than any other civilisation. Political strategists often declare that the nation’s role is that of a vishwaguru (Sanskrit: world teacher), with a global responsibility to share the benefits of the country’s developmental trajectory with other nations. Against this backdrop, Southern solidarity gave away to a sense of Indian exceptionalism. Indian actors began to develop a clearer idea of what institutions and forms of technical expertise were worthy of export to other nations of the global South. The Indian model of development, dubbed the ‘Mumbai Consensus’, was upheld as a viable developmental model for African nations. New Delhi claimed that this Indian alternative was radically different from the ‘Beijing Consensus’, the Chinese export-led, state-controlled model of growth, and the ‘Washington Consensus’, the American free-market model based on deregulation and privatisation of state enterprises. Indian policymakers claimed that the key elements of the Mumbai Consensus included a pluralistic democratic polity, decentralisation, a demand-driven economic landscape, an emphasis on private entrepreneurship and innovation and non-expansionist geopolitical outlook.

The model of development cooperation that has emerged in India in the past couple of decades incorporates some of the above elements. For example, New Delhi has subtly changed its stance on democracy promotion in a move to align itself with the United States and differentiate its value systems from China. Indian grassroots developmental initiatives encourage the processes of democratisation at a local level and seek to promote gender parity and the inclusion of marginalised groups in their local socio-economic milieus. The ITEC programme has also run several technical courses on election management and good governance for Africans. However, the official Indian stance continues to emphasise non-interference in the internal affairs of partner countries, and India has remained silent on the question of democracy and governance in African countries in contrast to donors from the global North who often seek to tie aid to the improvement of human rights.

Indian thinktanks and policy circles frequently highlight the country’s successful developmental experiments based on frugal innovation and how such models could potentially benefit African countries. ‘Jugaad’ in Hindi stands for ‘an improvised fix, a clever solution in adversity’. A well-known case of frugal innovation is the ‘Jaipur foot’ – a cheap prosthetic limb with a wooden interior and a sponge-rubber protective exterior that takes a few hours to manufacture and costs around $80 – a small fraction of the cost of a comparable product in Europe or the United States. Another example is the MittiCool refrigerator made from terracotta clay that does not require electricity. Similar innovations have taken place in India for the delivery of low-cost healthcare including inexpensive eye surgeries. India has, moreover, exported its brand of frugal innovation to Africa by offering tele-education and tele-medicine services under the auspices of the Pan-African e-Network (PAN), inaugurated in 2009. As of 2017, 22,000 African students obtained degrees through distance learning programmes from Indian universities; 770 tele-medicine consultations were carried out annually, and 670 continuous medical education (CME) sessions were conducted through the PAN.

Another example that New Delhi frequently highlights is improved food security resulting from the adoption of appropriate technologies and the success of its agribusiness sector. Home-grown ‘triple A’ (affordable, appropriate, adaptable) technologies are portrayed as being particularly useful to Africa on account of similar socio-economic and climatic conditions. India has thus consistently advertised the lessons from its Green Revolution as a sustainable solution for the African continent. In recent years, digital governance models developed in India have also been introduced to African stakeholders. These include the Aadhar biometric identification system, which uses cloud technology; the United Payments Interface (UPI) developed by the National Payments Corporation of India, which merges several bank accounts into a single platform, enabling instant mobile money transfer; and Co-Win, a government web portal developed to fight the Covid-19 pandemic and administer vaccinations.

Another feature of the Indian developmental model – public-private partnerships – has attracted interest from African partners. These arrangements, where the public sector acts as an enabler of the private sector by providing conducive legal and business frameworks and financial guarantees, have often been successfully harnessed to address developmental needs within India. When New Delhi extends development assistance to African countries, it advocates the fusion of public and private stakeholders with the aim of developing local capacity in an inclusive manner. For instance, the PAN aimed to link several private super speciality hospitals in India with their public-funded counterparts in selected African countries. By facilitating a network of independent healthcare providers in India with potential patients in Africa, the PAN, which was funded and administered by the Indian government, aimed to improve African medical infrastructure as well as encourage private Indian healthcare providers to strengthen their outreach on the continent. This has resulted in a phenomenal rise of medical tourism from African countries to India. The recently launched ‘Study in India’ scheme works on a similar principle. A number of private for-profit universities are linked together in a common portal, and are able to recruit international students directly, with the Indian government merely acting as the initial facilitator for their internationalisation. India’s civilisational wisdom in the form of Yoga and indigenous medicine have also received a fillip in Africa in recent years. The newly established AYUSH (Ayurveda, Yoga, Unani, Siddha and Homeopathy) ministry seeks to popularise Indian traditional systems of medicine globally. Representatives from African countries have been invited to attend workshops on AYUSH systems and a number of scholarships are offered to African students at the undergraduate and postgraduate levels. These moves point to a refashioning of India’s identity as an emerging power that seamlessly, and often in a contradictory manner, fuses its prowess in modern science and traditional wisdom.

African reactions to India’s outreach are mixed. An Afrobarometer survey conducted in 2015 showed that the Indian model of development was the least preferred on the continent. However, some scholars conclude that India’s presence in Africa is generally viewed positively, as it offers African policymakers a greater range of developmental partners. Our ongoing study confirms these perceptions. In addition, we find that India’s official development cooperation initiatives have often not had the desired impact. Having studied the impact of the PAN in three African countries, we find that Indian initiatives do not adequately take African agency into account in their design and execution. PAN’s initial successes were short-lived as the programme came to be perceived as irrelevant and not designed to respond to local needs.

India continues to grow its diplomatic and political clout, and is scaling-up its Africa outreach. However, Indian policymakers cannot assume that their country’s development experience provides a blueprint for African development. India’s African outreach must pay greater attention to African developmental requirements and priorities and cannot rest solely on the country’s normative imaginary.

Meera Venkatachalam is a Postdoctoral Fellow at the Centre for African Studies at the University of Mumbai. Recent co-edited publications include India's Development Diplomacy and Soft Power in Africa (Boydell & Brewer, 2021). Dan Banik is Professor of Political Science at the University of Oslo, Director of the SDG Initiative and Host of the 'In Pursuit of Development' podcast.