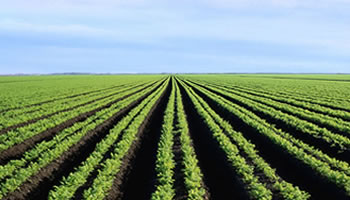 Recently, the media spotlight turned on so-called ‘land grabs’ – whereby agribusiness, investment funds and government agencies acquire farmland in Africa, Latin America and Asia. Private sector expectations of higher food and commodity prices and government concerns about longer-term food and energy security have made land a more attractive asset. But land is central to livelihoods, culture and identity for millions across the developing world. Large-scale land acquisitions can have lasting repercussions for the future of agriculture, including the role of agribusiness and family farming. Rather than rushing into land deals, governments and investors should properly consider the wider range of options to invest in agriculture. In many parts of the world, family farmers have proved efficient and dynamic. Working with them can generate healthy returns, avoid the risks associated with land acquisitions, and improve farmers’ livelihoods.

Farmland acquisitions – what are the risks?

Some media reporting has oversimplified what is often a complex reality. Not every acquisition is a ‘land grab’ – much depends on local context, the terms of the lease, how it was obtained, and local reactions to it.

Land acquirers are a very mixed bag – from a finance tycoon that reportedly concluded a deal for 400,000 hectares with a local warlord in Southern Sudan; through to an agribusiness with established track record in tropical agriculture that negotiated a sophisticated contract for both production and processing in Mali, and that applies the social and environmental standards of a multilateral development bank.

In general, large land deals carry big risks. People may lose the land, water and other resources that have supported their livelihoods for generations, while the jobs created in return may be few, short-lived and low-paid. Although there are perceptions that land is abundant in Africa, most cultivable land is likely to be already used to varying degrees of intensity, or is at least claimed by local farmers, herders and gatherers. The problem is that the land rights of these people often have no proper legal recognition. This exposes local groups to the risk of dispossession and investors to that of local contestation.

In addition, where investors do not deliver on their promises, recipient countries bear significant opportunity costs. The massive scale of some reported land acquisitions raises serious questions as to the likelihood that the deals will translate into viable investments without sustained public subsidies. In fact, the 2010 World Bank report “Rising Global Interest in Farmland” documents major problems not only in terms of adverse social impacts, but also with regard to commercial or financial viability. As it has been the case of some recent biofuel projects in Mozambique and Tanzania, which have collapsed or have been converted to other land uses.

Investors too may lose in the process. While expectations of greater returns from agriculture have attracted new players to the sector, some investors underestimate the challenges of large-scale tropical agriculture and the major political and reputational risks linked to large land acquisitions in poorer countries. The reported failed acquisition of 1.3 million hectares by Daewoo in Madagascar vividly illustrates both types of risk. Some investors hope to reduce political risk through acquiring land in multiple countries; but experience with natural resource investments shows that renegotiation and expropriation tend to happen in waves, often linked to changing world commodity prices.

Is there an alternative?

The global demand for food and agricultural commodities creates new opportunities for agriculture in Africa. Family farming has long provided the backbone of the agricultural sector in much of Africa – and when given a chance, family farmers have proved to be highly dynamic and responsive to market forces. In Ghana, for example, Kuapa Kokoo – a cooperative of 60,000 cocoa farmers – has run a successful business for more than 15 years. The cooperative owns 45% of Divine Chocolate Ltd, a chocolate manufacturer and distributor based in the UK, and is now expanding into the US market. Public policies and infrastructure to support family farming are needed today more than ever.

Where outside investment is needed to sustain agriculture and livelihoods, productivity gains can be achieved through business models that involve supporting local farmers. Some of these models are well tested, such as contract farming, where local farmers cultivate land with support from the company, which then purchases produce at a guaranteed price. There is also growing experimentation with a wider range of models, such as joint ventures or land leases with local communities. In Mali, for example, the biofuel company Mali Biocarburant SA buys jatropha nuts from the local farmers it supports. The farmers own 20% of the business and sit on the company’s board – a strong incentive for them to provide reliable supplies of good-quality nuts.

Of course, none of these models are perfect. Most involve partnerships between players with different negotiating power, resources, information and skills. Also, the transaction costs of organising farmers’ meetings and developing joint negotiating positions can be large. Investors may be concerned about the reliability or quality of supplies. Therefore, sustained support to strengthen the capacity of farmer groups is key to making these models work.

For even the most enlightened business models, the specific terms matter a great deal. Depending on its terms, contract farming may be a vehicle for supporting farmers and improving their market access, or an exploitative relationship where farmers effectively provide cheap labour and carry production risks. Similarly, joint ventures with farmers can enable greater local control of the business. But, if inappropriately designed, they can deliver only nominal influence over key decisions, and little or no dividend as profits are siphoned off through transfer pricing.

What is needed to bring about better alternatives?

Much recent debate has focused on the proposed international principles for ‘responsible agricultural investment’. International guidance can provide investors that want to do the right thing with a useful benchmark. But it is unlikely to reach the bad apples. In the longer term, a solid business case for more inclusive models, effective government regulation, strong farmers’ groups, and robust public pressure and oversight are more likely to make an impact on investment patterns and outcomes.

Investors’ willingness to work with local farmers as part of their core business, rather than as peripheral corporate responsibility initiatives is central to success. Doing this makes business sense. Agribusinesses with a long track record in Africa have done it for decades. Better articulating this strong business case can help consolidate and expand private sector buy-in.

Government regulation can help promote more inclusive models. Much experimentation with these models is happening in countries where regulation has created strong incentives for businesses to work with local groups. In South Africa, for example, the land restitution process has started to bite in rural areas. As land changes hands from companies to local people, companies are forced to work with communities to keep their businesses going. But the fact that governments are giving away land virtually for free creates no incentives for investors to explore alternatives to land acquisitions.

Farmers must be in a position to negotiate effectively with government and investors. The experience of a sugarcane growers association in Uganda shows that farmer mobilisation and collective bargaining can make a real difference to the price paid to the farmers, the terms and conditions regulating contract farming, and more generally farmers’ voices in the industry. External support and facilitation can also make a difference.

Finally, governments cannot always be trusted to act in the public interest – vested interests and corruption may stand in the way. So transparency and public oversight of government dealings, and sustained pressure from civil society and farmers’ groups are needed to hold governments – and investors – to account. Internationally, this pressure has been mounting over the past couple of years; keeping it up can help make the renewed interest in agriculture work for broad-based sustainable development.

Sudan in Africa: A Vision for the ...