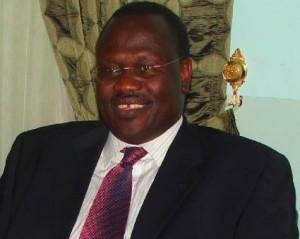 At this time of year, tall, green grasses conceal the shallow swamp that stretches out on the far west side of the village of Pinydit leading to the bend in the River Jur as it swerves to avoid Gogrial Town.  These marshes are the surface-level, communal grave of many teenagers who died in the 2008 violence between the communities of Gogrial East and Gogrial West Counties.  Their bodies were never collected nor buried in their families’ homes.  The collection of the dead would have encouraged the losses to be counted, and retribution and compensation to be sought.

At the end of four years of escalating violence, in which tens of thousands were displaced and thousands killed, the traditional leaders of Gogrial East and Gogrial West agreed to forfeit any claims of truth telling, retribution and compensation.  This was at the request of President Salva Kiir.  A court case the year before had demonstrated the complexities of truth telling and apportioning responsibility after widespread conflict, also highlighting potential complications in the logistics of the delivery of any compensation.  The severity of the fighting in the last months had only further deepened the inability to achieve a truth account by consensus.  Therefore, with a shared desire for an end to hostilities and a return to peace, the leaders agreed on impunity for all who were culpable for the violence.

The amnesty and effective impunity offered by President Salva Kiir on the 9th July for actions during the North-South war also may reflect a recognition of the complexities of truth-telling and compensation, as well as a desire for peace at the present time.  With more Southerners dying in South-South violence than North-South violence in the two decades of the SPLA led war, there is necessarily much intricacy in any sufficient account.  This reduces the possibility a of mutually accepted account, and of apportionment of responsibility and loss.

Vice President Riak Machar apparently took this opportunity to admit culpability for the Bor massacre in exchange for this impunity offered by the President.  The “˜Bor massacre’ refers to a period in the early 1990s, after the split of the SPLA, during which significant atrocities occurred between the Dinka Bor, and Nuer communities with their leadership from the Nasir-based faction of the SPLA.  This Nasir-based faction was, at the time, led by Riak Machar.  While Machar denied any intention or instruction for the violence against civilians in the Bor massacre, as a leader at the time, Machar confessed that this leadership necessitated his culpability.

However, while the chiefs of Greater Gogrial in 2008 accepted the need for impunity, it is unclear if Machar’s apology will satisfy the Dinka Bor community’s perception of justice.  This is especially as the children who survived this massacre are now a visible presence amongst the vocal, educated young adults of South Sudan.  Plus, it is unclear, even if the apology was not fully accepted as just, whether it would be accepted in exchange for short-term or long-term peace and cooperation.

Yet, Machar’s apology may be better perceived as perceptive politics than prioritizing peace building.  Simultaneous to Machar’s apology were Kiir’s contemplations over the appointment of his new, post-independence cabinet.  With only Kiir and Machar’s positions promised as secure, there was much anxiety and competition for the remaining positions.  Machar’s timely apology could be seen as coinciding with the Dinka Bor community’s growing anxiety about a lack of representation in the government, and their increasing lack  of unconditional loyalty to Kiir and the Dinka Rek community he is perceived to represent.

Beneath the shade of an ageing tree, a few paces from a rare brick building in the village, the young Dinka Rek man shuffles on his broken, blue plastic chair.  Studies and work had taken him away for months, but he still looked at ease back in his brother’s small brick home in the village.  He is full of news of the Independence Day in Juba and the long awaited government appointments.  Just the day before, after weeks of apprehension, his uncle had been reappointed to one of the most senior positions in the government of the Republic of South Sudan.  “At least now I know everything will be alright”, he said with an easy confidence.

The male youth of the Dinka trace their personal history, and episodes of success and failure, in line with the triumphs of their uncles.  When their uncles succeed, especially uncles on their maternal side, they expect to share the benefits of opportunity and provision.  When their uncles falter or die, the nephews state this as the cause of their struggles.  When the uncles fail to give them good jobs, educational opportunities or financial benefits, their complaints are widespread.  With such strong responsibilities, there is a sense of obligation in ensuring that the family and wider community benefit from one’s success.  The heads of families and traditional leaders carried the burden of providing for their people.  The leaders in the modern government are perceived to have the same duty.  Therefore, in the construction of the national cabinet, the attention of the observers was on which communities would gain representation.  They assumed that a member of their own community in government would enhance their personnel benefits.

Since the 1980s, the Dinka have often been conceived as one monolithic community.  Therefore, the Dinka Bor community could be represented in the political arena by a particular member of the Dinka Rek community.  However, the geographic separation of their homelands, as well as their history, fails to testify to a consistent homogeneity.  Their current unity seems best traced to the common enemies during the North-South war.  During the 1980s, most Dinka were united in their battle against the regime in Khartoum and, in the 1990s, the Nuer communities and Nasir SPLA were a common adversary.  However, with the absorption of the Nasir SPLA back into the main SPLA, and with the ending of the North-South war, there seems no necessity in the contemporary unity among the Dinka in politics and the military.  Recent dominance of the leaders from the Dinka Rek communities (including those of Warrap State) has suggested their lack of priority to be inclusive of Dinka Bor.  Further, Dinka Bor resistance to this dominance has shown their willingness for an ending of former loyalties.

Machar’s timely apology opens the way for the possibility of support for him from the Dinka Bor community.  This would create a united power block between the communities of the old Greater Upper-Nile to counter the power of Dinka communities of the former Greater Bahr al-Ghazal.  While this still seems far from a political reality, it was a union privately contemplated by senior leaders in the Dinka Bor community prior to the 9th July that may not have been permanently pacified by current distributions of power.  While public discussions may centre around whether Machar’s apology is adequate for peace, the key question may be whether it is adequate for a new political climate.