DRC elections: Congo is on the move, but where is it going? – By William Townsend 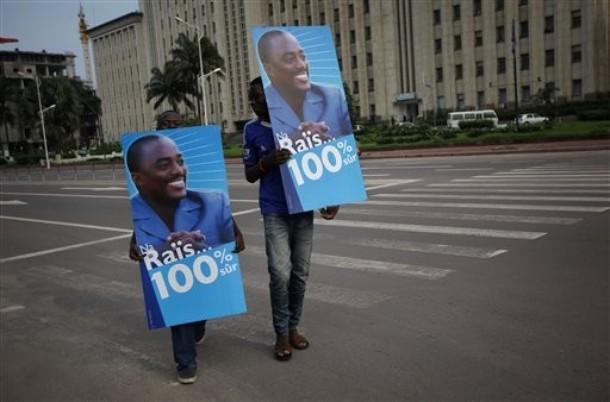 “˜Congo is on the move, but where is it going?’ asked Dr Theodore Trefon (author of the African Arguments book Congo Masquerade) at an international conference, hosted by the Royal African Society in London earlier this week. It was hoped that the historic presidential poll conducted in the Democratic Republic of Congo (DRC) last November, only the second since six years civil conflict came to an end in 2003, would consolidate plurality and herald a new era of political accountability. Instead, Kris Berwouts (until recently, the Director of the Belgium-based European Network for Central Africa) described the unfolding political picture as one of growing uncertainty and pervasive insecurity, limiting opportunities for the Congo’s vibrant civil society to take root and flourish.

The November 28th poll was the first back-to-back multiparty contest the Congo had ever experienced. Following what was deemed a successful first election in 2006, it was widely agreed that this time the international community had taken their eye off of the ball in the run up to, and during, this crucial second test. Trefon went on to describe the resulting political stalemate and absence of a master-plan as a consequence of reform failure – indeed, there have been many changes in the Congo since the time of Marshal Mobutu, but few improvements.

The international community’s apparent assumption that the consolidation of democracy would not require the level of diplomatic and financial solicitude previously made available, was a mistake. This mistake has left Sub-Saharan Africa’s largest state more divided and its future relationship with representative government unclear. This sentiment was echoed by former Foreign Office Analyst, Marco Jowell, who stressed that the international community had not acted early enough to raise concerns, despite clear moves by the incumbent to circumvent the spirit of the democratic process by altering the constitution (removing the second round of voting) to favour his chances of re-election. Failure on this multilateral front was matched only by the inadequacy of bi-lateral engagement in the run-up to the elections. Citing departments that were losing country experts, desk officers and senior staff, the UK’s research capacity and pool of knowledge from which to inform key decision makers was severely muted, leaving the government with only a “watch and wait” policy available.

This was compounded by a perfect storm of other “˜distractions’ around polling day, causing the UK’s focus on the DRC to wane. Egypt was entering a new phase of the Arab Spring as it too was scheduled to go to the polls; the economic recession remained foremost in the minds of the UK public; other issues across Africa, for example in Nigeria and Somalia, were giving rise to concern in the FCO, whilst Afghanistan remained top of the defence and development agenda; and, finally, it was approaching Christmas, when the intensity of monitoring drastically slows.

This concern was reinforced by the observations of Eric Joyce, MP, who has been among the most vocal British political figures in holding the Congolese government to account. From the start, Joyce who also chairs the Great Lakes All Party Parliamentary Group, was frank: “being diplomatic and tip-toeing around doesn’t get you very far with the Congo.” His concern was that politics in the Congo hinges too much on the personalities of the contenders at the expense of sound policy prescriptions and long-term ambition. For this reason, he contended, the inflammatory gestures and call to arms that emanated from the leading opposition candidate, Etienne Tshisekedi, explain the lack of international appetite to help precipitate change. Unlike the recent ballots in Cote d’Ivoire and Zimbabwe, the international community did not collectively call on the incumbent to step aside, even after proven widespread fraud, irregularities and the deaths of civilians. The growing wariness of Congolese affairs can be traced beyond the political sphere, to the extent that even international mining companies are hesitant about setting up shop in the Congo.

Overwhelmingly however, one message surfaced from the conference on which all panelists agreed – in order to move forward, it is necessary to reassess how we think about and engage with the Congo. Harry Verhoeven encapsulated this point by suggesting that, for decades, politics in the Congo has revolved around elites keeping the state weak and avoiding entry into a social contract with the Congolese people. In the wake of the November elections, acquiescing to a business as usual approach will benefit nobody, but the international community must be realistic about its ambitions and opportunities to elicit solid development outcomes. As the security sector reform project reveals, it is naí¯ve to think that international partners have significant leverage over events in the Congo. However, hope was raised at the prospect of renewed engagement with local-level politicians with whom it might be possible to effect lasting change.

The scale and complexity of the challenges ahead cannot be overstated and despite its painful history and strategic importance to the rest of Africa and the World, the DRC still receives too little attention in global discourse. Whilst it is true that the Congo hosts the world’s largest UN mission and has received billions-of-dollars in international aid, it is worth recalling that, during the secession of Yugoslav states, nearly ten-times as much money was pumped into Southeastern Europe over a corresponding period. Looking ahead, it is essential that Congolese people, NGOs, foreign diplomats and donor governments press for and support the completion of the electoral cycle; the local and provincial elections scheduled for the months ahead will be vital to the development process and empowerment of local people.