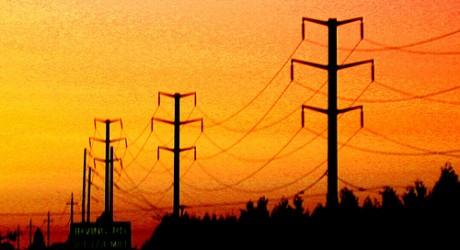 The world in which we live is a chaotic place. The triple trauma of the food, fuel, and financial crisis has wreaked havoc in a number of unsuspecting economies. Bailouts and all manner of rescue packages are sweeping across Europe and North America, even as recessions, high unemployment, and overall economic shrinkage threaten once stable economies. Certain industrialized nations, which previously grew at average rates exceeding 3 percent, are barely reaching annual rates of 2% since the global financial and economic crises struck. In Europe, unsustainable budget deficits and weak financial positions have stimulated an unprecedented sovereign debt crisis. Interestingly, although African countries experienced a downward turn in 2009 with growth rates dropping to 2.3 percent (from 6.1 percent in 2007), they have since rebounded to an average of 4.7 percent in 2010 and 5 percent in 2011. Inflation rates have also dropped, while monetary policy has been accommodative or neutral. Even a Heavily Indebted Poor Country like Ethiopia that is non-oil producing and has been ravished by drought and famine, has defied all expectations, growing at 8 percent in 2011.

There was a drop in commodity prices in 2008 (due to decreased demand from developed economies, which caused the commodities price index to drop by 56 percent), which impacted on African economies (since they continue to rely on exports of primary commodities), however prices rebounded in 2009, stabilized in 2010, and are on an upward trend. This has led a number of analysts to inquire about Africa’s possible role as the next global growth pole. Indeed, according to The Economist, 6 of the world’s 10 fastest growing economies in 2010 were in sub-Saharan Africa. They were Angola (11.1%), Nigeria (8.9%), Ethiopia (8.4%), Chad (7.9%), Mozambique (7.9%), and Rwanda (7.6%). Between 2011 and 2015, Ethiopia is expected to lead at 8.1%, followed by Mozambique (7.7%), Tanzania (at 7.2%), Congo and Ghana (7%), Zambia (6.9%), and Nigeria (6.8%). The Economist further concludes that “the simple un-weighted average of countries’ growth rates was virtually identical in Africa and Asia.” It goes on to predict that “over the next five years Africa will likely take the lead – that is, the average African economy will outpace its Asian counterpart.”

Despite these positive and impressive predictions, it is clear that Africa has a “lighting problem.” Much of the continent literally remains in the dark. While there has been a dramatic surge (pun intended) in the number of power generation projects financed through public-private partnerships and other innovative schemes, the reality is that Africa will need a formidable boost in its annual installed generation capacity. Its current total power generation capacity -estimated to be 125 GW (which is comparable to that of the United Kingdom) – is unacceptably low. Moreover, only 29 percent of sub-Saharan Africa’s population has access to reliable electricity. Foreign Direct Investment (FDI), Official Development Assistance (ODA), and other forms of aid will certainly have a role to play in deepening the continent’s infrastructure density; however significant resources must also be mobilized locally. African countries will need to adopt innovative and aggressive domestic resource mobilization schemes to be able to finance complementary small, medium, and large sized projects to light up the continent’s future and support its ascension to the role of the next global growth pole.

While much has been said about Africa’s vast natural resource base, including its compelling renewable energy potential, the truth is, without the appropriate legal and regulatory frameworks “” and we would add “” the requisite policy instruments such as feed-in-tariffs, for instance investments in this robust asset class will remain low, while private capital maintains a risk-averse stance. Though creating the appropriate legal infrastructure takes time, governments are under pressure to deliver as soon as possible.  Nevertheless, legislatures should be wary of cutting and pasting of laws from other jurisdictions without taking into consideration the realities of their own countries.  Domestic solutions need to be found. Once in place, it is the responsibility of government to enforce the laws they enact.  Equally important is the negotiation of energy contracts.  Governments without the necessary domestic expertise to properly negotiate contracts should seek assistance.  Several international law firms provide pro bono assistance for the negotiation of the myriad of energy related contracts.  Such law firms should help increase the capacity of local lawyers.  Though the contract process is long, it is essential to do it correctly rather than rush into a concession contract for instance and be bound by unfavorable terms for several decades.  The cost of ill negotiated contracts can be a barrier towards effectively achieving power generation goals as well as lead to long and expensive lawsuits.

Private investors should be attracted both domestically as well as internationally, however, they will require adequate incentives and certainty against all manner of risks. It will therefore be incumbent upon African leaders with input from the private sector to ensure a strong business enabling environment that will catalyze the flow of financial resources to dramatically increase power generation, such that the cost of doing business in Africa drops, investments in productive sectors lead to greater growth, African populations can develop socially and economically, and ultimately so that spillover effects will have a positive global impact.

This is certainly no small feat, but we are optimistic that, given their demonstrated resilience in the face of the formidable challenges presented by the series of global crises, African countries are well on their way towards this admirable development path. We implore them not to lose momentum.