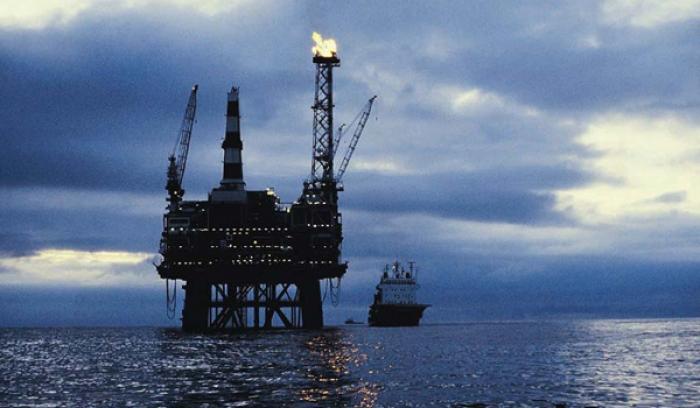 The oil and gas boom in East Africa is an opportunity, but one which requires constant attention.

Over the last 8 years, a lot has been happening in the Uganda oil sector following the discovery of commercially viable quantities in the Western part of the country. Since then, there have been more finds along the Albertine graben spreading all the way to the Acholi region in the North of the country. Tullow Oil, which made the discoveries in Uganda, has struck lucky again in Kenya discovering oil in March this year, followed by another find in May. Tanzania hasn’t missed out either, as they also found commercially viable gas quantities there. Generally, this should be viewed as good news for the East African countries, but it calls for more attention to be paid to the oil and gas sector.

The level of interest in the sector has grown with many groups trying to find their niche. This is very visible in the way civil society members relate to the sector, developing media interest and the introduction of curricula in the oil sector by academics.

With this background in mind, I want to react to an article that was written by Thembi Mutch on this site. Firstly, I would like to say that it appears to have been written in good faith and that it was aimed at informing people on what she thought were the misgivings in the sector. However, she failed to acknowledge the facts on the ground and the growing stakeholder engagement at all levels in the past years.

This article will concentrate mostly on Uganda, which has had a vibrant civil society over the years, and has been involved in the oil and gas sector in both research and advocacy work. I will also make reference to Kenya, since I have been at the forefront in setting up the Kenya Civil Society Coalition on Oil and Gas.

Thembi began by discussing the inefficiencies of the media. She states that the media bulges with “˜spartan press releases’ parroting obscure rhetoric more suited to the oil and gas exploration trade press. Media treatment of this subject has however greatly improved in recent years with deliberate training programs for journalists set up to this end. These include instruction in the history of the oil sector, the current state of the sector, and how to report on oil and gas issues. The African Centre for Media Excellence (ACME) is particularly active in this department.

The article goes on to mention a list of issues that are absent in the oil and gas discourse in East Africa. All these issues are in fact major priorities for many organizations that are part of the Civil Society Coalition on Oil in Uganda (CSCO) members. For example, WWF, Kitara Heritage Development Agency, Advocates Coalition for Development and Environment (ACODE) and many others spend a great deal of time and energy engaging with the local communities, incorporating them in the ongoing discussions.

Thembi also says that local communities are not being provided with facilities they should benefit from as a consequence of the region oil boom. She mentions schools, hospitals and roads. However, roads, hospitals and classroom blocks have all been built, as is evident on the ground.

People tend to confuse the ideals of Corporate Social Responsibility (CSR) with the responsibilities of government. To put this straight, there are two questions that need to be looked at. Firstly, who is responsible for infrastructural development? Is it the government or the oil companies? Secondly, Is CSR a must for the oil companies? Is there any regulation that stipulates how and when companies should fulfill their social responsibilities? To answer the first question, it is the government which is responsible for infrastructural development. To answer the second, there is no regulation in place and CSR is not a necessity for a private company.

Thembi went on to say that people are not debating the sector’s financial issues. This is a flawed perception. In Uganda, many stakeholders are participating in getting comments on revenue management into an amendment of the Public Finance Act. This is taking place even before the bill is tabled in parliament. This kind of participation was evident over the last 6 months when the Natural Resources committee was receiving comments from the general public on the 2012 Petroleum Bills. This gave an opportunity to all Ugandans to submit to the committee what they thought was essential in making the Bills work for them.

Finally, I want to concentrate on what civil society has done and is doing. I will highlight a few organisations specifically, but there are many more.

CSCO and Publish What You Pay (Uganda Chapter) have for a long time been calling for transparency in the oil sector. CSOs have called on the government to embrace the Extractive Industry Transparency Initiative (EITI) and this was one of the most prominent demands in the CSCO comments on the 2012 Petroleum Bills.

Thembi talked of some NGOs that are behind the sidelines lobbying for “˜no go zones’ in the oil areas. One thing for sure is that over the last 2 years there has been a massive clampdown of NGOs operating in the area. Many CSOs are not allowed in these oil areas unless they get permission from the ministry of energy, which takes an inordinate amount of time. Even the community based organizations in the oil regions face such hardships. CSCO has had some of its members arrested for going into the villages to educate the locals on oil issues. CSOs have gone on to organize talk shows through local radio. In Tanzania, Revenue Watch is supporting organizations to rally locals together to deal with the core issues in the sector.

Lastly, it is wrong to state the CSOs are doing nothing about land issues. The recent standoff between the government of Uganda, Oxfam and Uganda Land Alliance clearly demonstrates the work being done here. In the last three months both organisations have risked their operating licenses by writing reports that mentioned the land grabbing in Acholi and the oil areas. The government has since then asked Uganda Land Alliance to retract the report because it “˜demeaned the person of the president.’

On information networks, there is now a website aimed at the general populace on oil issues run by Action Aid. This information and more can be found at www.oilinuganda.org. Leaving that aside, many members of CSCO have produced leaflets and other written material with the sole aim of informing the locals on the issues in the sector. Many of these have been translated in to local dialects.

We need to acknowledge that East Africa, as it begins to exploit its oil reserves, is in a better position than Nigeria was in 1958. Two things stand out. Firstly, there is a great presence of civil society actors and many other stakeholders – something that was never the case with Nigeria. This gives hope that more effective oversight will exist as the sector grows. Secondly, the requirement to have regulations controlling the sector before the resource comes on line is a massive bonus. Countries like Nigeria never had that luxury.

Oil is new to the region and we need to be very cautious whilst making clear demands on what we want to see from the sector. We can’t expect that the East African region can be like Norway overnight. There are going to be ups and downs. The need to keep positive and be objective in our debates would go a long way in making it benefit everyone, especially the common man.

Tony Otoa is the Coordinator of the Civil Society Coalition on Oil and Gas in Uganda.