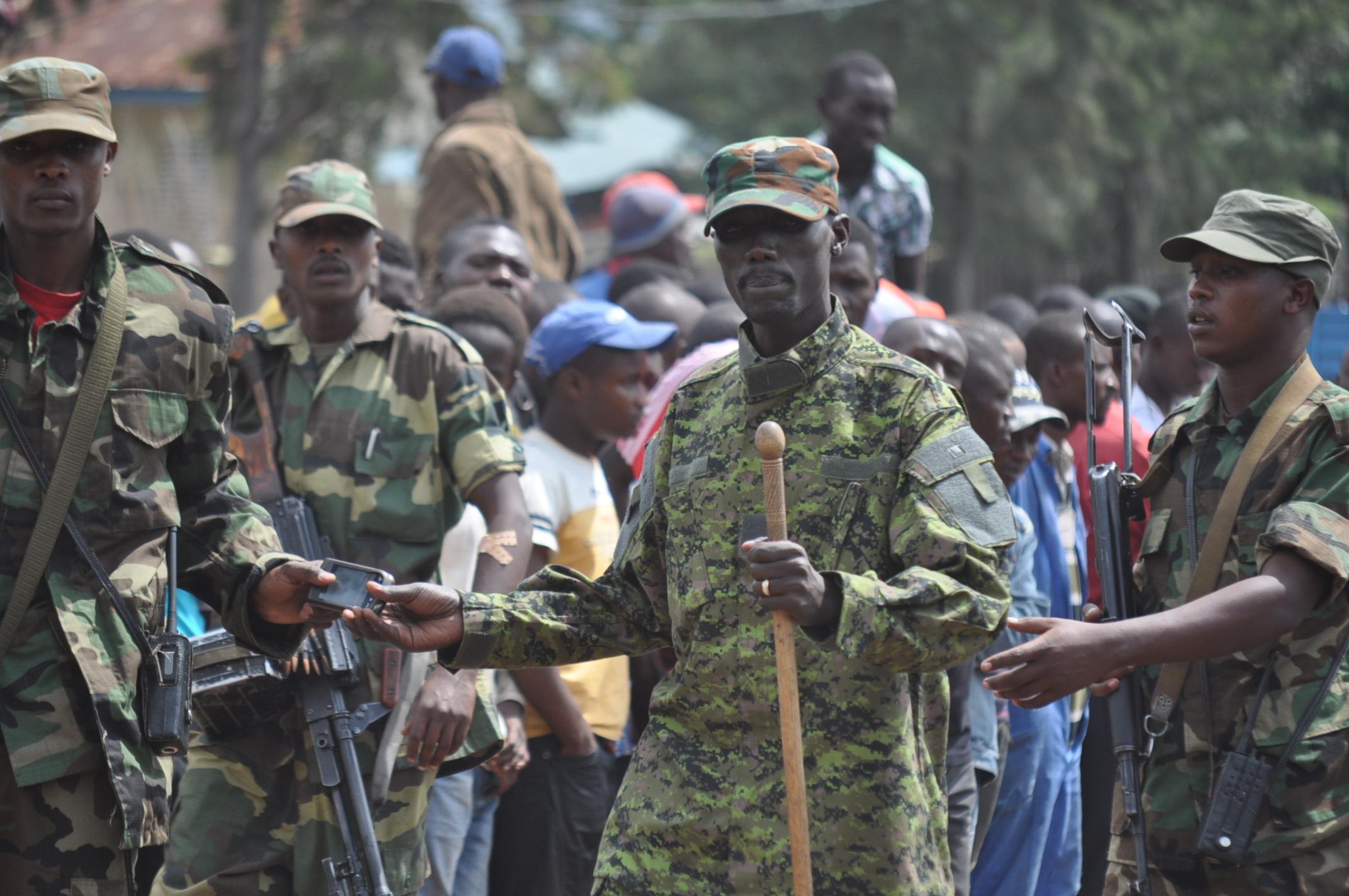 The day Goma fell to the M23 I was on my way there, having planned to take a boat to Eastern Congo’s largest city on November 20th from Bukavu. Eventually I had to travel to Kinshasa through Bujumbura and Nairobi. Three weeks later, the flights from the capital to the east have become normalised again.

Goma will never be my home away from home. The grey rock, formed from the lava from volcanic eruptions, is not my favorite geological feature, and the explosions of cyclical violence have put a permanent haze over the city that does not allure me to it. However, today I’m glad to be here.

The rebels have left Goma – after eleven days of occupation under a lot of media attention – taking away everything which wasn’t too heavy or too hot to carry. Before they left, they plundered state institutions, banks and arms/ammunition depots .They withdrew to the hills, but have kept Goma within easy reach. The Congolese police and the FARDC took control of town. The population didn’t know quite what to expect – everybody knows how the Congolese “˜regular’ army sometimes misbehaves. But so far, this has not been too much of a problem.

This does not mean that the violence is gone – the conflict is just on hold. When M23 conquered Goma the gates of the central prison were opened and approximately 1,500 detainees escaped. Many of them were innocent, but there were also criminals among them, including 400 soldiers. Today they are the most important source of insecurity in the city. Petty theft is also on the rise. People live here, as they do elsewhere in Congo, from day to day – they have no financial reserves. Unexpected and destabilising events, as with those in the last weeks, thoroughly disturb their survival mechanisms. Nowadays, many people are caught stealing basic necessities such as bread or flour.

In general, Goma’s inhabitants are nervous – they stay at home in the evening and make sure they have something to defend themselves with.

People are waiting under high tension for what will come next. It’s widely known that no final, sustainable solution has been found. M23 has left town because direct negotiations in Kampala were announced under the auspices of the International Conference on the great Lakes Region (ICGLR). This multilateral structure unites eleven countries of Central and East Africa in an attempt to manage the conflicts between them without violence. ICGLR is very young, and for the time being its greatest merit is that it exists. This is not meant as a cynical remark, I just mean that we should be modest in our expectations.

In the meantime, the negotiations started. Although “started” might not be the proper term – let’s just say that both camps have a delegation on the spot and from time to time they do seem to talk to each other. They exchange taunts, produce smokescreens and put procedural questions of all sorts on the table. A lot of things happen, but these are not negotiations. It is not even completely clear what the negotiations should be about. Reviewing the agreements of March 23rd 2009? That was M23’s first objective, but since then the sky became the limit – right now they are asking for nothing less than the resignation of President Kabila.

I haven’t met anyone who genuinely thinks Kampala will formulate sustainable solutions to end the crisis. It is all very old school – a tried, tested (and largely failed) recipe which historically has rarely produced anything edible. M23 has already threatened that, if the negotiations fail, they will take back Goma.

In the meantime, a lot of troop movements are reported from the field, with the main armed groups busy taking up new positions. M23, as well as the FARDC, seem to be preparing for a new confrontation. This might be in Goma, but it could also be in Masisi as well. In Beni tensions are also rising rapidly. It is very difficult to follow. A friend working on security at a very high level told me: “I spend my entire working days on the verification of rumors and 9 out of 10 turn out to be wrong…the line between reinforcing your positions and preparing for another battle is very thin.”

Of course there are also other players on the armed groups map. For the last couple of weeks it has looked like the FDLR has been making a comeback. They had been weakened by the different military campaigns since Umoja Wetu in 2009, but since the fall of Goma, they have carried out several attacks on Rwandan territory. These attacks boosted their moral and also provided them with new weapons. It is difficult to verify information on the FDLR – there is a good chance that it might be propaganda in one way or the other. But one thing is sure: for the first time in a very long time, the FDLR has attacked positions in Rwanda itself, and Kigali considers this to be very worrying.

Empty spaces do not exist in Congo. At least they don’t remain empty for a long time. The fall of Goma and Sake, the Congolese army’s flight, M23 withdrawing from Goma… A lot of people have taken and left positions. This increased the competition between the smaller armed groups who are very keen in filling in the deserted space to reinforce their own positions. This does not only increase the tensions between these armed groups, but also between the ethnic communities, because the line between them is also very thin.

Fully aware of the fact that Monusco is not the answer (at least in its current form) people are looking forward to the neutral force which has been discussed for the last months. In the first place this is thought to concern the Tanzanians who are expected to play an important role in the framework of ICGLR.

Last week SADC countries decided to contribute 3,000 soldiers to this neutral force – this is good news. Some of Congo’s historic allies are member of SADC. But it makes the Rwandans very nervous. There are a lot of indications that the countries in the wider region are making efforts to avoid an open regional war, but in the meantime it is also obvious that everybody is aware of the strategic interest of Congo.

Everybody is waiting, although it is unclear what exactly they are waiting for. It is also unclear who has the initiative. Not Kabila, his position is very weak. M23 is stronger in the field, but they seem divided. The military and civilian leaders sometimes blatantly contradict each other, and there are at least two camps within the military leadership.

It is unclear whether relations between M23 and Rwanda are smooth. As far as Rwanda itself is concerned, they might have overplayed their hand. In recent months, the regime has faced criticism from all but its most loyal international partners. All of them took financial measures against Kigali. At this moment, the United States stands as Kigali’s last western ally, even if a lot of voices in the US are pleading for a drastic change of policy.

The internal debate was crystallising around the question of who would succeed Hillary Clinton as the Secretary of State. Since the nineties, she has been close to the RPF regime. It will take a bit of time to work out what the impact her withdrawal will have on US policy in the region. But I doubt if Rwanda is at this moment holding the steering wheel of the process with much confidence. They gambled heavily, and it’s not clear that it has paid off.

The question “What will happen next?” is a good one. I only hope you don’t expect the answer from me. I don’t know, basically. Nobody does, I’m afraid.