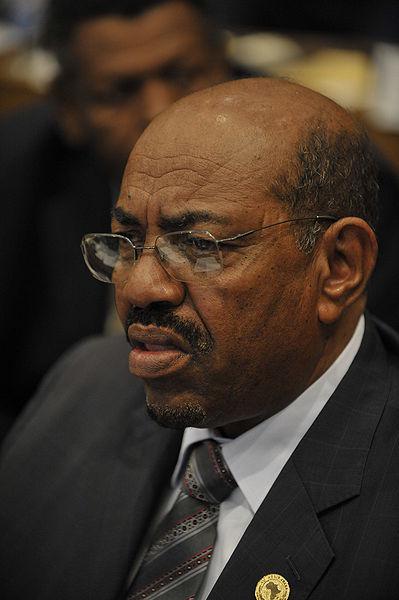 Omar al Bashir is the most high-profile ICC indictee and his appearance in Chad next week signifies a backwards step for the court.

As Cí´te d’Ivoire takes a major step towards ensuring accountability for grave crimes by joining the International Criminal Court (ICC), Chad is once again failing to live up to its obligations as a member of the Court by hosting fugitive from international justice Sudanese President Omar Al-Bashir.

The Sudanese president is attending the summit of the Community of Sahel-Saharan (CEN-SAD) in the Chadian capital this weekend. He is expected to pay a further visit to Chad in mid-March.

Al-Bashir is no normal visiting foreign dignitary. He is the first sitting head of state wanted by the ICC for genocide, war crimes and crimes against humanity. Crimes allegedly committed against his own population in the Darfur region of western Sudan.

Chad is an ICC member state and under the Rome Statute””the Court’s founding treaty””it has an obligation to arrest and surrender any ICC suspect. Authorities there have failed to comply with their treaty obligations on two previous occasions, in 2010 and in 2011, when they allowed Al-Bashir to be on Chadian territory without arresting him.

By repeatedly hosting Al-Bashir, Chad is casting its lot with a small group of states who have hosted an ICC fugitive. However, this group is diminishing. In 2012, not a single ICC state party hosted the Sudanese President.

In 2010, Al-Bashir attended the signing ceremony for the new Kenyan constitution. However, the following year, in response to a case brought by the International Commission of Jurists against Kenya’s attorney general and internal security minster, the Kenyan High Court ruled that the Sudanese president must be arrested should he enter the country again.

In 2011, Al–Bashir attended the inauguration of Djibouti President Ismaí¯l Omar Guelleh, while Malawi hosted him during the summit of the Common Market for Eastern and Southern Africa. However, neither has hosted Al-Bashir since.

Last year, newly-elected president of Malawi, Joyce Banda, reversed the position of her predecessor by refusing to host the 2012 African Union summit if Al-Bashir was to attend.

Chad’s step backwards this weekend is in stark contrast to this positive trend, and will serve only to isolate it from other ICC states parties. African states are increasingly demonstrating their commitment to accountability by upholding their ICC obligations.

Three years after signing an agreement for the restoration of harmony between Chad and Sudan, Chad cannot continue to argue that arresting Al-Bashir would cause instability. Kenya’s decision to restate its obligation to arrest the Sudanese President led him to threaten to cut diplomatic ties. But these threats went no further. Chad could always take grievances with Sudan to the International Court of Justice or the African Union which have mechanisms to deal with threats of aggression.

Suspected perpetrators cannot be allowed to run the show while sidelining the Court.

Cí´te d’Ivoire today officially joined the ICC by depositing its instrument of ratification of the Rome Statute at the UN in New York, the first state to do so in 2013.

As the 34th African state party, Cí´te d’Ivoire has strengthened the continent’s voice at the Court and will have the opportunity to further demonstrate its commitment to the fight against impunity in the years to come.

Meanwhile, a key hearing is to open in The Hague next Tuesday to determine whether former Cí´te d’Ivoire president Laurent Gbagbo will face trial at the ICC for alleged crimes against humanity that followed the country’s disputed 2010 presidential elections, during which an estimated 3,000 people died. In April 2003, Cí´te d’Ivoire had accepted ICC jurisdiction as a non-state-party.

Chad’s non-compliance with its ICC obligations should not overshadow the fact that Cí´te d’Ivoire is now among the growing number of supporters of the Court. But it is a reminder that being a member of the ICC requires a state to demonstrate its support to the Court and its commitment to the fight against impunity even when the political impetus is to look the other way. Words must be followed by actions.

By Stephen Lamony, Senior Advisor at the Coalition for the International Criminal Court.