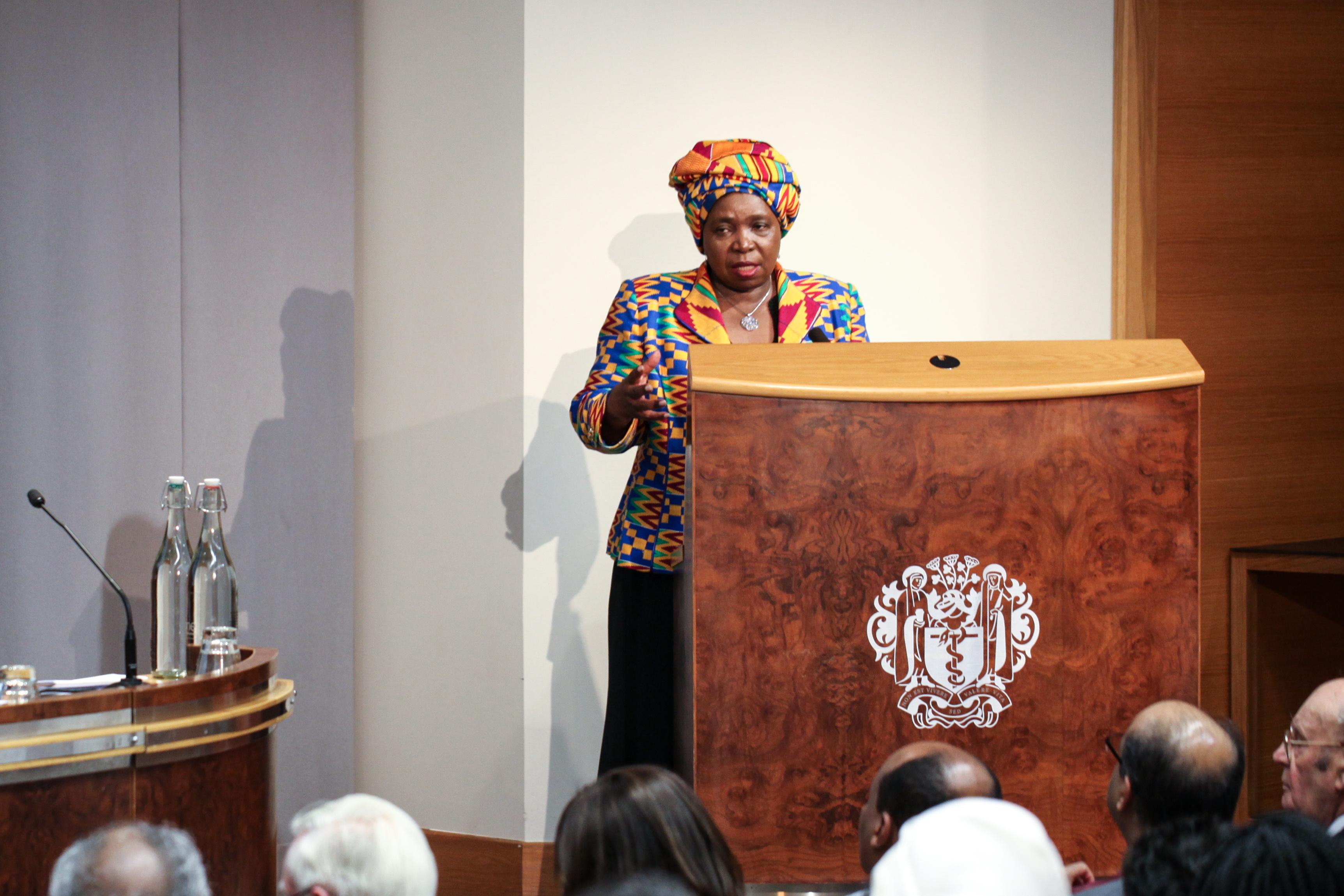 Nkosazana Dlamini-Zuma, Chairperson of the African Union, wants to get tough on tax avoidance in Africa (Photo: Ben Elwyn).

Dr Nkosazana Dlamini-Zuma, Chairperson of the African Union, congratulated G8 countries for taking issues of tax and transparency seriously, particularly with reference to African countries. However, she questioned why such discussion “always take placed at the end of the G8″ suggesting that the issue warrants a more central focus. This had seemed likely when British Prime Minister David Cameron made the “˜3 Ts’ – Trade, Tax and Transparency – the theme of this year’s meeting.

However, it has been suggested that the current crisis in Syria, perhaps justifiably, gained most of the G8’s serious attention. Nonetheless, NGOs campaigning for greater regulation of tax havens and other (currently legal) methods of tax avoidance, professed disappointment at a failure to come to a deal. Whilst, as Larry Elliott reports in the Guardian, Cameron announced “real progress”, campaigners such as the Tax Justice Network saw commitments as vague and non-binding.

Dr Dlamini-Zuma, speaking last night at the Royal African Society’s Annual Lecture, also commented on the existence of inequitable contracts within the extractive industries in Africa – the sector that has been most influential for high economic growth in the continent over the past 10 years. She added that often companies that engage in corrupt practises in Africa have bigger legal budgets to fight such cases than the governments with which they negotiate.

This was a point that was reiterated by RAS Chair Lord Malloch-Brown, who stated that legal and accounting firms, often based in the City of London, should show greater responsibility regarding which companies they aid in pursuing unethical practises. Malloch-Brown’s consulting firm FTI Capital recently settled out of court with Israeli mining magnate Benny Steinmetz’s BSG Resources after being sued by the company following the blocking of the BSG’s proposed development of a mine in Guinea by President Alpha Conde. FTI Consulting has, however, not accepted liability in the case.

Dlamini-Zuma, who delivered a lecture entitled: “˜The African Union: the next 50 years’, detailed a number of other practises used by multinational corporations in order to limit the amount of tax they pay in the countries in which they operate. For example, undervaluing the commodities they have extracted in order to be taxable on a smaller profit.

She also complained about the lack of transparency in the registration of companies which transgress – “we don’t even know who owns the company” she said, but admitted that for contracts to be effective “both companies and governments must be accountable”.

Dr Dlamini-Zuma, whose lecture set Africa’s underdevelopment in its historical context, was particularly critical of the implementation of “˜structural adjustment’ in the 1980s and 90s which had “choked off public expenditures on social services.”

On “˜Land Grabbing’, Dlamini-Zuma stated that if foreign governments or companies wanted to buy up large areas of Africa’s agricultural land or “˜Greenfield sites’ for industry, then what is produced “must at least be partially [produced] in the continent.”

Finally, when questioned on the AU’s capacity to help get rid of corrupt, ineffective regimes, such as that in the Democratic Republic of Congo, Dlamini-Zuma strongly argued that if a government has been democratically elected then there is nothing the AU can do about the way in which it runs the country. Only when a coup takes place is the AU prepared to step in.