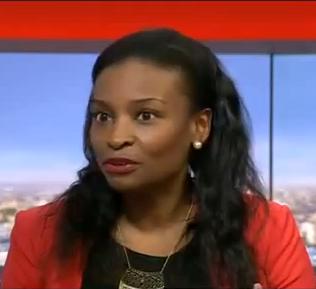 “˜Beneficiation’, the term used to describe the proportion of the value derived from mineral exploitation which stays in country and benefits local communities, is hardly a recent phenomenon in Africa, and has often been term “˜resource nationalism’. The push towards local value-creation has been particularly strong in the minerals sectors of South Africa, Zimbabwe, the DRC, and Zambia and in the oil and gas sectors in Angola and Nigeria.

Mining and energy and other hard commodities sectors have been less labour intensive than other industries, a fact which has deepened social expectations, and spurred the emergence of new industry policies aimed at opening up linkages between the extractives industry and the rest of the economy. However, a key challenge remains the extent to which local conditions prove conducive to the local processing, refining or smelting of raw hard commodities, and clarity in legislation around local content policies.

The beneficiation push has been greatest in the southern African region, especially in South Africa which has introduced a tax incentive for research and development (R&D) for the mining sector in relation to the mineral beneficiation. In South Africa, up to 10 of the country’s main commodities have also been identified for beneficiation.

Mining giant De Beers has formed joint ventures with the Botswana and Namibian governments to accelerate local beneficiation of raw diamonds, and is also in talks with the South African government. Earlier in the year, Zambia banned First Quantum Minerals (FQM) from exporting 60,000 tonnes of copper concentrates for processing, asking the miner to exhaust all local options for processing first. Similarly, in neighbouring DRC, the mines ministry in April 2013 banned exports of copper and cobalt concentrates in a bid to encourage local processing. In April 2011, Zimbabwe banned the export of unprocessed chrome ore in a bid to boost domestic processing capacity.

With varying degrees of implementation of such policies across the continent, a tangible measurement of the success of beneficiation will be the extent to which it creates sound linkages with parts of a country’s real economy as well as its impact on job creation. Natural resource policies have to strike the right balance between distributing the benefits of resource extraction to the wider population and creating incentives for investors to extract minerals in the first place. A fundamental challenge in the region is that such linkages are few and far between and are underdeveloped, primarily due to a lack of other critical infrastructure such as power. Thus resource extraction on the whole must generate enough output to make local value-added processing viable, while large domestic and regional markets would be necessary to absorb locally manufactured outputs.

With regards to local content legislation, the picture is mixed.  Nigeria provides another example of how linkages between primary sectors and industry are creating high-end value chain activities. In Nigeria’s oil and gas sector, the local supply chain has grown and expanded, underpinned and encouraged by government policy over the past couple of decades. From around 3% in the 1970s to an estimated 50% by 2012, local content development in Nigeria’s energy sector has been a long and hard process that appears to be yielding some results. Many local Nigerian companies now own and operate upstream oil and gas assets and provide high-end drilling and engineering services to multinational oil companies. Across Africa, success will remain mixed. Many local companies face persistently high business and trade costs; barriers that could still undermine the impact of these beneficiation or local content policies.

China’s evolution from resources-for-infrastructure activist to acquisition protagonist: Sino-African trade remains buoyant, surpassing US$120 billion in 2011 and the trend is not likely to shift over the next decade. Indeed Africa’s share of China’s mineral imports has increased 15 times in the last 10 years.  Thus, the extractives industry remains the main focus of Chinese investment in Africa.

China is now the second largest global importer of oil, while Africa supplies close to 28% of China’s crude oil requirements.  In one sense, China’s model of engagement in Africa’s extractives sector has not radically changed, whether it is granting soft loans at globally competitive rates or commodities for infrastructure bartering.  But there is notable and observable shift, which could eventually and gradually displace the older model of large concessionary loans in exchange for infrastructure projects.

Pre-2008, oil and mineral-rich countries were the top priorities for such infrastructure for resources loans. Now Chinese loans are not automatically linked to access to mineral equity for Chinese firms, and many negotiations are now being handled as a stand-alone process. China has gradually increased its appetite for direct acquisitions as a form of market-entry in Africa. Under the present model of engagement, Sinopec’s direct acquisition of oil explorer Addax Petroleum in 2009, stands out, and was the largest foreign acquisition by a Chinese firm. Another Chinese state firm, CNOOC has also pursued a similar tact. In 2010,  for $1.4 billion, Chinalco acquired a 47% stake in Guinea’s Simandou iron ore project from Rio Tinto; Chinalco already had a 9% stake in Rio Tinto.

In 2011, Chinese Nickel firm, the Jinchuan Group, acquired South African miner Meteorex for $1.3 billion to access copper and cobalt assets in Zambia’s copper belt and in the DRC. Second, in some recent cases, China has pursued joint venture and partnership opportunities with local firms or other international investors Chinese companies as means of creating attractive financing structures for projects; a variation on its commodities for infrastructure development model. In the Democratic Republic of Congo’s (DRC) cobalt sector for instance, China Railway Engineering Corporation (CREC) and Sinohydro, have entered into an agreement to establish a joint Sino-Congolese venture, Sicomines.

The era of disclosure

Transparency in oil and mineral extraction in SSA remains a major policy issue for governments and industry stakeholders. In a ground-breaking move in 2012, Sierra Leone’s government created an internet database for mining contracts that would allow public access to revenue data for the country’s extractives industry, covering everything from license payments, to contributions made to local traditional leadership structures.

In Guinea, following a contract mining contract review process, enacted by the government, a new mining code was adopted in 2011, and was followed in February 2012, by the online publication of more than 60 documents relating to 18 mining projects in the country.

These two examples are interesting for the following reason; the adoption of technology as the modern platform for transparency improvements, the emphasis on public access to information that would otherwise have remained in an elite political domain or inner circle of government insiders, and finally, the fact these two pioneering countries – Guinea and Sierra Leone – are relatively small countries, with more recent histories of conflict, and thus relatively weaker institutional capacity than the more established, and relatively less transparent ( at least as far as public access to oil and mining contract information is concerned) resource-rich countries such as Nigeria or Angola.

Meanwhile, well-known initiatives such as the Extractives Industry Transparency Initiative (EITI) continue with varying degrees of compliance by African countries. Section 1504 of the US Dodd-Frank Reform Act will become operational from the end of 2013 with important implications for foreign companies involved in oil and mineral extraction in Africa.  The US Securities and Exchanges Commission (SEC) has mandated that companies subject to Section 1504 must begin disclosing payments, on an annual basis, after September 2013. Given the wider investor profile now operating in Africa’s extractives sector, section 1504 will also have implications for non-US registered companies who are listed on US stock exchanges or registered with SEC.

In addition, from a finance perspective, lenders to African extractives projects are now likely to place greater and more stringent demands on creditors seeking funds to invest extractives industry projects, since the funding of such projects could potential create avenues for payments which could violate section 1504 stipulations within Dodd-Frank. The EU has also passed legislation mirroring the Dodd-Frank act. While there are likely to be differences of opinion amongst investors’ home countries on the interventionist nature of Section 1504, there is likely to be more general consensus on the fact that disclosure requirements are more likely to create a level playing field for investors in Africa’s oil and minerals industry. There are however limits to the impact that transnational resource governance initiatives such as Dodd-Frank 1504 can have in Africa in the absence of strong local institutions.

Notwithstanding the regulatory strengthening of extractives industry operations in Africa in recent years, initiatives such as the EITI are still voluntary in their reporting stipulations. Dodd-Frank has taken a step further given its ability to become legally enforceable. While several companies in the oil and gas sector are seeking a clawing back of Section 1504, and the relaxing of reporting rules, it is clear the global trends has clearly swung in favour of disclosure. Whether such disclosure is adopted voluntarily or as part of an obligatory process is a moot point.

Rolake Akinkugbe is a natural resources expert, and Head of Energy, Oil and Gas Research, at pan-African Ecobank Group. She can be contacted on rakinkugbe@ecobank.com

You can access the full version of the original report here