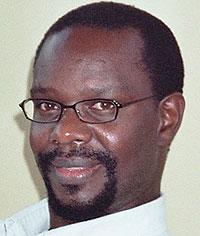 Rwanda and South Africa are once again caught up in a diplomatic row. This erupted following reports of an attack by a group of armed men on the Johannesburg residence of Rwandan dissident and former Army Chief of Staff, Faustin Kayumba Nyamwasa. The attack, which took place on March 3rd, comes on the heels of the killing last December of Rwanda’s former external intelligence chief, Patrick Karegeya. Both incidents and the attempted killing of General Kayumba in 2010 have brought suspicion upon the government of Rwanda for being behind them.

Unlike its South African counterpart, the government of Rwanda gave explicit reasons for its decision: “We have expelled six South African diplomats in reciprocity and concern at South Africa’s harbouring of dissidents responsible for terrorist attacks in Rwanda”. There are indications that the situation could escalate further, with sources in Kigali and Johannesburg suggesting that the two countries might end up severing ties and shutting down their respective embassies.

Few who have tracked the evolution of relations between South Africa and Rwanda would have predicated these developments 20, 10 or even 5 years ago. From very early on, before the Rwanda Patriotic Front (RPF) seized power in Rwanda, its relationship with the African National Congress (ANC), South Africa’s ruling party, was one of mutual understanding and support. Indeed, when the ANC discovered that the Apartheid government was a key supplier of arms to the Habyarimana government, which was at the time in mortal combat with the Kagame-led Rwanda Patriotic Army, it intervened and stopped the shipments.

After both the RPF and the ANC installed themselves in power, the two movements took to each other with enthusiasm. Bringing them together were their shared Pan-Africanist orientations, rejection of racialism and ethnic bigotry, and aspirations to build societies founded on the principles of equality of opportunity for equal citizens. This, members of the two movements believed, marked them out as progressive, pro-people movements and added further cement to the foundation on which their relationship was built.

There were also home grown approaches they applied to the need to reconcile highly divided societies – South Africa using the Truth and Reconciliation Commission, Rwanda the gacaca courts and the activities of the National Unity and Reconciliation Commission. Armed with the experience of addressing their own divisions at home, Rwanda and South Africa went on to play a key role in ending armed conflict in Burundi and reconciling warring groups. Even in the DRC, prior to the eruption of the M23 rebellion, the two countries have worked together via processes such as the Sun City talks, Rwanda’s role in ending the CNDP rebellion and South Africa’s in helping the DRC prepare for the elections that followed. Arguments concerning Rwanda’s role in the M23 rebellion and South Africa’s participation in the UN’s Force Intervention Brigade notwithstanding, the two countries continue to work together on the DRC crisis via efforts within regional and international frameworks.

In addition, both countries have significant commercial interests on each other’s territory – South Africa in telecommunications, engineering and transport, Rwanda mainly in aviation. Rwanda’s national carrier, Rwanda Air, has also previously benefitted from the vast technical resources at the disposal of South African Airways to service and maintain their aircraft. Today the two airlines are operating a code share arrangement whereby they each sell each other’s tickets and ferry each other’s passengers. Further, South Africa has also provided training to elements of the Rwandan military and intelligence services and also supplied a wide assortment of materiel.

So what has happened to sour a friendship that seems to have run more than merely skin-deep? To understand this and put it into proper perspective, one has to recall that relations among states are conducted via their officials. Two of the key Rwandan officials through whom its relations with South Africa were once conducted were former army chief of staff, Lt. General Faustin Kayumba Nyamwasa, and former chief of external intelligence, Colonel Patrick Karegeya. After the two fled Rwanda, they headed to South Africa where, courtesy of their official functions, they had cultivated deep friendships with officials there. They could have stayed in Uganda where they had friends in high places as well, and where they had lived as refugees for many years. Uganda, however, was too close to Rwanda geographically, and relations between the two countries were already strained, with efforts at rapprochement ongoing. Uganda therefore could not afford to host them.

A number of things then happened after they arrived in South Africa and were granted political asylum. They established a political party and, sources in Kigali say, set about engaging in activities to undermine Rwanda’s security. The accusations are specific and include collaboration with the Democratic Forces for the Liberation of Rwanda (FDLR), the DRC-based rebel group whose members and leaders are accused of planning and executing the genocide against the Tutsi, and coordinating the throwing of grenades in Kigali in recent years. Sources indicate that the government of Rwanda approached its South African counterpart and requested extradition of the two men. The South African government’s response was to refuse to hand them over, a decision some in Kigali attribute to the influence of their friends in high places who now stand accused of treating their personal friendships as more important than those between the two governments. The frustration in Kigali at South Africa’s treatment of their concerns is palpable.

Meanwhile sources in Johannesburg suggest that the South African government is frustrated at the failure by its Rwandan counterpart to treat their reluctance to hand over the fugitives with “˜maturity’. The sources add that a key reason for the refusal is South Africa’s conviction that the two men would not get a fair trial in Rwanda, evidence Rwanda cites of the superiority complex of the South Africans.

Karegeya’s death and the attacks on Kayumba, all of which the South African government seems to attribute to its Rwandan counterpart, have served only to worsen relations that have long been fraught. The Rwandans, however, insist that the South African government, which has not yet concluded investigations into the incidents and made the findings public, has no grounds for levelling such accusations.

There is probably a lot more to the row than meets the eye. But the story already in the public domain raises some questions. The two countries do have an important shared history, so why then has a row that might have been defused by, at the very least, Rwanda requesting the relocation of the two men and South Africa doing so, been allowed to simmer and escalate to the point of threats to sever relations completely? Also, if it is true that this is a row animated by personal relationships and the activities of individual officials, it should not be allowed to damage irreparably a historically good and mutually beneficial relationship.

Frederick Golooba-Mutebi is a Kampala and Kigali-based researcher and writer on politics and public affairs.