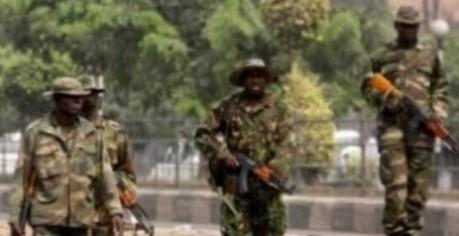 Long-running issues of regional integration and political representation lie at the heart of today’s violence in northeastern Nigeria.

In late June, at a meeting with the College of Bishops of the African Church, Nigerian President Goodluck Jonathan made some interesting comments on the Nigerian Civil War of 1967-70. Jonathan sought to compare the war with the ongoing conflict in Northern Nigeria, and the struggle between government forces and the Islamist militant movement Boko Haram. One of his statements ran thus: “In the North-East, it is almost like it is even worse than the Civil War because in the Civil War, you know if you are here, you know the battle line, either a Biafran or Nigerian. You know where to run to. Right now, you don’t even know where to run to because the enemies are in the Sokoto (trouser) pocket.”

This comparison, albeit a fairly limited and superficial one, demonstrates the extent of the concern that the present day insurgency in the north is causing in the country. Jonathan is not the only Nigerian to have harked back in recent months to the Civil War, which saw Nigeria’s Eastern Region attempt to secede from the country under the leadership of the now deceased General Ojukwu.

Famed Nigerian playwright and poet Wole Soyinka has also spoken out on the similarities and differences between Biafra and Boko Haram. The scale of violence and uncertainty, and the regional nature of the fighting have raised the spectre of Nigeria’s past grapples with regional tensions and differences, and the Biafran War provides the most obvious and dramatic historical example for comparisons and lessons to be drawn from.

However, Jonathan’s portrayal of the war as it compares to the struggle against Boko Haram falls short for two key reasons. First, it offers an oversimplified and romanticized memory of the Biafran war itself, which was a complex and fragmented civil struggle. Second, it stops short of any real effort to draw comparisons between the two conflicts, when doing so can in fact offer some interesting similarities, as well as some crucial differences between.

Jonathan’s assertion that during the Civil War combatants knew “˜the battle line,’ is less grounded in history than it might first seem. Certainly the Biafran Conflict saw more in the way of conventional ground battles, and artillery, tanks and planes were employed in ways we might consider to be more “˜straightforward’ than insurgency, suicide bombings and kidnapping. But all three of these strategies, so reviled in the media and feared at home and abroad, were also employed during the Civil War.  Ojukwu authorised several attempted car bombings of Lagos during the early months of the conflict, with limited success. Cross border guerrilla action was extremely common, as was cross border trading, as black markets thrived, albeit at great risk to the participants.

The Biafran Organization of Freedom Fighters (BOFF), was a sub-section of the Biafran armed forces that actually trained boy recruits to cross the lines and pretend to serve as Nigerian troops in order to gain intelligence and infiltrate the Federal ranks. Many of these boys never returned. Kidnapping didn’t occur in as dramatic and alarming a fashion as recent events in Nigeria, but Biafra did come under fire towards the end of the war for holding hostage several Italian oil workers who were captured by their forces.

Moreover, it was not even purely in the forms that fighting took that the Biafran War was murkier and less polarised than Jonathan’s statement makes it out to be. Many commentators today neglect altogether from their analysis that the conflict was precipitated by immense political unrest between factions in Nigeria’s three main regions. This culminated in mass violence in the North of the country, following a failed coup which had seen many high profile Northern leaders killed, and a predominantly Eastern, Igbo led military regime under General Ironsi installed.

Divisions within the army and across the country led to these northern massacres, where thousands of Igbos were killed, and a huge exodus back into the region which subsequently pulled away and named itself Biafra was triggered. Just as today many fear the potential of the ongoing conflict to escalate into full scale Civil War, the Biafran struggle also began not as a straightforward conventional war but as a series of political and social upheavals that had their genesis in regional tensions. These fault lines continued to change during the war, with the allegiance of the Western Region an uncertainty, and many divisions and struggles between generals within the Federal Government as well as in Biafra.

If one looks deeper, it also becomes clear that many of the same fault lines and tensions continue to play a role in the present day crisis in Northern Nigeria. In the 60’s one of the key grievances within the Nigerian Army, where the unrest began, was prompted by education. This took the form of an overabundance of educated eastern Igbo in the officer corps, as compared to smaller numbers from the Muslim north, where attempts to spread Christianity and the schooling that often accompanied it had been resisted and prevented under the British colonial regime.

Today similar issues have taken new forms – Boko Haram is itself opposed to the implementation of “˜Western’ forms of education. Likewise the continued underdevelopment of the North, which has created endemic poverty that itself serves to push desperate Nigerians into more extreme actions, can be traced to an extent to the failure to overcome this enduring imbalance between the North and other areas of the country.

Both conflicts also have a significant international dimension that must be recognised. Whilst the Biafran War began as a series of internal struggles, it quickly adopted a crucial external stage, as Ojukwu sought to lobby for international intervention on behalf of Biafra, and General Gowon, the leader of the Federal Government, sought military hardware from Britain and Russia in order to bring Biafra back into the federation as quickly as possible.

As the war went on, the starvation caused by federal blockages was broadcast into homes through television across the world, one of the first televised crises with which the world has become devastatingly familiar. In the same way Boko Haram has become far more than just a localised insurgency. The kidnapping of over 200 Nigerian schoolgirls from Chibok in Borno State saw the issue become transmitted on a global scale, a subject of discussion for a wider international audience than ever before.

Goodluck Jonathan and his government are appealing increasingly to external actors for support, and recent allegations of Boko Haram having linkages to wider Islamic terrorist networks are indicative of the snowballing nature of the conflict. Like Biafra before it, Northern Nigeria is rapidly becoming an international focal point, with severe implications for the shape of the conflict.

At the same time one must recognize limitations to comparison between the two conflicts. The weaponry and technology available to both sides today makes conventional war unlikely, but insurgency extremely viable and difficult to combat. The Biafran war was heavily influenced by the discovery of oil underneath the Eastern Region, which intensified both regional desires for secession and international insistence on the federation remaining intact.

By contrast, whilst oil continues to play a damaging and unresolved role in Nigerian politics, it doesn’t seem to be a primary motivation of Boko Haram. Whilst the political tensions within the army during the 60’s spilled over into Coups and infighting, it seems more likely that elections will play a decisive role in the political struggle in present day Nigeria.

It remains crucial not to fall into clichéd, rose-tinted memories of past conflicts in any context, and Goodluck Jonathan is no exception. The Biafran struggle was a fragmented affair in which infiltration, weapons of terror and local grievances played a key part. In this sense Boko Haram is not as far detached from the wars of the past as some might like to think. Long-running issues of regional integration and political representation lie at the heart of today’s violence, just as it did when the yellow sun banners flew over the cities of Eastern Nigeria.

Tom Lowman is an MA student at the School of Oriental and African Studies, London. He blogs at tomlowman.wordpress.com

President Saied has been running the country unilaterally for almost a year. The July referendum will further strengthen his rule without resistance. Those sincerely committed to the protection of global ...
By continuing to browse the site you are agreeing to our use of cookies.